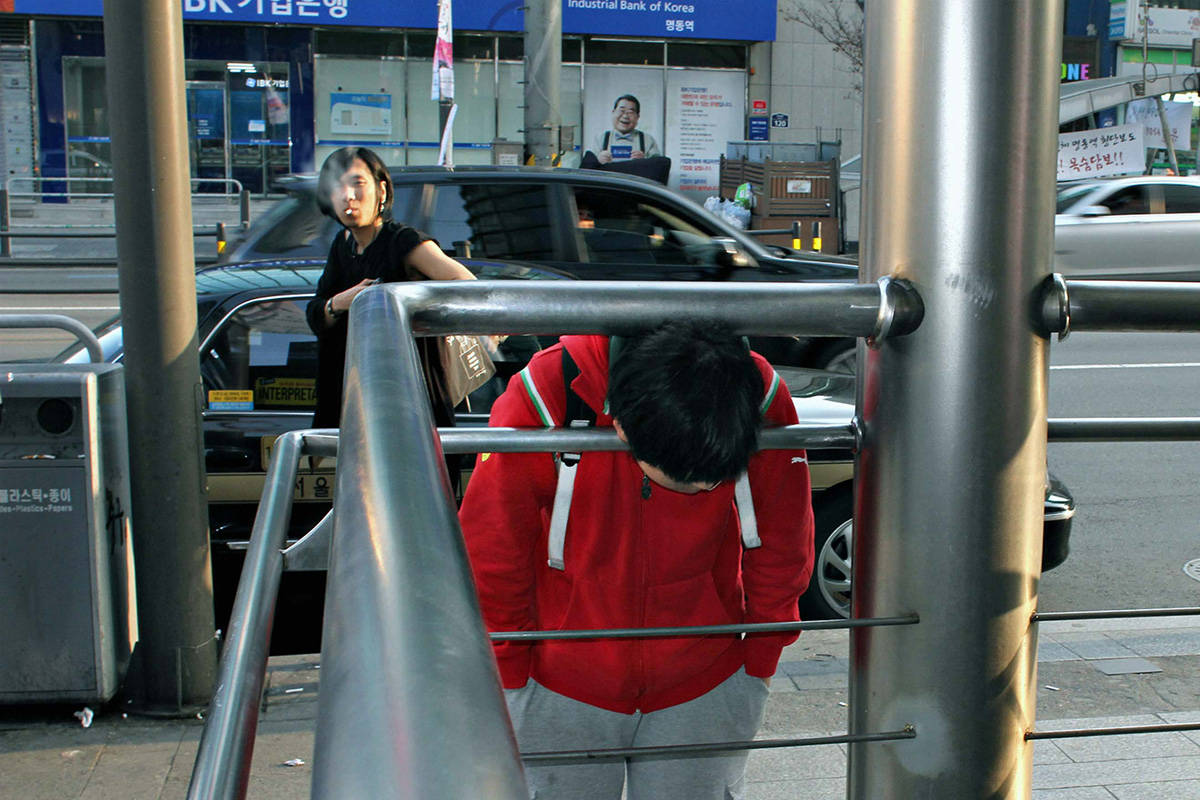 “Be the Reds!” was a phrase popularized for the Korean national football team with the color’s literal meaning to specifically show support and enthusiasm.

The phrase was imprinted on red colored accesories, mostly on shirts wore by many of the fans showing a unified color of Korea Republic during the FIFA world cup in the year 2002. The following collection of photographs were shot entirely on the same land where the phrase was originated. Edited purposedly to express a rather profound attachment about “the reds” with its literal meaning from the past in a different perspective of narrative events to adapt South Korean nature as “The Reds” interpreted through photography.