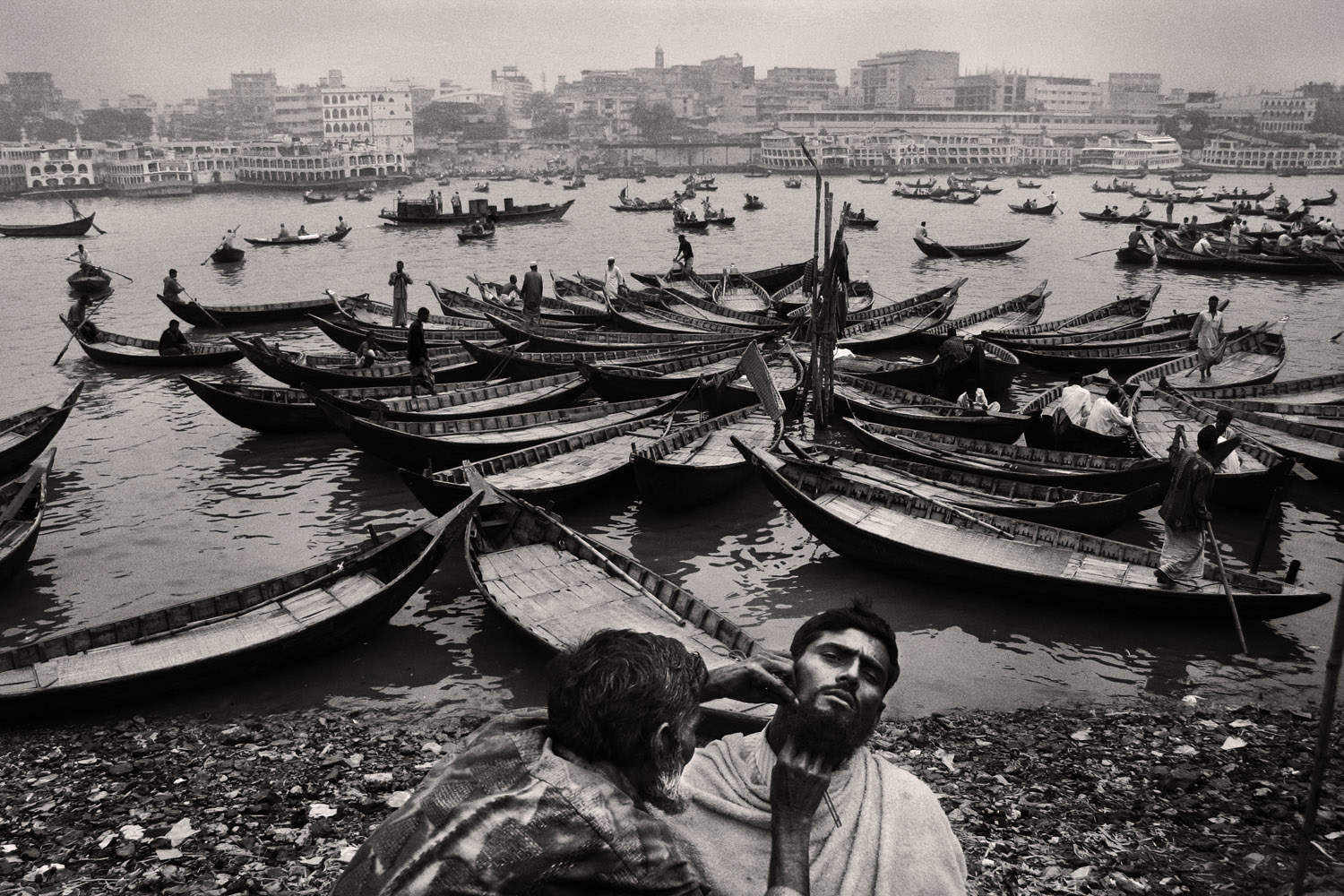 Puran Dhaka, or Old Dhaka, was a rather unlikely subject. I live here. It existed all around me. It was almost trying to find the unseen within the everyday. Old Dhaka had made me appreciate properly cooked greasy food, the sleaziest of slang, and it is where I had come to rediscover the same small town pulse of holding on to things rather than letting go.

My own childhood years in Comilla, a small town mostly surrounded by countryside and steeped in customs and traditional lifestyles, had made me not just appreciate but feel at home with relations which grew over time and bordered on tradition more than trend. But through the frames, my Old Dhaka started to divulge unseen lives and throw back at me more agonizing questions of assimilation, and even worse, deletion.

As I started to look, the world that seemed just ordinary and domestic began to unravel into an intricate web of ages-old wisdom and tradition. Festivals such as Holi celebrated with all its grandeur at Shankhari Bazar, which had seemed nothing more than fun, just throwing colors at one another, revealed bonds of belonging, spiritual continuity and rejuvenation. It ceased to be a mere Hindu festivity, but more a celebration in the joy of being. Old, regal structures that had seemed liked edifices were now symbols of “living art”.

The common sight of mothers’ bathing their children in the small courtyard and tired, old horses pulling carriages that had long ceased to be any “real” form of transport, were becoming dots in a matrix where living meant progressively building on what you have and not deleting structures, customs, ways of life which had come into place over centuries. It took time, but with every passing day, I realized why Sumitra Debi of Bonogram wants her own house and those surrounding it to stay the same. They were not merely houses; they represented her sixty years in this world. It is time and lives. Lives lived within the confines of walls breathe with those structures and their collective consciousness makes the fragments into a whole.

Words such as family, tradition, belonging mean a lot here. In fact, they are what bind. The ether, filled with collective growth, cannot be touched or seen. It is lived. Old Dhaka ceases to exist as just an area, and the streets I have called my own become one singular space that I call home.

Belonging, the Book by Munem Wasif is available for USD$50 at the IPA BOOK STORE

“It only takes a single glance to recognize a classic. The confirmation can be seen here, in this direct, forthright photography — the same quality that came through in the series devoted to “Salty Tears”, in which Munem Wasif examined, documented and questioned the situation regarding water in his country, Bangladesh. Classic by choice, starting with the choice of black and white, whose relative distancing from reality demands exacting precision in the composition. Arising, as always in photography, from a succession of rejections, eliminations and decisions, this choice precludes the picturesque quality that too often prevails when lands and peoples are viewed through the prism of exoticism. But black and white, while it places the photographer within a documentary tradition long associated with journalism, obliges him to go beyond merely transposing a visual record of the world. He must take a position, and he does, deliberately and consistently.” – Christian Caujolle