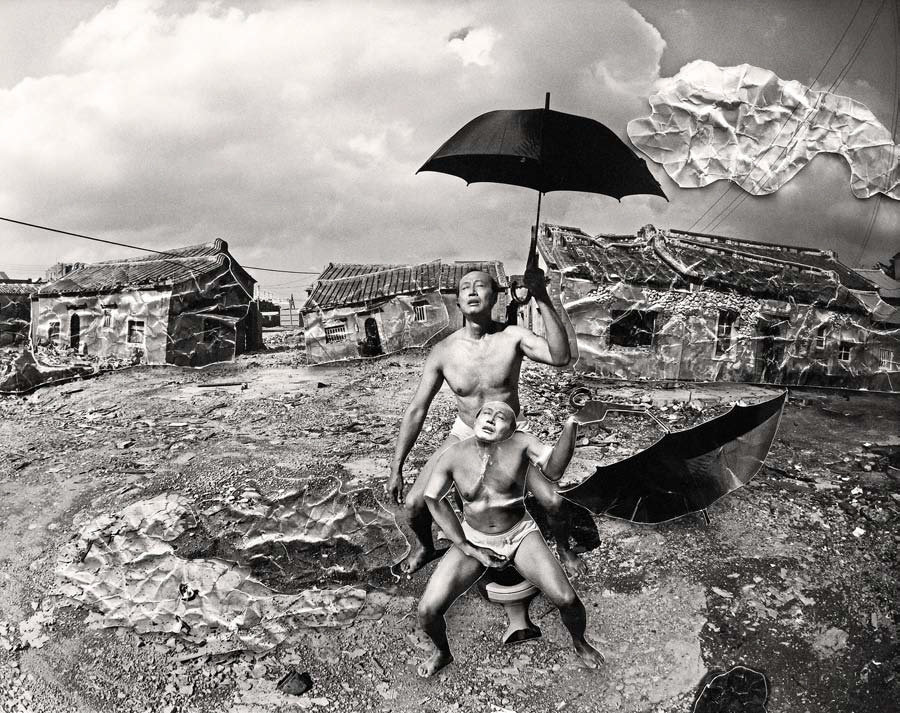 I began the Melancholy Field series in 2002. It is an ongoing project. The final implications of the subject matter are still in progress and have not yet been resolved.

Melancholy Field is about the forced modernization of the port of Hongmaogang (Red Hair Harbor), a 400-year-old traditional fishing village in the Xiaogang District, on the the southwestern coast of Taiwan. Even though there is community pressure for a moratorium on the new port, the official plan to relocate the village and its residents is moving forward.

I interacted with village residents for years, photographing them as they confided to me their sense of helplessness and despair at being uprooted and deprived of their traditional livelihood as fishermen. By photographing the people and their environment, and then making collages of wrinkled and distorted prints (which I photographed again so I could make prints of the collages), I felt I could more specifically express, and address, the inevitable destruction and displacement of the Hongmaogang community.

Cheng-Ren began photographing in 1988 while working as an engineer for the Chinese national oil company. After ten years of producing mostly documentary photography, he became dissatisfied with his images and began to experiment with more personal, expressive forms of photography. In 2002, he found his own visual language, a photographic collage style of work that allowed him to express his true feelings about life and society.