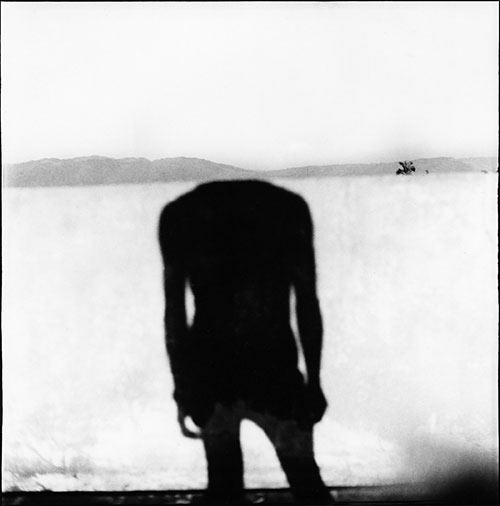 The Taipei Fine Arts Museum is currently presenting the first comprehensive retrospective solo exhibition of one of Taiwan’s finest photographers Chang Chao-Tang 張照堂. Time: The exhibition The Images of Chang Chao-Tang 1959-2013 features over 400 works of photography from 1959 to today, as well as eight documentaries and television episodes. Chang has been described as a master in surrealism. His body of work, a synthesis of western existentialism and Chinese ideology, is hailed as an iconic sign of the times during Taiwan’s White Terror period.

Chang Chao-Tang’s influence extends far beyond his own photography practice. Chang is credited with being a strong mentor and curator to many young Taiwanese photographers. He has also written and published an impressive array of essays and books on Taiwanese photography. In our own collection of Taiwanese photo books his name appears in every single one, in form or another. In this exclusive interview we talk to Chang about his achievements and photography in Taiwan.

You started taking photographs very young in high school after borrowing your brother’s camera. Were you talented to begin with or was it learnt and nurtured?

In 1958, my brother’s camera provided me an excuse to have fun during weekends. It was a much needed stress relief from my hectic school life. I didn’t feel my photos were any good then so all the negatives were discarded. Thankfully, I kept some prints which were scanned and archived accordingly.

Do you think it is important for audiences to understand the photographer’s work and motives?

Probably more so for contemporary photography. It is, however, not necessary for the other genres. Sometimes the more we understand, the less tasteful the works become.

You have worked on posed photographs and candid street photography. Is there a difference in the approach for you in terms of creating the image?

It is the choice between objectivity and subjectivity. A conscious decision whether to participate as a master of staging or just a silent observer.

Magnum photographer Chang Chien-chi said in an interview with Taipei Times that there is a danger in being too subjective because you can become too stylish. What are your thoughts on that?

There is an over emphasis on speed, resulting in a highly competitive atmosphere. Individualism soon takes over and stardom beckons. Everyone wants to command the lead role while the willingness to be part of the supporting cast dwindles. But it is the continuing development and accumulation of experience that will eventually strengthen the community. 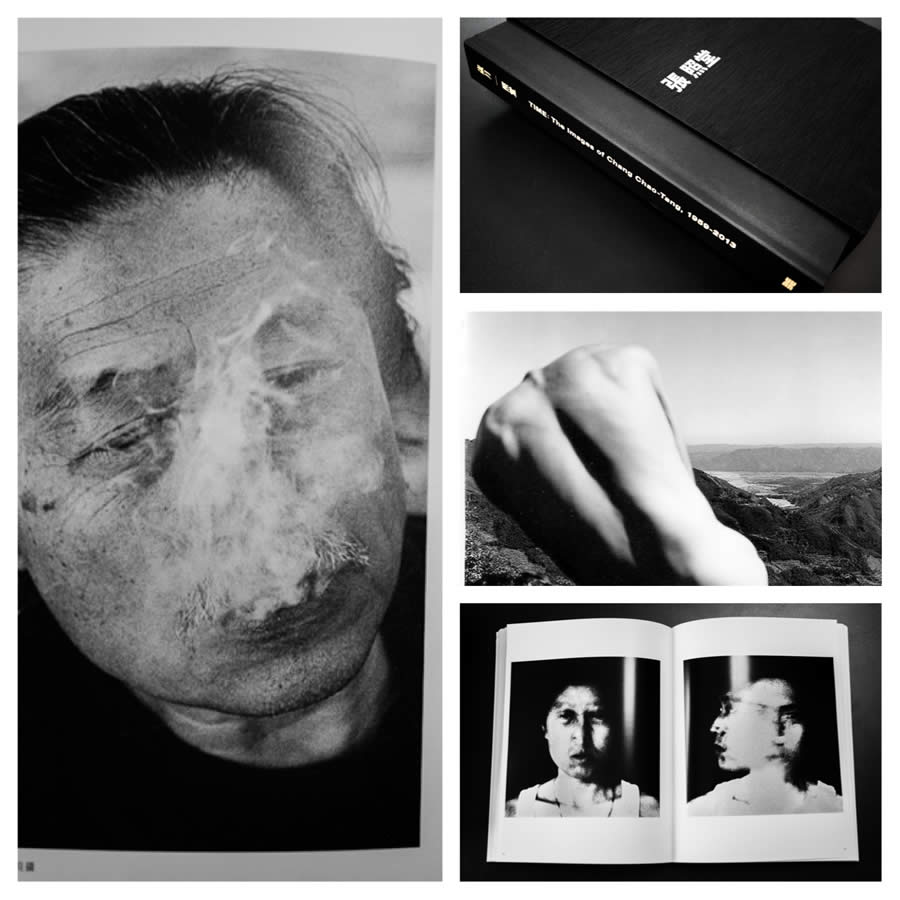 You were awarded the 30th National Cultural Award in 2011. How does it feel as a photographer to receive such an important cultural award? And do you think your images reflect the culture and spirit of the people of Taiwan?

I heard the jury’s decision was unanimous and I felt most honored.

My images reflect my life views and cultural awareness. The images are influenced by Taiwan’s diverse society, its many faces and the emotions invoked.

You were also awarded the National Award for Arts in 1999, the first time it was awarded to a photographer. Was it controversial? And how is photography viewed in Taiwan’s Art community?

I heard the jury was not in agreement but the liberal and progressive faction claimed victory. That was an encouragement for the photography community.

Taiwan’s photography community is similar to that of other countries, keen on reality, honesty, beauty, landscape and life. Photographers serve these themes and actively expand their horizons. Some photographers approach photography as a recreation. Some view photography as a technical exercise. Others embrace it as life. This diversity, however, does not aid or facilitate the exchange of ideas and craft.

Do you think most great photographers or artists are conflicted people? That great work can only come from a place of turmoil and conflict?

Turbulent times easily give birth to heroes but heroes require talent, willpower and hard work. Even during peaceful periods, one’s life can be one of loss and conflict.

In your essay, you said ‘Photography is intrusive. For a photographer, the camera is a necessary evil. Its gains also brings about losses.’ How should a photographer address this to find a balance?

I think it is only possible by being more humble and expressing greater gratitude.

Can you tell us about your obsession with the theme of ‘Time’?

My theme is ‘Life’. ‘Time’ is secondary. A good photograph should be free from the bonds of time and space. Thus I am obsessed with the various stages of life, its prosperity and decline, its growth and decay. 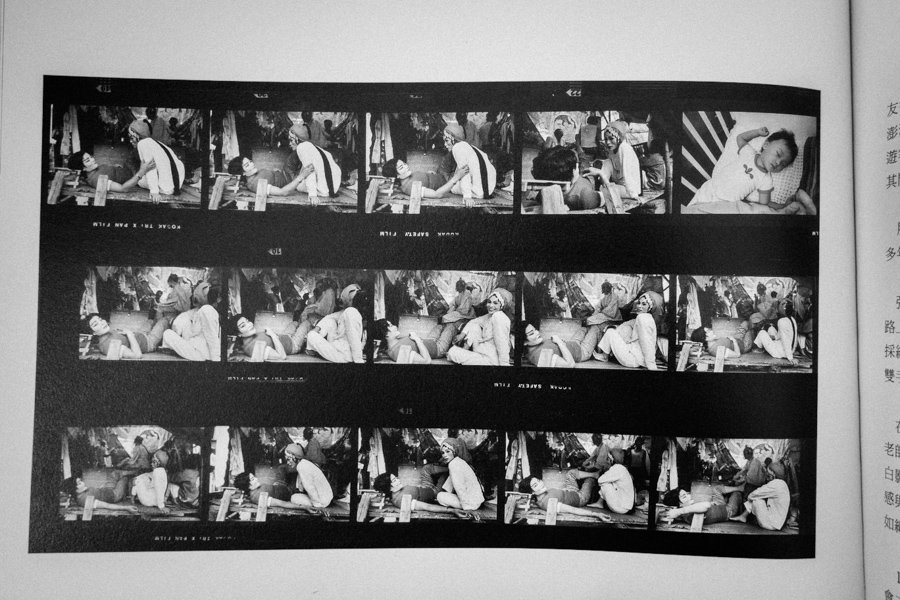 You have worked with still photography and motion pictures. What are the differences between the two and which one do you prefer?

Motion pictures are about time lines. They represent the strength of continuity. Photography is about a moment. It is more liberal, simpler and independent. Thus it is more difficult to capture an unique moment, especially one with meaning or imagination.

In your most recent images, you’ve photographed in colour after years of black & white photography. Why did you switch and was transitioning to a world in color difficult?

Digital cameras are color by default. Color was never an issue and I didn’t avoid it. Content, however, is difficult.

Can you tell us about your process when editing photo books?

I start off by selecting the presentable images. Then I seek a balance of elements including content, style, composition, lighting, and texture. The harmonization process is continuous and laborious. However, I occasionally sense editorial mistakes from earlier years and felt there is a need to amend them.

Critic Kuo Li-Hsin compared some of your work to Gary Winogrand, Robert Frank and Lee Friedlander. What are your thoughts?

They are essentially three very different photographers. I prefer Robert Frank because he was the earliest, the most direct, and the most unconventional. Timeless while reflecting great artistic elements, his works are highly narrative and profound.

Kuo Li-Hsin also said that the only photography in the private sector that was allowed and promoted was Salon Photography because they were apolitical. How was your relationship with the Salon community and how did they view your work?

Salon photography represented mainstream photography during Taiwan’s White Terror period. It is lifeless and did not progress. Now it is a branch of Taiwan photography. I have no issues with the Salon community though they probably view me as a rebel, a freak. We just breath different air.

Can we say that you employed Surrealism as a way to disguise your ideology during Taiwan’s long period of oppression and censorship in the 1950s to 1980s?

The choice of absurdity and surrealist approach reflects the ideology and oppression of the times. My imagery serve as a confession of the anger and loss felt by the youths within a conservative and bored political reality. I want to articulate the very essence of life through questions and doubts.

Yeh Ching-Fang, a photographer you mentored said you are excessively rational and don’t have a sense of humour. Do you agree with him?

If I am excessively rational, my photographs will be very different. I am, however, not someone who engages in small talk. Then again, many have spoken about my sense of humor reflected through the dark humor in my photographs. Being rational is probably a combination of my creative attitude and appearance to the world at large. 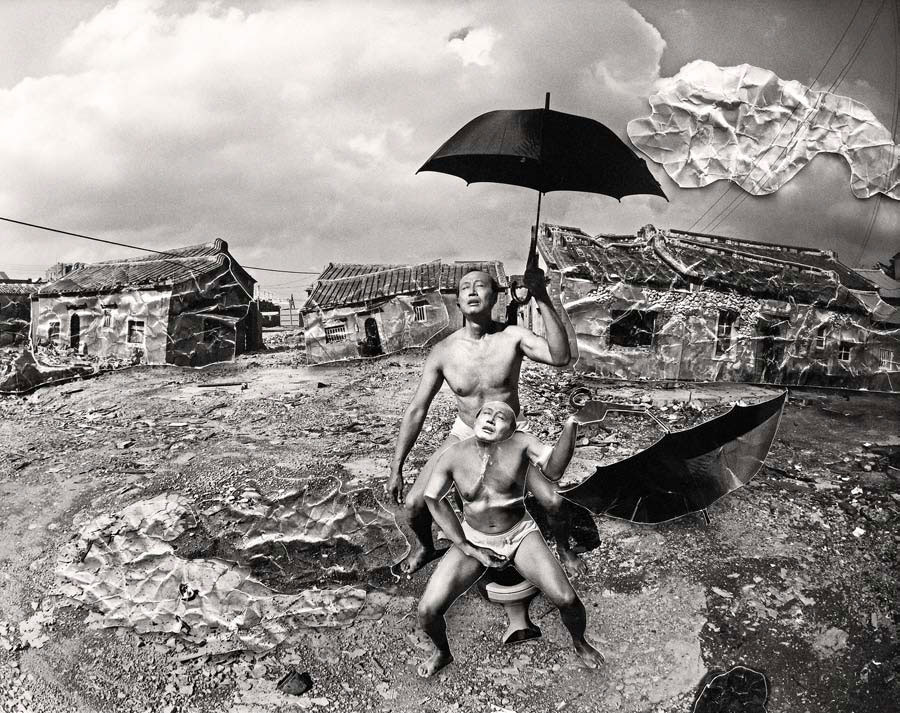 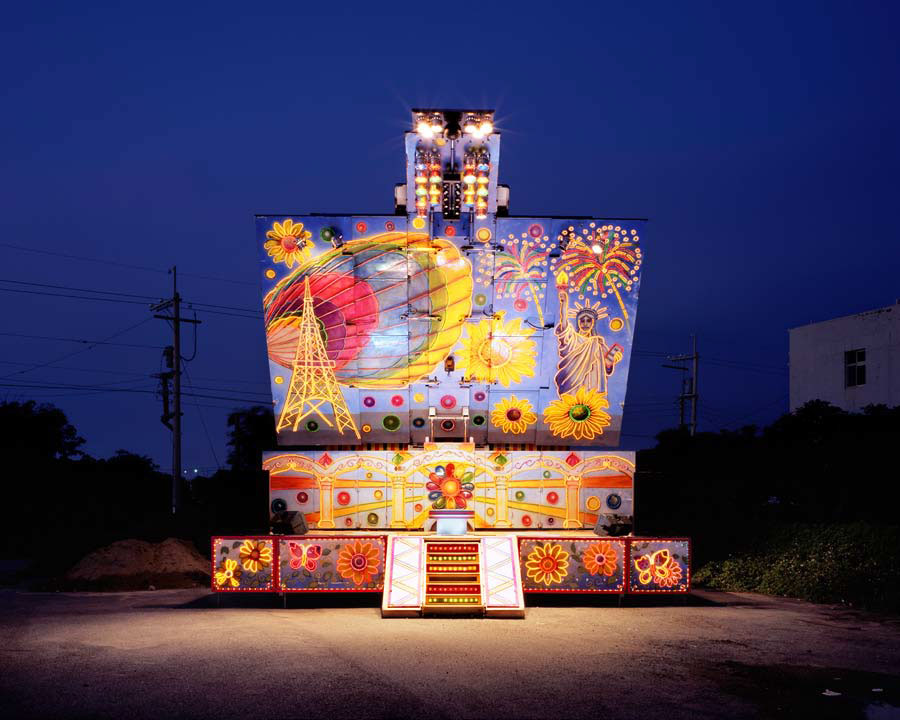 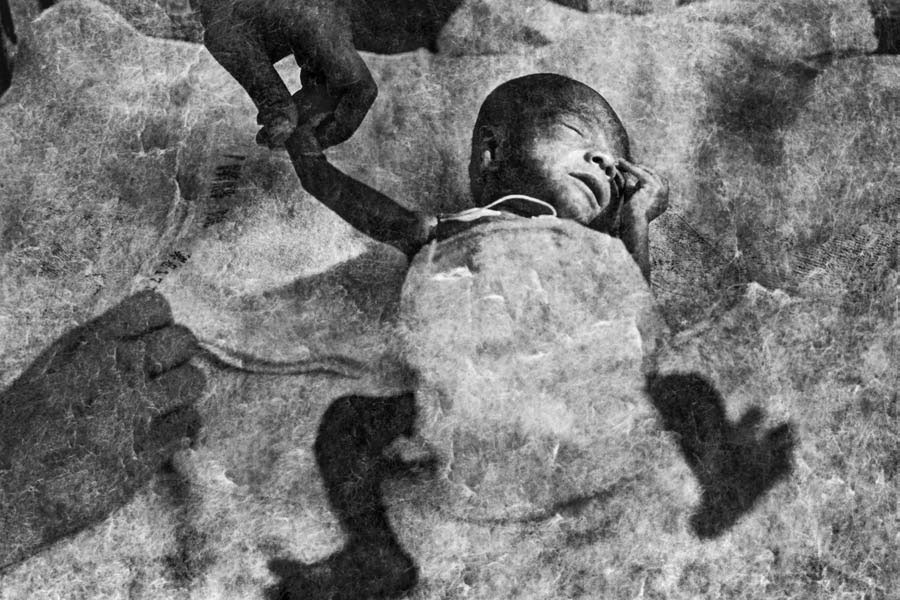 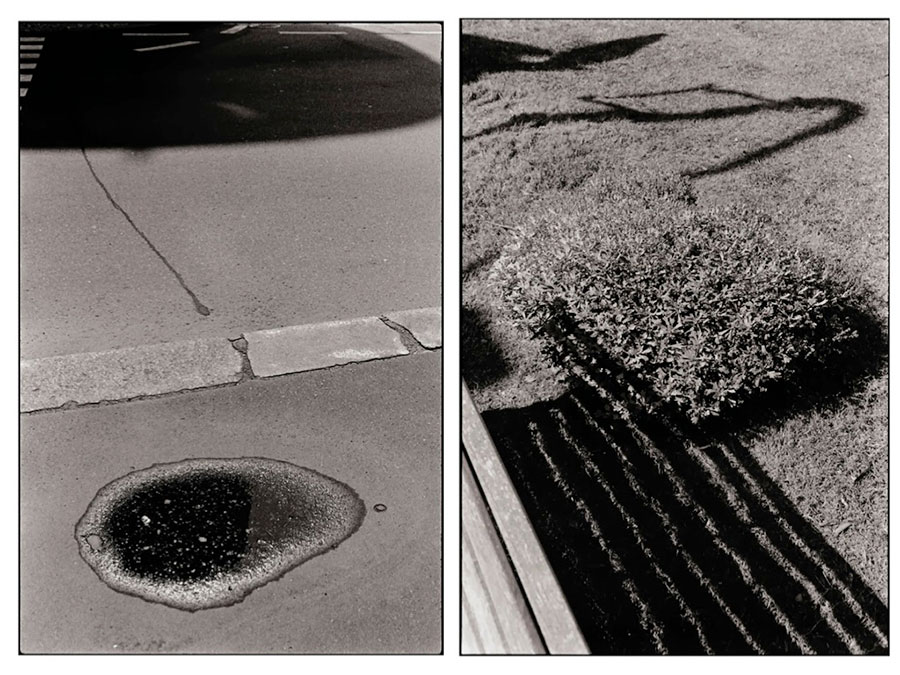 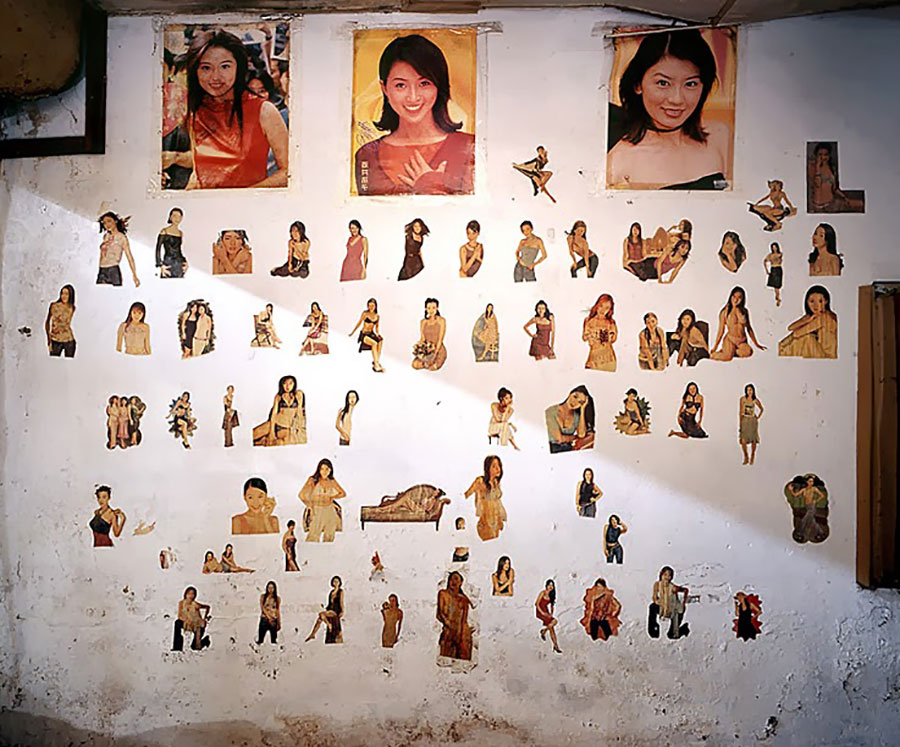 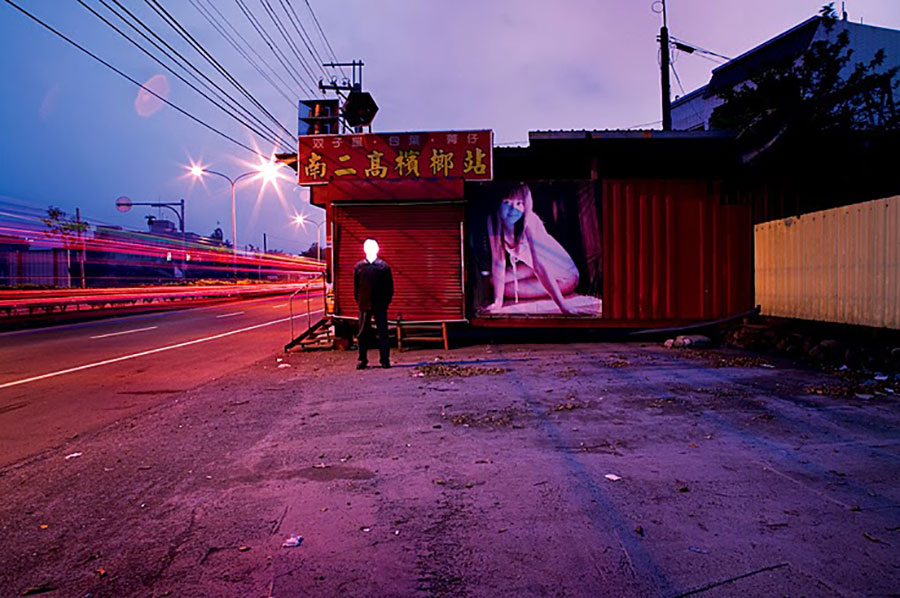 Thank you very much for this interview.

Limited, artist-signed copies of ‘Time: The Images of Chang Chao-Tang, 1959-2013’ Book is available at the IPA Photo Book Store.