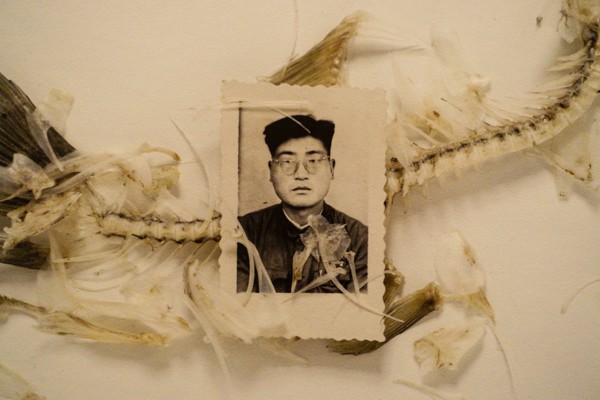 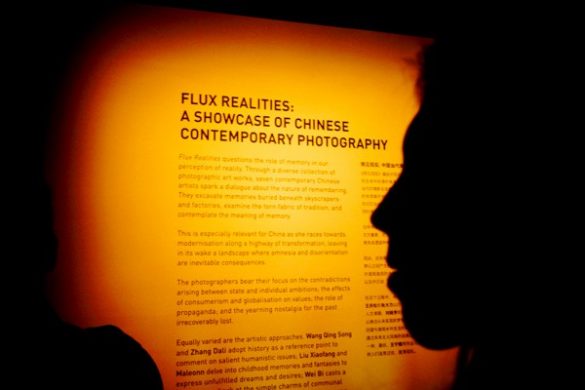 Flux Realities: A Showcase of Chinese Contemporary Photography at the ArtScience Museum.

I am biased. I am personally very interested in Photography from China. So while some of the work are more art than science, Flux Realities is one of the more interesting exhibitions in Singapore at the moment, and recommended for those looking for one or the other. 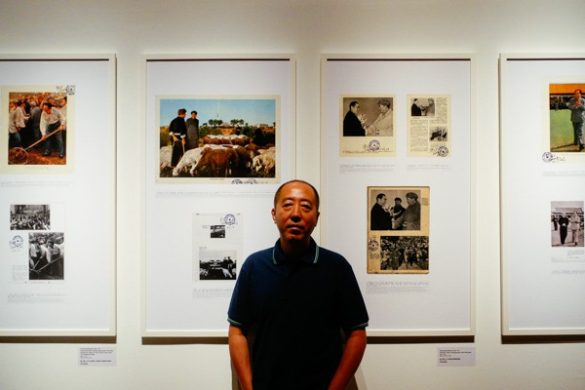 Zhang Dali at the exhibition preview at ArtScience Museum.

Zhang Dali (b. 1963) was the only artist present at the exhibition preview and opening. Zhang studied at the Central Academy of Fine Arts and Design in Beijing and was born in Harbin, China, where he continues to live and practise his art. A Second History by Zhang, without doubt one of the most interesting work at the exhibition, is an ongoing project about the genealogy of the photographic image and its power to shape and frame narratives, mis-represent and shape public perceptions. The work dissects archival images from Chairman Mao Zedong’s state propaganda and presents in a rather forensic manner doctored images versus the originals. During his artist presentation, Zhang lamented his admiration for the mastery of old photo-manipulators who doctored images entirely by hand, before the arrival of Photoshop. 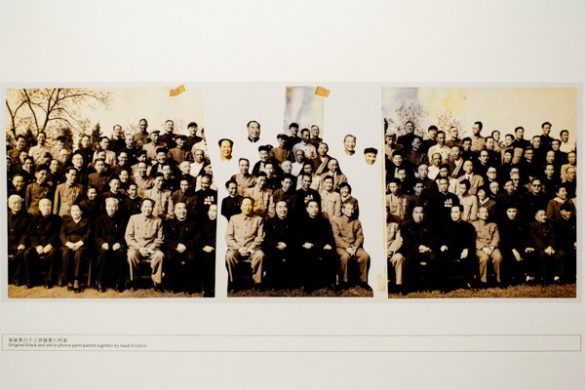 Yang Yongliang (b. 1980) is part of a new wave of emerging Chinese contemporary artists interested in the visual vocabulary of digital technology and the World Wide Web. His artistic practice revolves around re-interpreting traditional forms of art such as Chinese painting, which he feels has been driven into near extinction by recent transformations in society and belief systems. Artificial Wonderland II is Yang’s new media (video and digital photography) adaptation of Chinese Shan Shui landscape ink paintings of Shanghai. The results are masterful and hypnotic, particularly the video art, and what we outsiders may exotically imagine “Chinese contemporary photography” to be like. 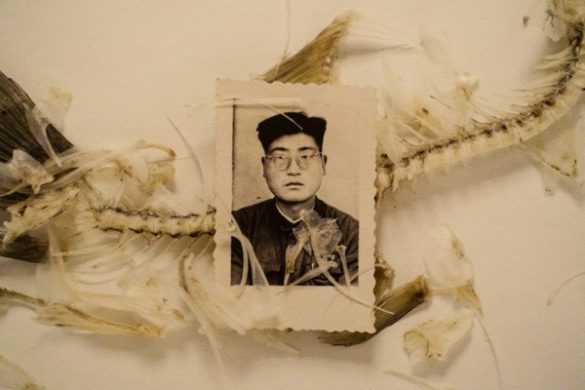 We previously featured Maleonn’s Studio Mobile, and much prefer its more ernest treatment to his Postman and White on White works exhibited at Flux Realities. Maleonn (b. 1972) is the son of an opera director and an actress. He fell in love with painting and pursued formal art training at Shanghai University, and at Shanghai Huashan Art School where he specialised in graphic design. In Postman, Maleonn constructs scenarios inspired by a powerful childhood ambition; in this instance, being a postman – a forgotten dream recently revived. White on White are Maleonn’s ‘re-photographs’ of found vernacular portraits from the 50s and 80s, accompanied by Maleonn’s imagined memorabilia. 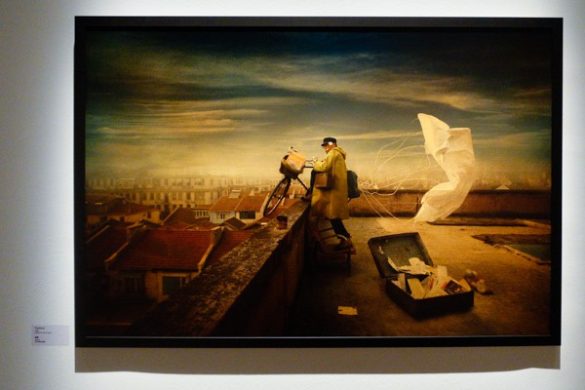 A son of oilfield workers in Daqing, Heilongjiang, Wang Qing Song (b. 1966) spent his teenage years working on a drilling platform. In his free time, he took art classes before being accepted by the prestigious Sichuan Fine Arts Institute, where he trained as an oil painter. Wang Qing Song’s first encounter with America’s Statue of Liberty gripped his imagination, which he likened to “witnessing a goddess born from the water’’. Over a decade later, that vivid image spurred his Goddess creation of an 8×6 metre clay sculpture weighing close to 20,000 kilograms. 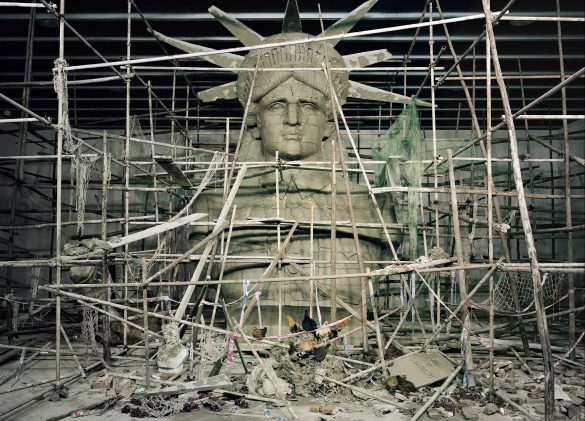 Wei Bi (b. 1969) is a self-taught artist whose practice is largely autobiographical. For approximately 13 years, Wei Bi worked at a publishing and printing factory in Shenzhen. Wei Bi’s birthplace, Meng Xi, is a village north of Hu’nan province which used to be an important pit stop for salt traders heading to the southwest. Wei Bi’s photographs, probably the most straight of the lot, are a nostalgic documentation of personalities and experiences from his childhood, accompanied by handwritten notes. 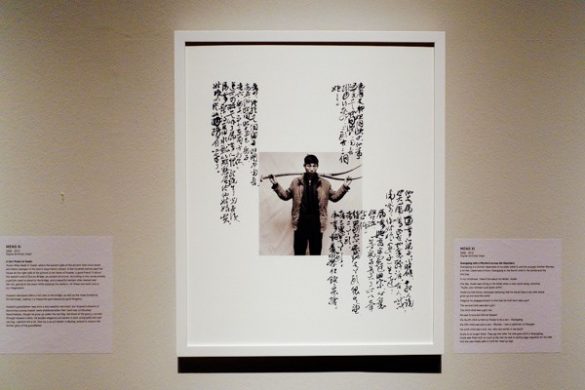 Liu Xiaofang (b.1980) is a graduate of the Department of Photography, Central Academy of Fine Arts in Beijing. I Remember Series II are a series of photographs with a dream-like aesthetic inspired by memories of childhood and poetic contemplation of the world around her. Liu Xiaofang’s pictures are beautiful and wouldn’t look out of place on your wall. 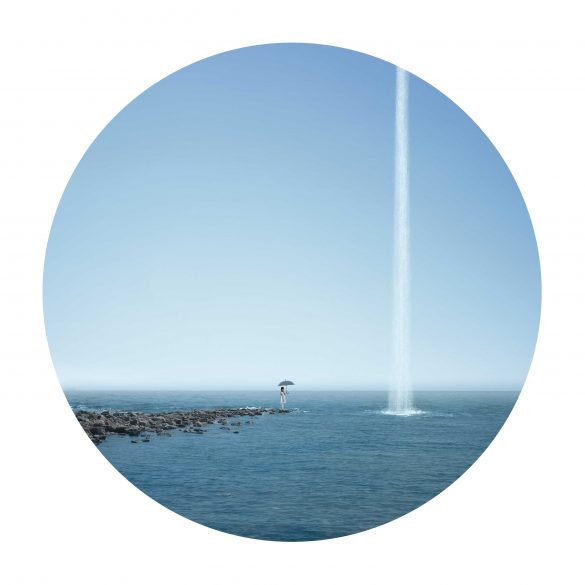 “Reality lies on an appropriate position between history and dream” is how Wang Ning De (b. 1972) introduces Some Days. Wang was born in Liaoning province, China, and graduated from the department of photography at Lu Xun Academy of Art in 1995. He initially worked as a photojournalist for almost 10 years, before returning to his hometown to embark on his Some Days series, which lasted nearly a decade. 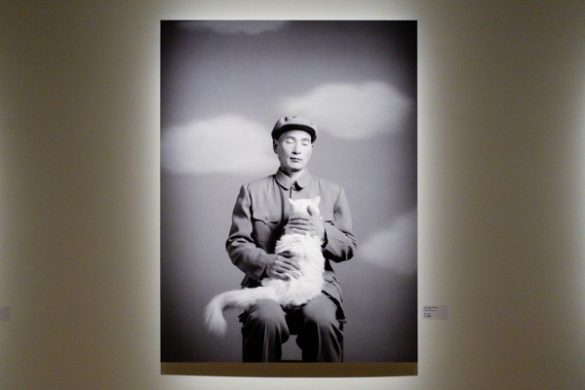 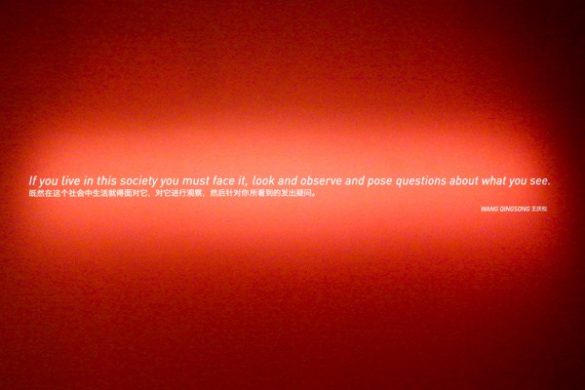 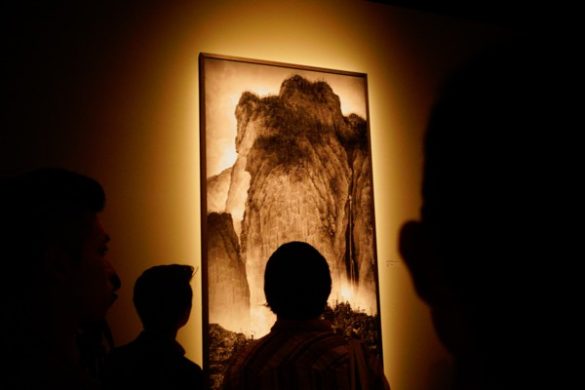 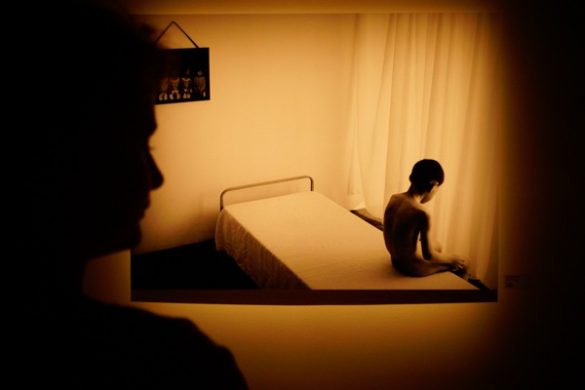 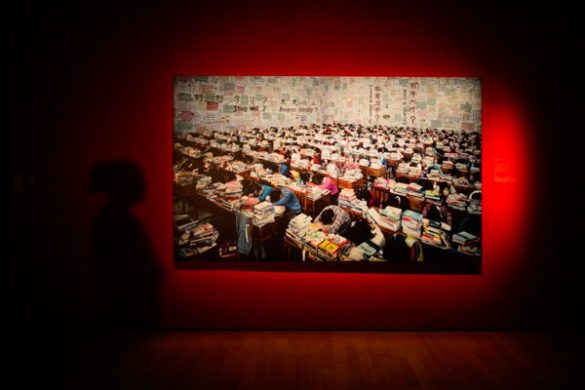 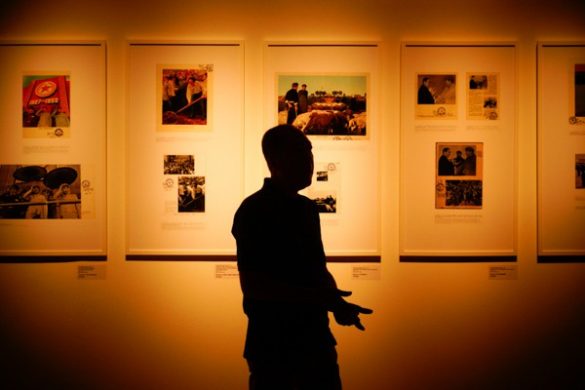 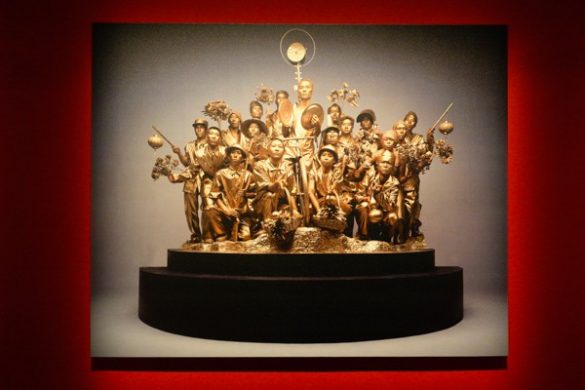 Flux Realities: A Showcase of Chinese Contemporary Photography is curated by Gwen Li and exhibits at the ArtScience Museum from 22nd August to 2nd November.