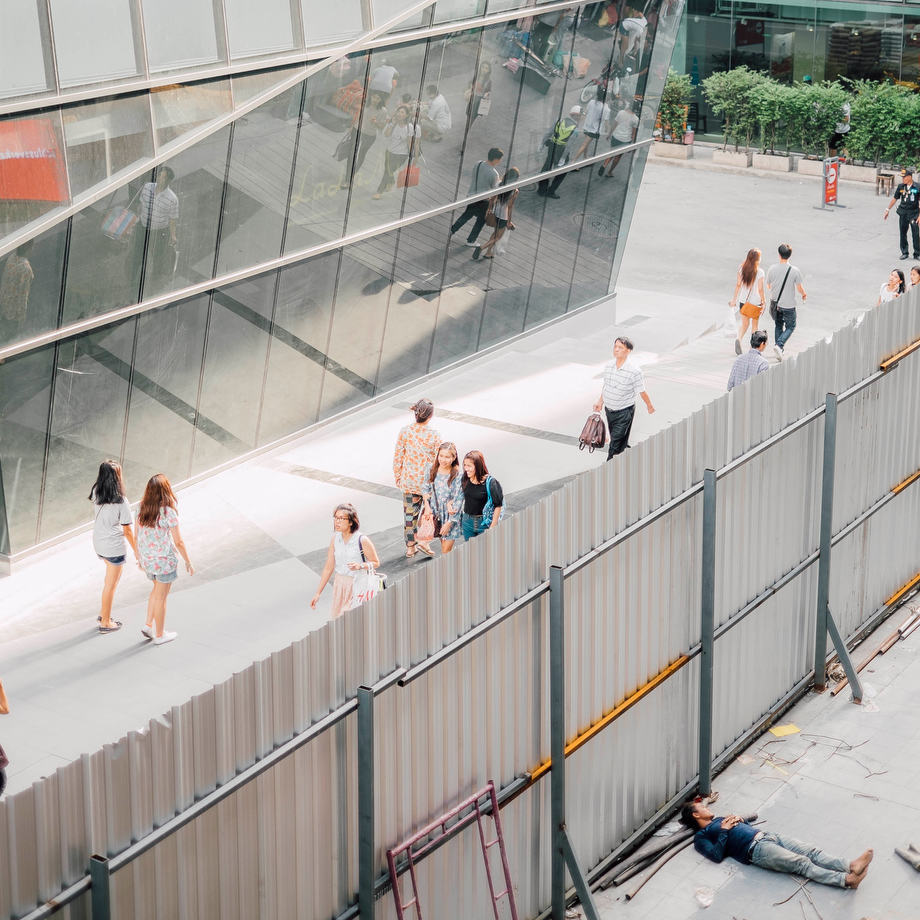 Economic disparity is sometimes subtle rather than blatant. It is quiet and insidious. It doesn’t always represent itself in a clear and concise manner.

Sometimes the disparity is woven into the very fabric of a culture. The aesthetics of culture are slowly conditioning us to accept disparity as the norm. It’s not just the poor versus the wealthy. It is a war between color, texture, and design. Each element possessing its own symbols. Economic disparity must now also be explained by examining the aesthetics of the disparity around us. This project is set in Bangkok, my home for now. But it is not the city that is most important, it is the idea of how aesthetics can be used to investigate the imbalance of wealth.

Tonight The Streets Are Ours, by Aik Beng Chia
Miti Ruangkritya, Dream Property
Manit Sriwanichpoom: Every Tuesday For A Year at the Gates of Thai Government