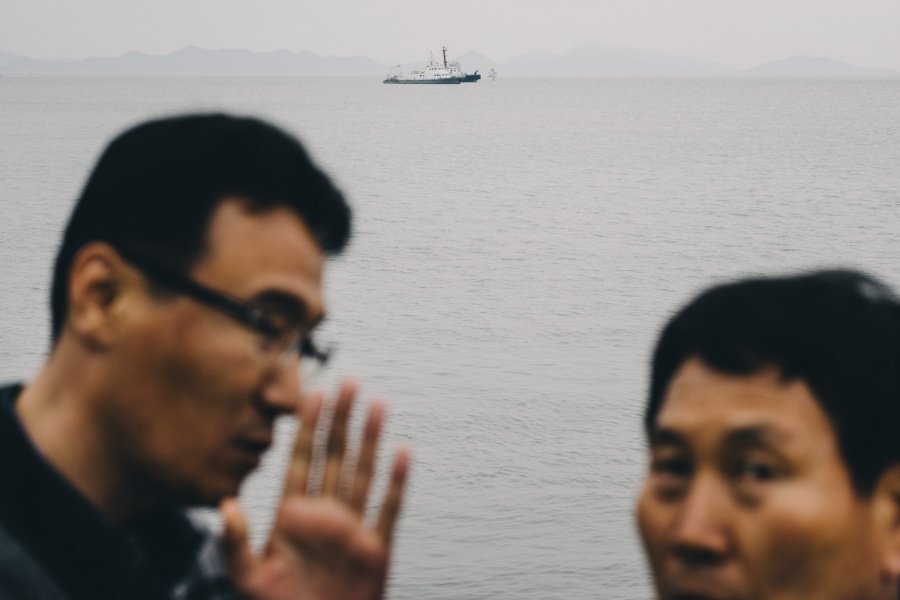 “They have been grieving too long.”

“Their grieving is hurting the national morale and economy.”

These are words that I have personally heard about the families of the Sewol sinking victims.

I have been following the unfolding of the Sewol ferry disaster from the very beginning and I will say this once and for all: Any expectation for South Korea as a modern, democratic state disappeared from my mind upon seeing how this government handles the ferry disaster and treats the victims’ families and survivors.

Just one year ago, the entire nation was praying for the safe return of the passengers trapped inside the capsized ferry, and later grieving the deaths of 304 victims, 250 of them high school students on a school field trip.

We now tentatively know how and why the ship capsized and sank on that fateful day. But questions still remain, especially regarding the government’s fumbled rescue efforts.

Since last April, the bereaved Sewol families’ demands have been consistent: Truth.

Errors after errors turned the accident into a tragic disaster of incomprehensible magnitude. Evidence now shows that there was enough time to alert and evacuate all the passengers as the ship listed. ButIt was found out that the Coast Guard manipulated the initial report to cover up their fatal faults. The line of command during rescue efforts was clearly dysfunctional, and President Park Geun-hye’s whereabouts during the crucial 7 hours on the day have been questioned.

Out of 325 students onboard, only 75 escaped the capsizing ferry and no one else was rescued. It didn’t take long for all missing passengers’ families to become families of the deceased.

Since last April, the bereaved Sewol families’ demands have been consistent: Truth. They fought hard throughout last year for a special law, which would enable an independent body of inspectors to investigate fully and transparently into the government’s handling of the disaster. The law, however, was stuck in a political gridlock as the government and ruling party turned a blind eye after winning a by-election in July by a landslide. It only got passed in November, 200 days after the sinking, the final draft deviating from the families’ initial demands.

As their struggle dragged on and the disaster polarized the nation, sympathy turned into contempt. While it is only appropriate an impartial investigation takes place and the families are given proper compensation and indemnity, rumors spread that these parents were after money and privileges. Some conservatives callously called them “profiteers of coffins” and “commies”, and their contempt bordered hate, sometimes expressed in the most horrifying way. Kim Young-oh, a Sewol student victim’s father that I befriended, went on fasting for 46 days calling for the independent commission, and far-right activists staged a binge fest near his protest tent in Gwanghwamun to mock him and Sewol supporters. His personal life was ruthlessly divulged, and he was forced into an inhumane position to prove his love for the late daughter and eligibility of fatherhood on the brink of life and death. His transformation and struggle is most dramatic, but it is symbolic of what the bereaved families have gone through after the sinking of the ferry.

As Korean novelist Kim Hoon put it in his emotionally charged essay, the South Korean state and some of its members have determinedly turned its eyes away from the victims and marginalized the bereaved families into the class of misery and misfortune. The very word “Sewol” became taboo, the bereaved families South Korea’s Untouchables. Once ordinary parents and citizens, their lives are turned upside-down, and their PTSD aggravated by what they call the government’s inaction and foul-play. Many bereaved parents question the government’s willingness to help the probe and own accountability, and quit their jobs to seek answers about the circumstances of their children’s deaths. On top of psychological and physical trauma inflicted by their children’s deaths, they are enduring economic hardship and worsening public opinion. Here again, the government did not do its job offering proper mental and financial care. Instead, they recently outraged the families by imposing a clause of automatic legal reconciliation if anyone receives compensation or subsidy.

In short, the Sewol families were displaced, denied and disowned by their own government. The degree of neglect and breach of social contract borders human rights crisis.

I have been working closely with the Sewol families, observing and documenting their saga. They are just ordinary people, kind and warm-hearted. But their HAN – that profound angst to the core of one’s being – is very real and ongoing.

I once noted that the entire country of South Korea is like the Sewol ferry: Fancy appearance, but layers of corruption, cover-up, strong resistance to reform, lack of transparency exist. April 16, 2015 marks the one year anniversary of the sinking, but even after a tragedy of this scope and scale, South Korea was quick to revert to its old habits. There have been numerous big-scale accidents that could have been prevented even after the ferry disaster. Reports show that safety regulations have not been properly implemented or monitored. Only a handful of people including the ship’s crew have been prosecuted, and an official investigation has yet to begin.

I have been working closely with the Sewol families, observing and documenting their saga. They are just ordinary people, kind and warm-hearted. But their HAN – that profound angst to the core of one’s being – is very real and ongoing. There is a strong sense of community and solidarity within the bereaved families. They have become a big family of their own and stand united despite differences of opinion and desire. They have been incredibly patient, resilient, and supportive towards one another, and I admire their nobility. Even though they would very much like to return to their normal lives, they will not give up their fight just yet. Because they are parents and there is nothing parents can’t do for their children, especially when their lives are put to sudden and painful end under inexplicable circumstances. And because they believe truth and justice have not been properly served. I hope their struggle will bear fruit and they will find their peace of mind soon. I also hope that they will get properly compensated and indemnified for all the injustice and indignity that they have been put to suffer.

Today is the Sewol ferry disaster’s one year anniversary, but President Park Geun-hye will leave for Columbia for another tour after a short visit to the accident site. No minister or member of the ruling party will attend the bereaved families’ commemoration service. And this clearly shows their attitude and mindset on the ferry disaster. South Korea has not progressed a single step forward since April 2014, if not digressed.