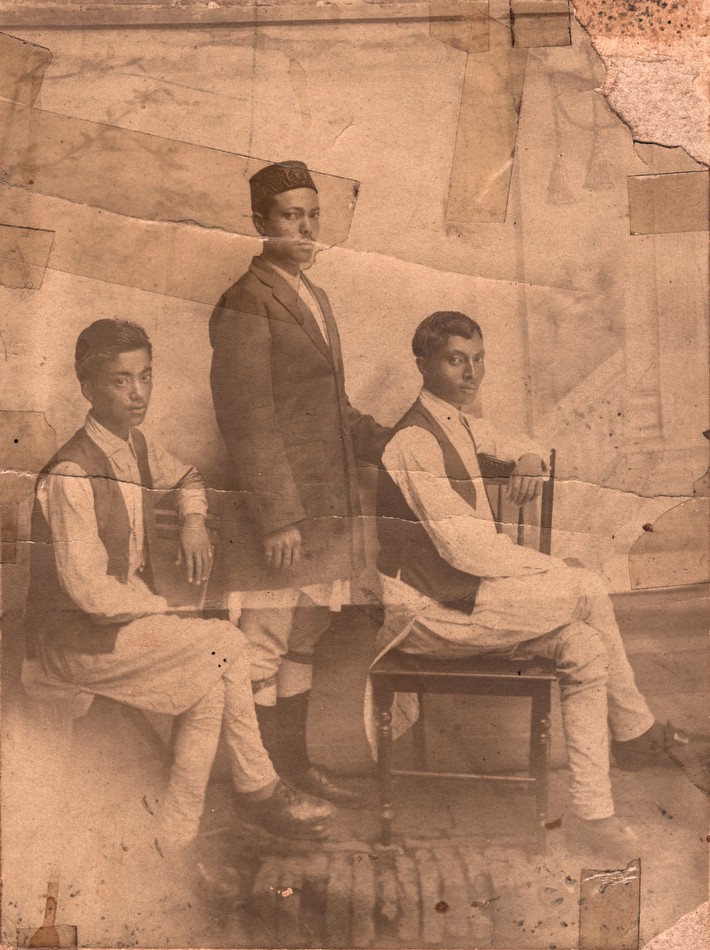 Photo Kathmandu: Lighting a Candle in the Darkness

While the photo festival space in Asia may seem to be flourishing in all corners, some might say reaching a saturation point, there is always room to breathe in new conversations with the medium, especially when it is in context to locality, community and history. The inaugural Photo Kathmandu festival is not just another photo festival. A week-long affair from 3rd to 9th November, the festival brings Nepali culture, arts and identity to the forefront, just months after the devastating earthquake in April.

“Despite and because we have had an extremely challenging year in Nepal this year, we are pushing forward with this festival because we truly believe that rebuilding a sense of identity can only be done through dialogue and the arts and culture is a powerful medium to facilitate these conversations.” says festival co-director NayanTara Gurung Kakshapati.

The inaugural edition of Photo Kathmandu will be anchored in the historic city of Patan in Lalitpur, Nepal. The festival is organized by photo.circle, a Nepali platform for photography and aims to facilitate interaction between photography, history, anthropology and a wide array of the arts, providing a much-needed injection of cultural vibrancy in Nepal’s post earthquake recovery period this year.

The festival will feature a wide range of programming – including 18 print exhibitions, 20 artist talks, 6 slideshow nights, and 6 workshops. With TIME as its central theme this year, the festival will chronicle Nepal’s past, and discuss its future, all through the visual medium.

Earlier this year in April, Nepal was hit by an 7.8 richter scale earthquake that caused over 8000 deaths and has left millions displaced. Most recently, political instability owing to the promulgation of a new constitution has caused much political and economic strife.

“Yes the timing means that there is much hard work to be done, but it amounts to lighting a candle in the darkness. The importance of Photo Kathmandu at this time cannot be overlooked. It is a time for consolidation, for sharing, for rebuilding, for sowing the seeds of inspiration.” said Australian photographer Philip Blenkinsop who will be participating in the inaugural edition of the festival. His work documenting Nepal’s political transitions in the last 15 years will be installed in the old Court House at Mangal Bazar, Patan.

In response to a worldwide open call for submissions, Photo Kathmandu received a total of 545 bodies of work for its digital slideshow nights. From these submissions, 80 projects representing 31 countries have been selected to be presented in public spaces in and around Patan. The slideshow night venues include the neighbourhood courtyards of Nag Bahal and Konti Bahi, and the public water faucets of Manga Hiti and Chyasal.

As a whole, the print exhibitions featured in this inaugural edition of the festival, attempt to piece together a timeline of contemporary Nepali history. Artists featured include Nepali as well as visiting photographers including Bikas Rauniar, Kishor Sharma, Phillip Blenkinsop, Kevin Bubriski, Prasiit Sthapit, Frédéric Lecloux, Juju Bhai Dhakwa, Toumo Minninen, among others. Several collections from Nepal Picture Library, a digital photo archive that documents vernacular Nepali histories, will also be showcased. Exhibitions will take place in a variety of public spaces in and around Patan including the alley-ways, squares and courtyards of the old city. By choosing to exhibit in public spaces, the festival aims to go to its audience, instead of waiting for its audience to come to it, and take photography to audiences that would otherwise never engage with it.

The festival will also feature six workshops that will avail Nepali and visiting photographers various opportunities for professional development. Workshops include; ‘Photographing the Everyday’ by French-Belgian photographer Frédéric Lecloux which is designed for young storytellers, ‘Translating the Voice: Explorations in listening and writing’ by Bangalore based oral historian Indira Chowdhary, and ‘Visual Thinking in the Editorial Process’ by Thomas Borberg, Photo Editor at award winning Danish newspaper Politiken among others.

For five days during the festival, Photo Kathmandu will feature a series of artist talks and discussions with photographers, curators, anthropologists, historians and others from around the world on issues surrounding contemporary photography, the image and the word, photo book making, the history of South Asian photography and other topics. These events will take place between 4-8 Nov from 3-6pm at Yala Maya Kendra, Patan Dhoka.

By occupying local hotels, guest houses, cafes and restaurants, the festival hopes to bring direct income to the Patan local economy. It will engage with Patan youth clubs and other community groups to manage all exhibitions and events. Since its announcement in June, the festival has raised funds to rebuild at least one heritage site in Patan as a concrete way to give back to its host city. Funds will be handed over to a local committee on the opening night on 3rd November.