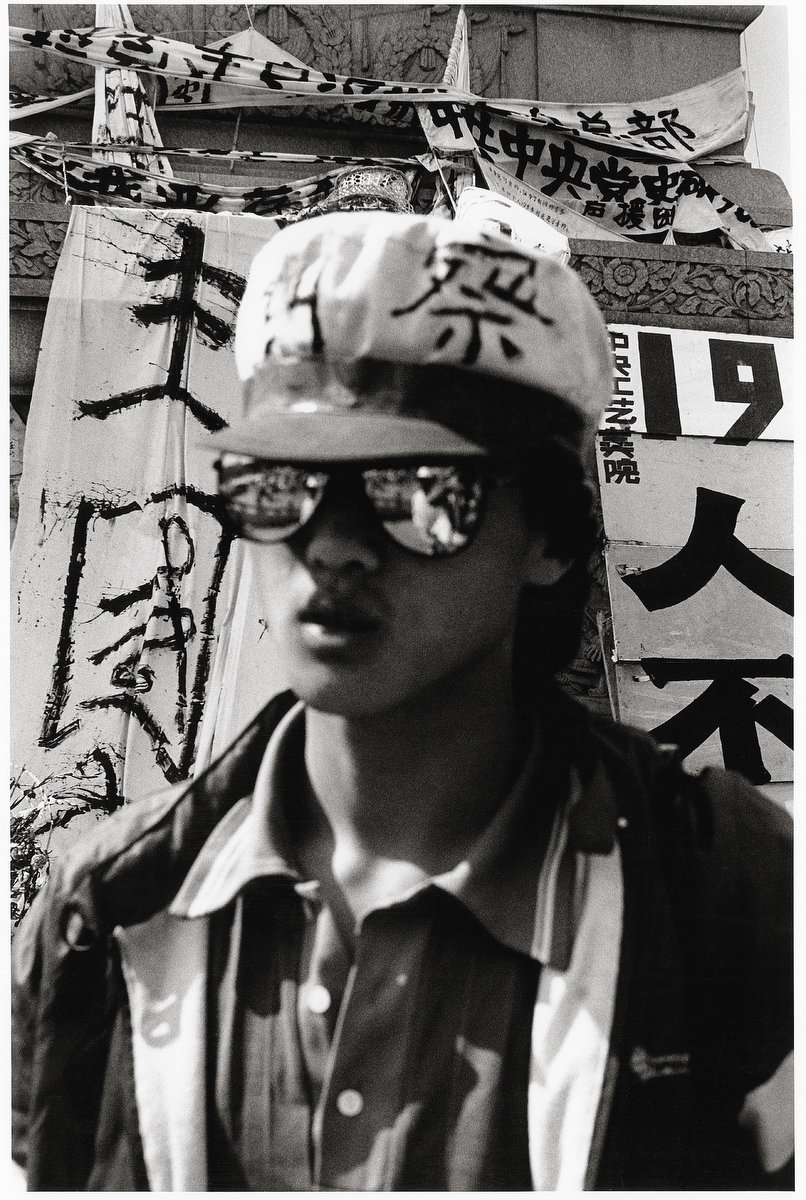 An uncanny feeling of nostalgic loss momentously germinated when the image of a young man strangely captured my attention after a twenty-year lapse on a developing dish inside a dark room. In a willy-nilly stance of peeping into the Pandora Box of remembrance, one admits to the time long gone.

Through the aura light coming from the color assessment cabinet, I began an archival examination of some black-and-white master negatives, those taken at a time during the student democratic movement at the Tiananmen Square in Spring 1989, and from which re-searching the youthful energies long lost at Chang-an Boulevard.

Not natutrally, witnessing once again the piles of youthful remains sets off the time-travelling imaginative process of their contemporary whereabouts. After all, that remains to be the best of times for Chinese beings when the Chinese soil has been inscribed upon of their blood and tears.

Wong Kan Tai was born in Lantau Island, Hong Kong in 1957. He joined the Hong Kong Press in the late 1970s and started his long career as a photojournalist. His photographic collections published include ’89 Tiananmen, Land Reclaim and Hong Kong Walled City 2002 – 2007.  Wong now lives in Japan and works as a freelance photographer.