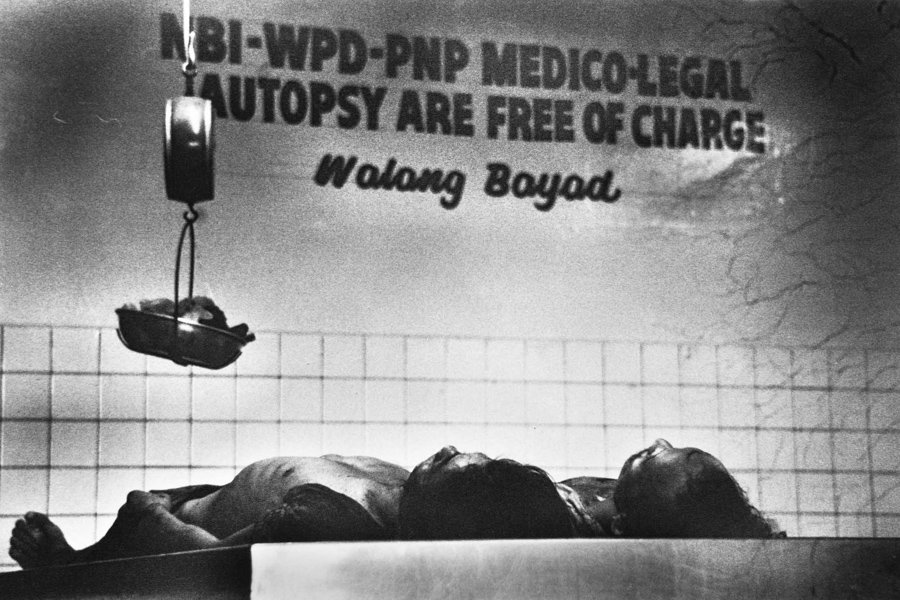 In 1994, I received a grant from the Philippine Center for Investigative Journalism (PCIJ) to shoot a documentary on the Manila Police. I focused on the Western Police District Headquarters (WPD) as it is the premier police station located in the tourist district in a sprawling metropolis with millions of inhabitants.

The resulting photo book, titled Brotherhood, ultimately garnered me a second national book award along with Gemma Luz Corotan who wrote the text.

I have long tried to forget those months that I spent in the police beat, and wished I never had to look at those photographs again, but in the wake of the brutal killings which have come after the newly elected Philippine President Rodrigo Duterte came into power, and has actively pronounced his approval for the Philippine National Police to kill suspected drug pushers and or drug dependents, I knew I had to post these photos again on Facebook, a drug war was also waged at this time I took these photos and the results were the same. The drug trade continued, other people replacing the dead ones to rule the drug cartels. The corruption and the serial summary executions have not abated; in a span of three months 135 deaths have been recorded by the National Police in it campaign against drugs.

The Title Brotherhood is from the organization in which most Police officersin the PNP  belong to, Brotherhood, Inc.

I tried to connect, through my images the lifelong relationship of the hoodlums that the police were after and the almost brotherly affection that they have for each other, it is a lifelong relationship which begins at juvenile delinquency   when the kids are busted for minor crimes or vagrancy and are roughed up by police officers. They will be seeing each other in various times in their lives, until the day of reckoning comes, when they have to kill each other. Thus ,the title, Brotherhood.

[A important note to be fair: All photos were taken in 1994, after a few months after the book was launched, the Western Police District Headquarters underwent a drastic change, the interiors were remodeled, bathrooms fixed and it looks really a lot better…i would like to think that the publishing of the book Brotherhood had a positive impact on authorities and the revamp of the whole system took place]