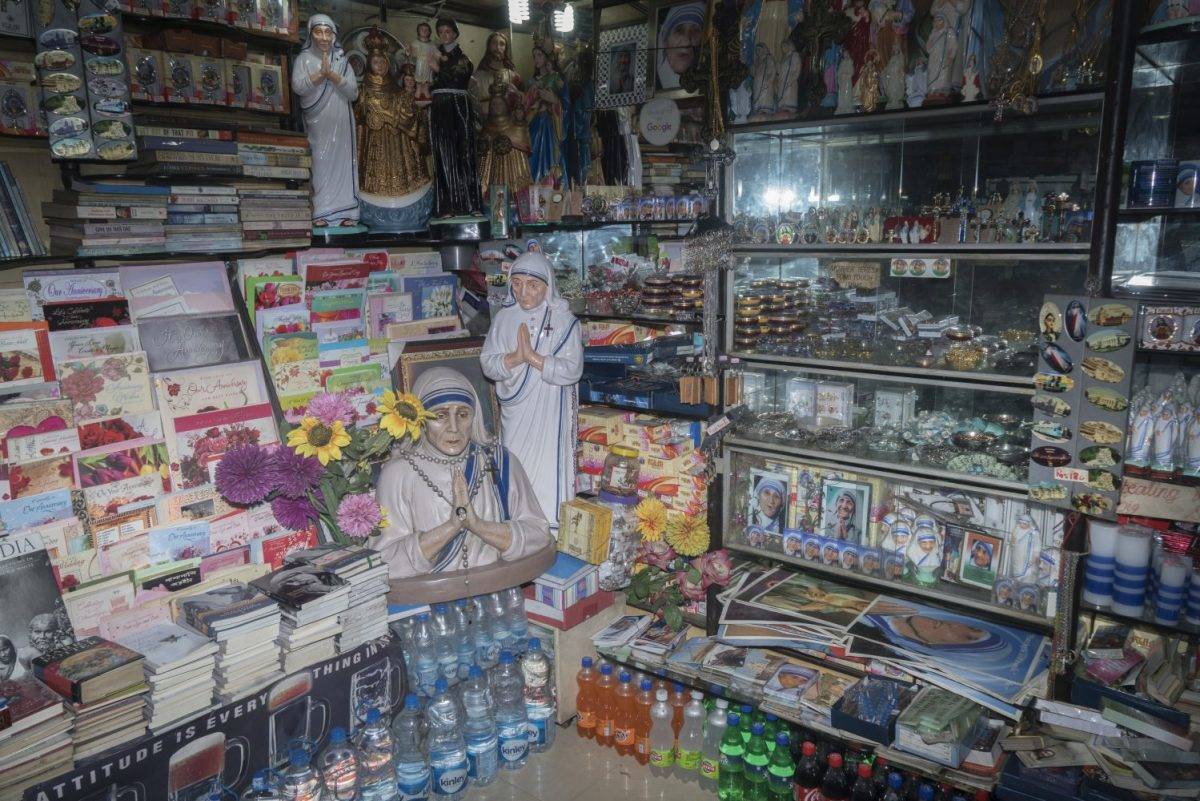 On 4th September, Mother Teresa has been declared Saint Teresa of Calcutta by Pope Francis at a canonisation ceremony held in Vatican City. Magnum Photos commissioned two of their affiliates from India to photograph the occasion.

Raghu Rai was assigned to the canonisation ceremony in Rome, while Sohrab Hura was assigned to examining Mother Teresa’s legacy in present day Kolkata, India. Sohrab’s photographs, published first, were highly subjective and interrogative, not only of Mother Teresa’s legacy, but the canonising ability of Photography itself. Needless to say, his brave (for assignment) anti-aesthetic images drew spirited debate (mostly negative responses) within India’s photo fraternity on social media. Published shortly after, Raghu Rai’s images were in his photojournalistic ‘witnessing’ tradition – objective, a reportage with classic Magnum aesthetics.

Responding to the criticisms, Sohrab writes:

“Nothing much for me to say really. as someone already said, since the photos are out in public domain then they’re open to criticism so go for it. But i’m quite flattered that an assignment that barely lasted a few days has generated this discussion. and that too about aesthetics. I see things a particular way, other people see it differently. that’s all there is to it. For me ‘the invisibles’ were the most important element that I was left with and I was not going to work with an ‘aesthetic’ that in any way evoked something on the lines of pretty or beautiful in a way that is usually accepted to be pretty and beautiful. That would be missing the point completely… In this, what was most important to me was to be as direct as i could and I wish I could have been even more so, but I was lacking time. in that respect much of that criticism (since a lot of it was about the aesthetics) makes me quite happy because maybe I was somewhat close to what I wanted to do. We’re just looking at it from the opposite sides.” 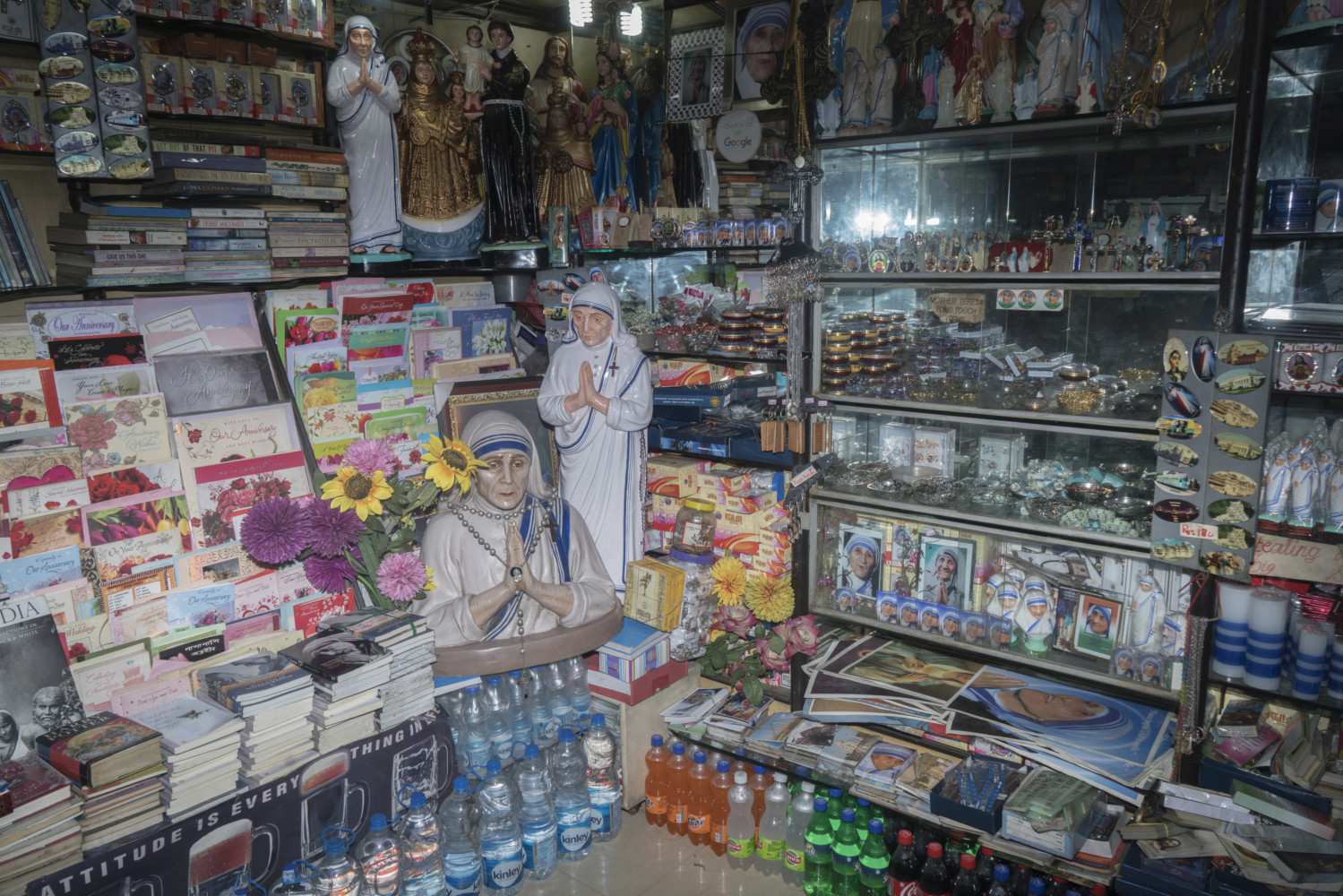 Photo from Magnum Photos Website: Souvenir shop dedicated to Mother Teresa. It is widely expected that the canonisation of Mother Teresa will lead to larger numbers of foreign tourists inflow and the Indian Association of Tour Operators has urged the West Bengal State Government to promote Kolkata’s links to Mother Teresa so as to take advantage of the tourism opportunities. Kolkata, India August 2016. © Sohrab Hura / Magnum Photos. 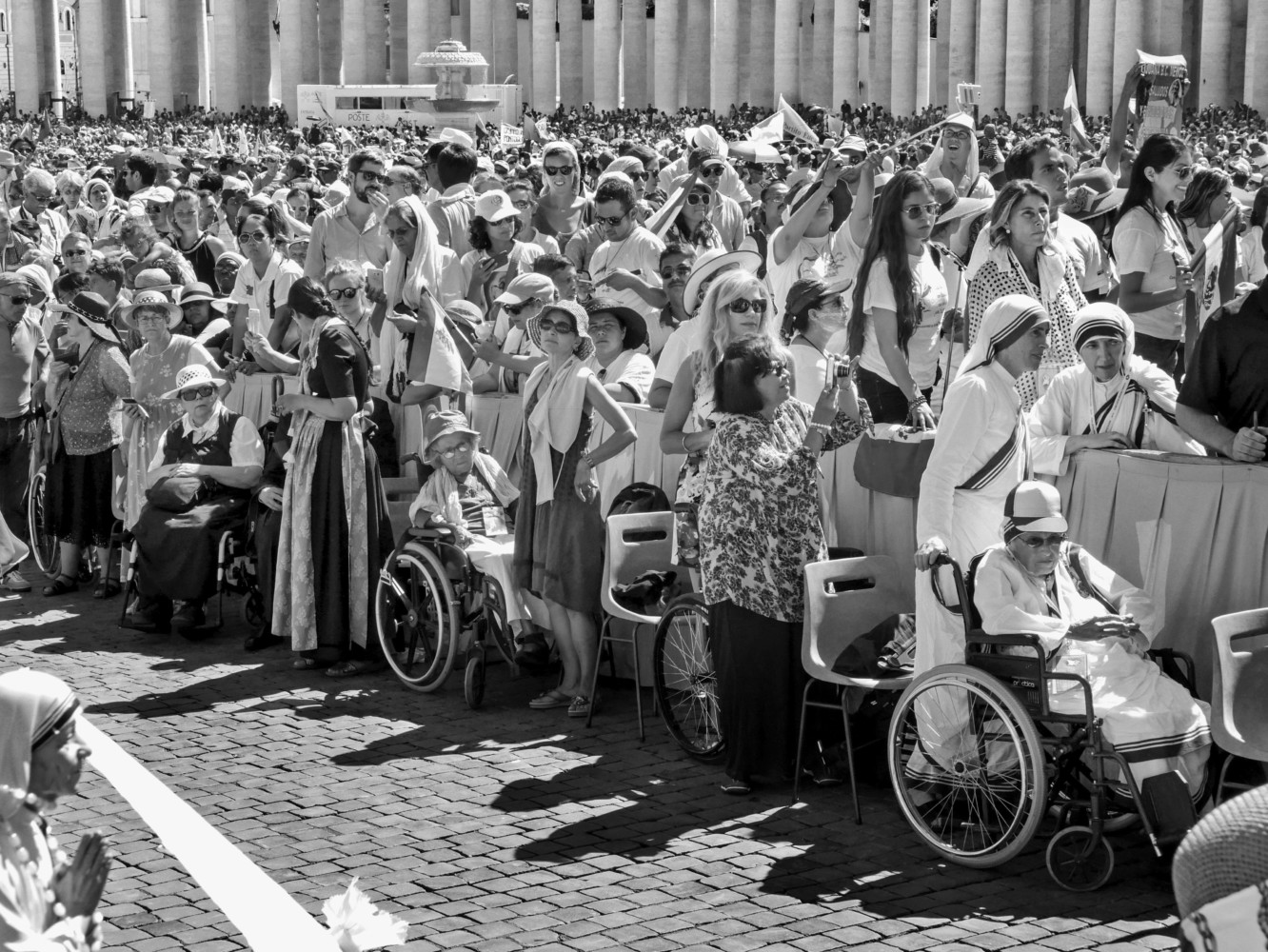 Sohrab’s images and those Raghu Rai’s are miles apart, and the discourse between them bears the burden from Magnum’s founding days between Capa and Bresson, art versus journalism. Interestingly enough, discussion of the actual subject, Mother Teresa, is noticeably absent. Pablo Bartholomew suggested comparing both Sohrab’s and Raghu’s take for any worthwhile discussion. Our interviews with both Sohrab and Raghu Rai provides some background insight into their photography practice and motivations.

Our interview with Sohrab: Getting Personal with Sohrab Hura and his take: Kolkata Today: Mother Teresa’s Legacy.