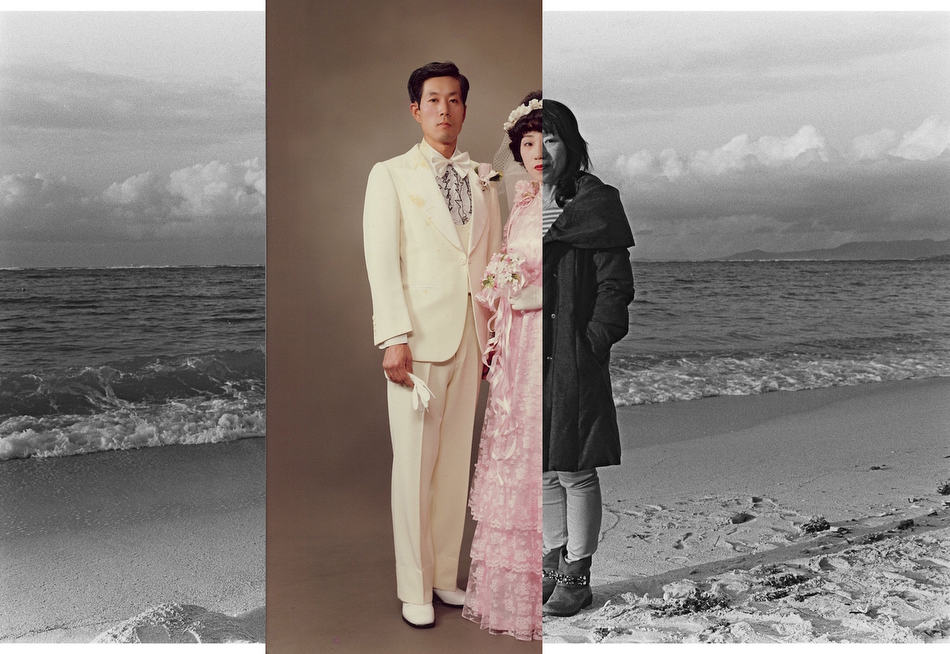 I received a text message. “Today, our divorce was finalized.” The message from my mother was written simply, even though she usually sends me messages with many pictures and symbols.

I remember that I didn’t feel any particular emotion, except that the time had come. Because my parents continued to live apart in the same house for a long time, their relationship gently came to an end over the years. It was no wonder that a draft blowing between the two could completely break the family at any time.

In Japan, legend has it that a man and woman who are predestined to meet have been tied at the little finger by an invisible red string since the time they were born.

Unfortunately, the red string tying my parents together came undone, broke, or perhaps was never even tied to begin with. But if the two had never met, I would never have been born into this world. If anything, you might say that there is an unbreakable red string of fate between parent and child.

Before long, I found myself thinking about the relationship between my parents and I. How many days could I see my parents living far away? What if I couldn’t see them anymore? Since I couldn’t help feeling extremely anxious about it, I was driven to visit my parents’ house many times.

Every day I engage in awkward conversation with my parents, as if in a scene in their daily lives. I adapt myself to them, and they shift their attitude toward me. We do not give way entirely to the other side, but rather meet halfway.
Indeed family problems remain unresolved, although sometimes we tell allegorical stories and share feelings. It means a lot to us that our perspectives have changed with communication.

My family will probably never be all together again. But I feel without a doubt that there is proof inside of each of us that we once lived together. To ensure that the red string that ties my family together does not come undone, I want to reel it in and tie it tight.

His project “Red String,” was highly inspired by his parents’ divorce and produced a hand-made photobook for a limited copy of 35 editions. He was nominated for several awards including the Paris Photo-Aperture Foundation Photobook Awards. The book was also selected by TIME magazine as one of the Best Photobooks of 2014. In 2015, it was part of the permanent collection at The Museum of Modern Art in New York Library and the New York and Italy based publisher Ceiba foto printed a trade edition in 2016.