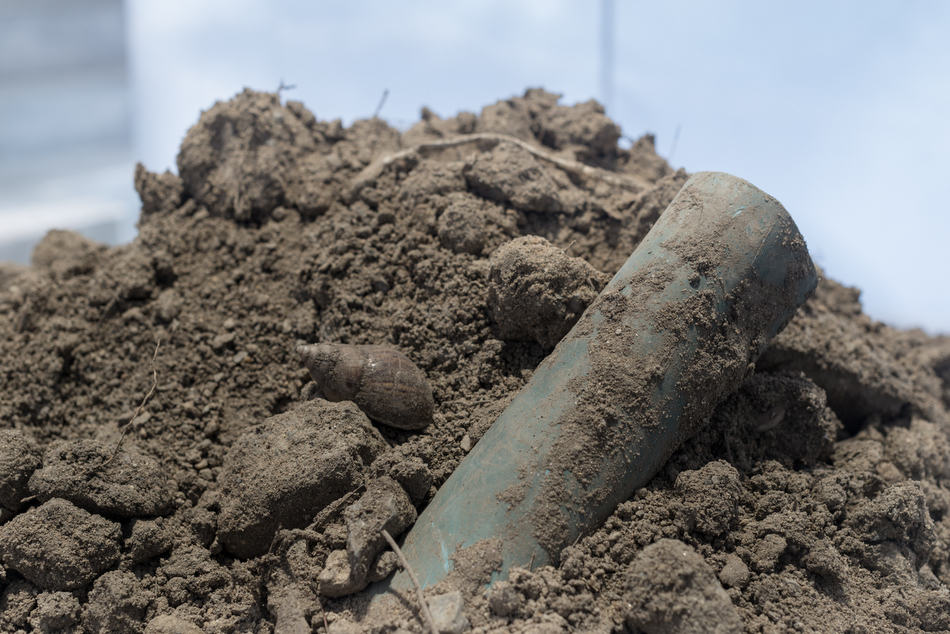 Dream Property (2014-ongoing) is a project that examines the nature of property development and its relationship to the city. In spite of Bangkok’s recent unsettled political situation, which culminated in two military coups in 2006 and 2014, property development in the capital has continued to soar.

A staggering 50,100 new condominium units are estimated to have been launched in 2014 while a respectable 35,000 units were launched in 2015 and 2016 (Colliers Forecast, 2014-16). The rapid development has come hand in hand with the expansion of mass transit systems such as the Bangkok Sky Train and the construction of a variety of major roads and canal transit system, helping to support the city’s growth. The effects and results of this expansion is the focus of each of the three pieces of work that make up Dream Property.

Empty Lot reflects upon the transience of nature in the context of an ever-expanding Bangkok cityscape. In Excerpts taken from Bangkok Real Estate Advertising the (presumed) aspirations of local people are mirrored in a collection of glossy and over exuberant advertising in English text. Room, represents the culmination of this frenetic rate of expansion and explores how newly-built interior spaces which are pending occupation, are transformed in relation to the current landscape of the city. These images raise questions concerning aspiration, reality and the future of the city.

Transplantation (2014), by Withit Chanthamarit
Fact is not important, the surreal world that has been created is – Harit Srikhao
Peera Vorapreechapanich: Message to The Green Tea God