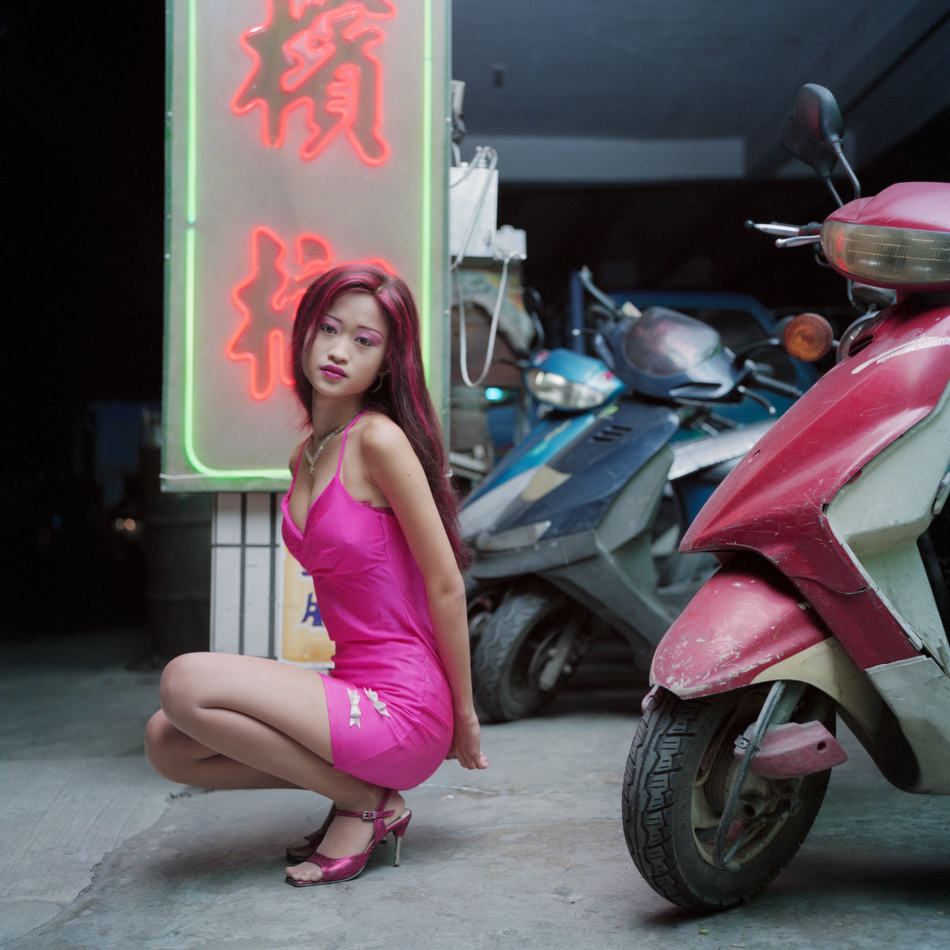 Betel Nuts are kind of little green nuts and popular in Taiwan (especially among the labor class), where some people chew them as gum. Betel Nut Girls are teenage girls who are hired to wear strikingly sexy clothes, and to stand or sit around the stands and sell betel nuts in Taiwan.

Betel Nut Girls were born after the rapid economical development and radical political improvement in Taiwan. Most of them are willing to enjoy life and prefer their job to be temporary rather than regular. Some of the Girls even did not graduate from middle school.

Betel Nuts (Girls) are partially prohibited by Taiwan government due to the following two reasons: First of all, natural environment and soil conservation are seriously destroyed because of the profuse planting of betel nuts. Secondly, there are some sexual crimes and illegal hires of under-age girls along with the phenomenon. Nevertheless, the fact is that Betel Nuts (Girls) are still kind of popular in Taiwan and some workers and teenagers go after in a swarm.

The existence of Betel Nut Girls represents an aspect of the present Taiwan society: A new value is forming among the new generation. The recent news from Taiwan is that some owners of bars and restaurants are hiring girls to dress like Betel Nut Girls to work as waitresses. It seems like that a lot of teenage girls are lost in the whirlpool of money and material desires. This could be a reflection that more and more young people are being influenced by easy money, instead of thinking about their own potential toward different possibilities.

Chen Chin-Pao went to the Department of Photography of School of Visual Arts in New York in 1996, and earned his degree of BFA with an award for outstanding Achievement three years later. Chen got MFA degree from School of Fine Arts, Taipei National University of the Arts in 2013. As a photographer, he has focused on different aspects of photography since the very beginning of his career. It was a series of documentary portraiture, “A Moment of Beauty: Betel Nut Girls”, to get him to be noticed. Chen was awarded The Overseas Photographer Award of The 26th Higashikawa award at 2008. He lives and works in New Taipei City, Taiwan.