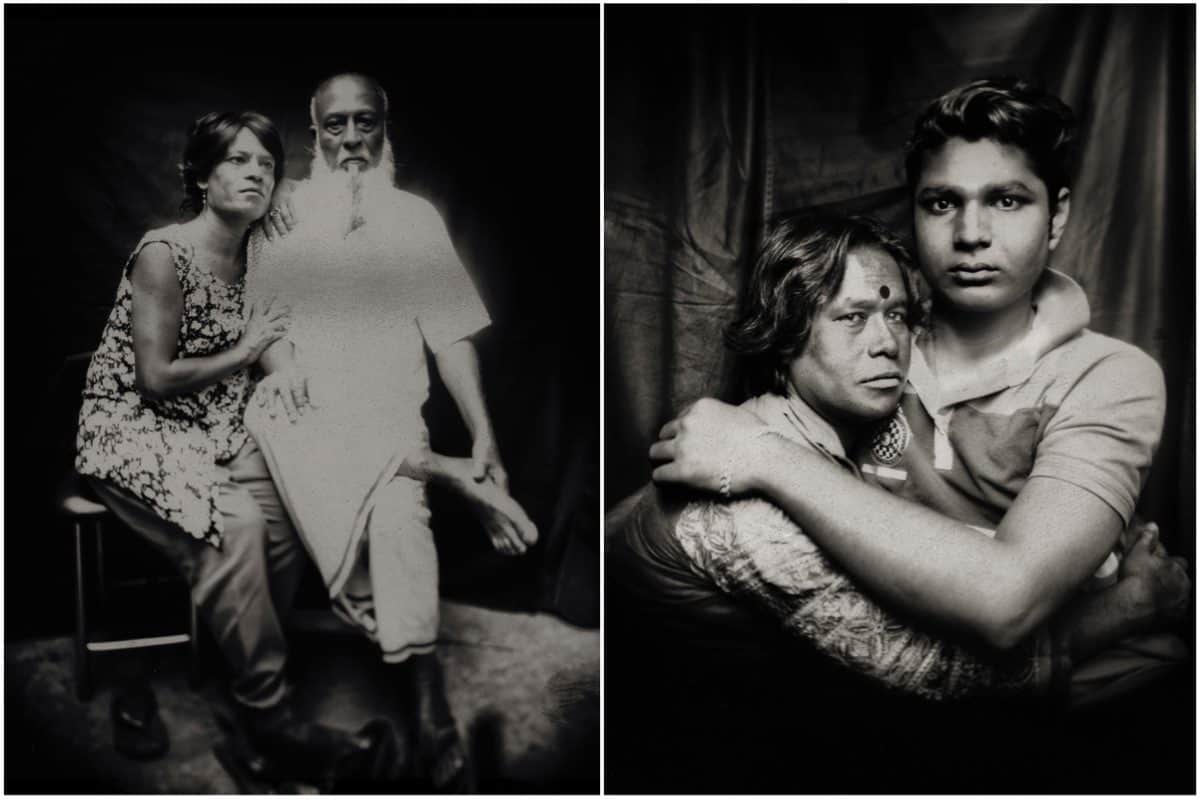 Call Me Heena, by Shahria Sharmin

Hijra is a South Asian term with no exact match in the English language. Hijras are people designated male or intersex at birth who adopt a feminine gender identity. Often mislabeled as hermaphrodites, eunuchs, or transsexuals in literature, Hijras can be considered to fall under the umbrella term transgender, but many prefer the term third gender. Traditionally, Hijras held semi sacred status and were hired to sing, dance, and bless newly married couples or newborns at household parties. Earnings were pooled through the guru system, in which Hijras declare allegiance to a guru and submit to group rules, in exchange for financial and social security.

Growing up in Bangladesh, I was influenced by predominant prejudices and stereotypes about Hijras. Then, I met Heena, who opened her life to me and helped me get to know the other members of her community as the mothers, daughters, friends, and lovers that they are.

I have started this on going project in the beginning of July 2012. Over the years I’ve noticed that mothers are generally more flexible with their acceptance than fathers. Fathers prefer their sons to be a dominant masculine figure. I believe this communication gap to be one of the major cause for the Hijra’s abundance form their family.

Call Me Heena is my attempt to show the beauty in Hijra lives, despite the challenges and discrimination they face. The photographs are taken with a wooden instant camera where sitters are mother, father, daughter, son, brother, sister, guru or lover.

After completing her studies in public administration from the University of Dhaka, Bangladesh Shahria Sharmin discovered photography’s potential for storytelling and exploring the human presence. She pursued further study at Pathshala South Asian Media Academy in Bangladesh and received a photography degree in 2014.

In 2014, she was named the second place winner of the Alexia Foundation student grant for her project,“Call Me Heena”. The same work has been selected in Open Society Foundations, Moving Walls 23 group exhibition in 2015. Other awards an honors have included being recognized by International Photographer of the Year IPOTY and Pride Photo Award.

Broy Lim: and now they know
CHIARA GOIA, The Secret Circle: Untold Stories of Surrogate Motherhood in India
Portraits from the Thai Uprising, by Chotiwat Lattapanit