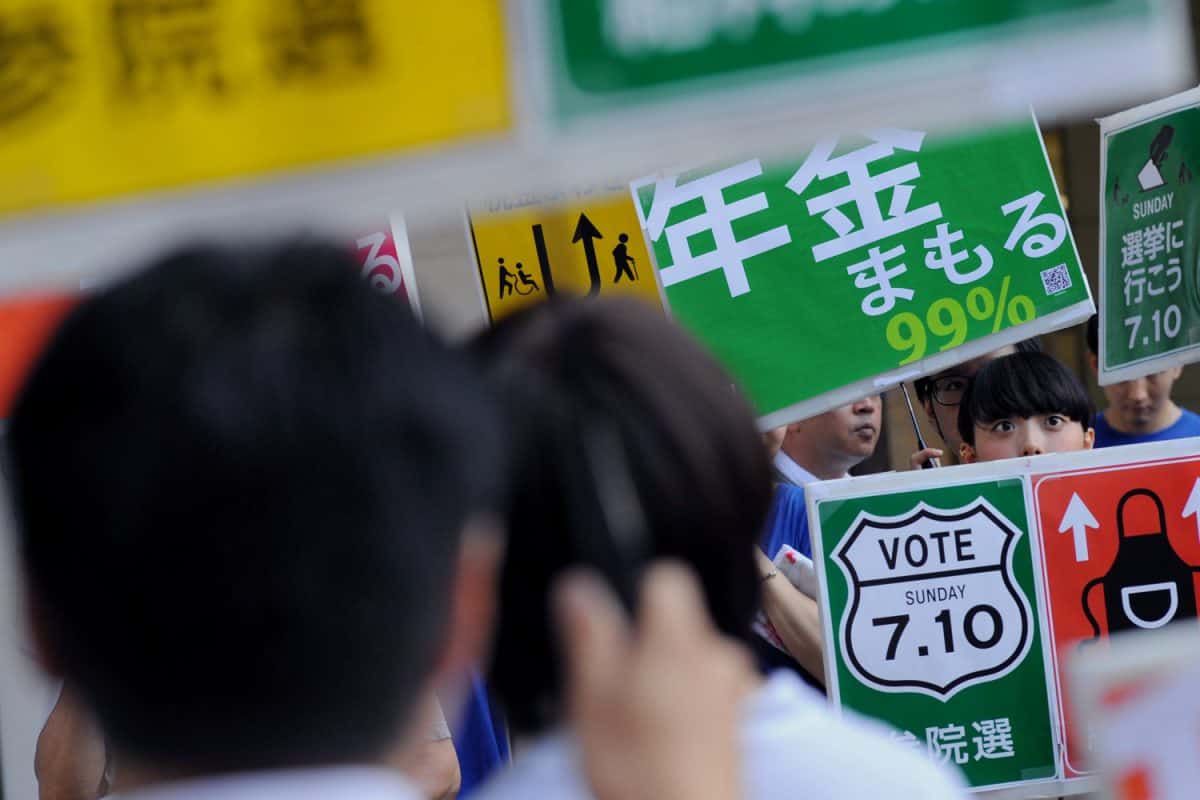 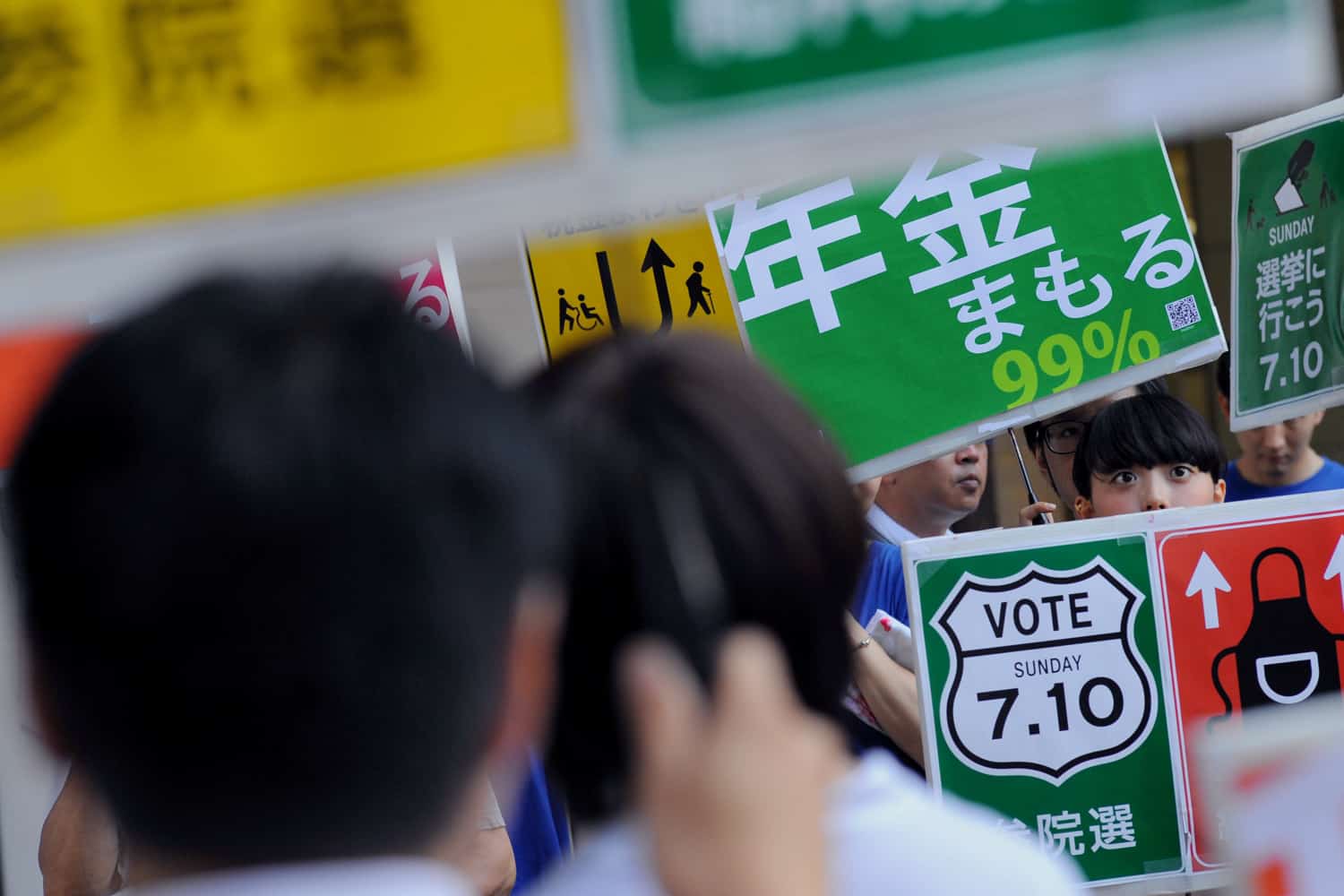 What a random act of nature laid bare, for the second time in modern Japanese history.

In Japan, where there are unique forms of homogeneity in so many ways, conformity comes as social norm to, frankly, embody the inheriting sentiment of Japanese public: Better bend than break. If anything, Japanese people are known to be calm, civil, quiet and reserved. I may be committing a crime of generalization on my own people here, but as the famous quote from Mark Twain “All generalizations are false, including this one” goes, we have been seeing something of a change in Japanese society of late, especially after the devastating Great East Japan Earthquake 6 years ago.

After the quake it’s obvious to both internal and external eyes that Japan has been shifting to further right in terms of domestic and regional (Far East) matters in rhetoric regarding economy, foreign policies and ethnic issues.

Some point out it’s a strikingly similar pattern to the process to the World War II after The Great Kanto (Tokyo and surrounding prefectures) Earthquake. They critically chronicle the road to August 6th and 9th in 1945 with poignant reminder that the massive earthquake on September 1st, 1923 was the starting point to self-destructing journey, thus similar to the current mood in Japan. And in retrospect, to many eyes, what has been going on after The Great East Japan Earthquake in political and social realms proves that the claim is not too far-fetched.

Many, pundits and average folks alike, point out that Japanese are out and about, voicing their concerns and demands to those in power and those against civil liberties, whether in liberal-progressive or conservative terms, whatever they may mean to individuals. The earthquake woke up something of an underlying force that hasn’t been too compatible with social norms in Japanese society, the notion that activism is somehow vulgar.

There are three significant sides to this, at least to my eyes. Disturbingly growing social acceptance of hate-speech toward neighboring nations of The Koreas and China, and domestic population of those descendants, the controversial Security Bill that defy famous Article Nine in Japanese Constitution and counter movement to the first two in synch with celebrating diversity and social justice including economic fairness, supporting all minority rights and gender equality in all terms.

First, the rise of hate speech punctuated daily news and social-media, as soon as few hours after the initial reporting on massive earthquake on March 11th, 2011, specifically targeting ethnic minorities with Chinese and Korean descents. History tells us that during the wake of devastation in The Great Kanto Earthquake, Koreans in Tokyo were lynched and murdered in great numbers, some estimate thousands, due to unsubstantiated, ill-willed rumors that they threw poisons into wells and were looting. The same tactics were used in the days and weeks after 3.11, only in 2011 it was done through social media that spread throughout Japan and even overseas. So clearly this is something with sad reputation and likelihood in Japan in post-earthquake era, it certainly became a large movement and gained attentions and memberships enough to give births to new hate groups.

Secondly, a controversial security bill, a key signature piece of legislation by Abe administration coming into power 9 months after the quake with his Liberal Democratic Party’s majority in both chambers of the Diet, that enables Japanese Self Defense Force to be deployed to war zones was introduced and passed, defying world famous Article Nine in the Constitution. There were even legislative talks as to make it mandatory for young adults, 18 and older, to be enlisted in the SDF. That brought usually politically indifferent high school and college students to the streets to protest, partially for the obvious reasons but largely for the manner in which it was done in the Diet by ruling LDP and its political allies. Even to those young eyes, many are not old enough to vote, the steamrolling fashion televised nationally was not something they felt democratic process should look like.

Thirdly, the first two socially and politically hot issues triggered what has been growing in Japan. As homogeneous as Japan is perceived both from outside and within, global connections of ours had already exposed sizable population of this small island nation to popular culture of diversity and acceptance. Those who are socially and politically savvy and literate smelled the connotations of nationalism, isolationism, containment, xenophobia and homophobia right off the bat. And they kicked into high gear to organize counter movements.

Japan has operated under an assumption that those in power wouldn’t do us harm throughout good part of the post World War II era. The presence of so-called silent majority was, literally and metaphorically, the blanketing force of social, not always necessarily democratic in genuine sense of the word, decision-making. “Well, that’s what the boss says” kind of mentality so to speak. Not any more it seems.

There are loud minorities. They are loudly expressing opposing views on almost everything. They do it despite the fact they are numerically nowhere near still powerful (in very satirical and mocking sense) population of silent majority. Are they loud because their messages are unheard? Are they minorities because their messages don’t resonate with silent majority? In a system called democracy, you go your way when more than half is on your side. Watch out for the loud minorities.

If I Had Wings… After The Tsunami, by Junku Nishimura
Loud Minority, by Hiroshi Yamauchi
Fukushima Samurai – The Story Of Identity, by Noriko Takasugi