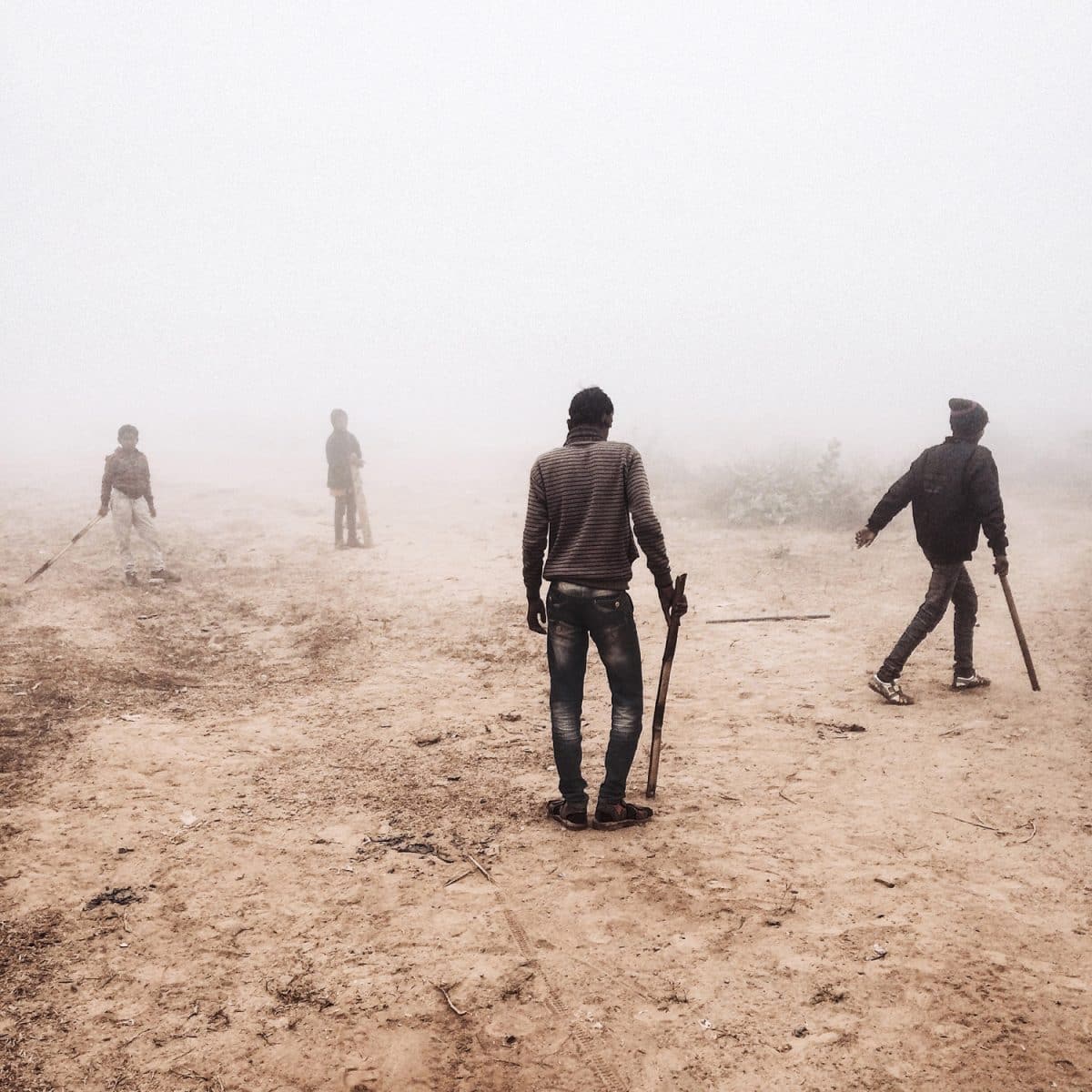 Latin phrase meaning “solid earth” (from terra, meaning ‘earth’, and firma, meaning ‘solid’). The phrase refers to the dry land mass on the earth’s surface and is used to differentiate from the sea or air.

There has always been a desire to grasp a meaning of the land that we live on, with it’s ever-transitioning spaces and the intriguing subjects/objects encountered in between. The project started after coming back from Bangladesh where I spent six months living in Dhaka, a city with approximately 110,000 people for each square mile and a lack for open spaces. Gurgaon, my hometown, is one of the major cities in India and has an abundant number of upcoming sectors. In the beginning the project was only a daily routine of a photographic walk in the morning but with time I realised a sense of a visual aesthetic which I hadn’t explored earlier. As my interest grew both in the new found aesthetic and these spaces, I spent most of my mornings exploring these areas.

The project is a visual depiction of how cities in India are changing and spaces vanishing rapidly because of the urgent demand for urbanisation. With the project I aim to portray a yearning of dissipating emotions in order to convey a feeling of longing for these open spaces which would soon disappear. In the future, I further plan to document these areas again to show the contrast between the respective time periods.

Parth Gupta is a photographer based out of New Delhi, India. Photography, for him, started as a naive act of taking images of clouds from his father’s cell phone in his early teens. But he considers his earliest connection to visual imagery with the family albums at his home. He often traces back to the innocence of the images in the album, today, to engross himself in a moment and to understand his emotions.