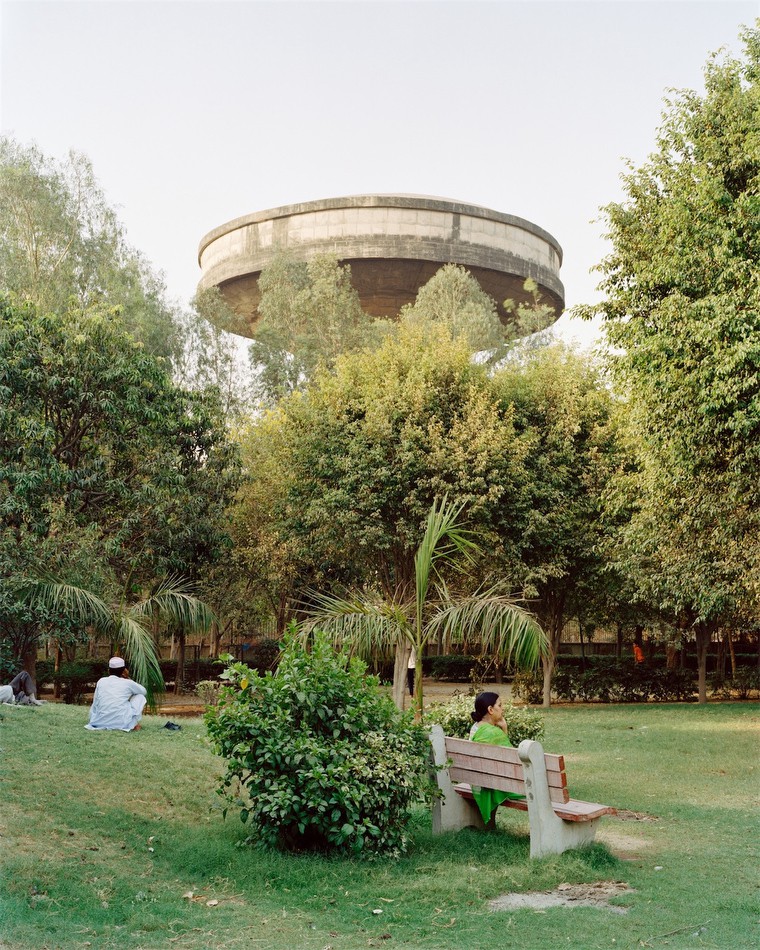 I am interested in the sculptural quality of the water towers and their relationship to the landscape around them. These landscapes vary from parks in upscale residential areas to government housing colonies and semi industrial zones.

My interest in photographing Delhi’s water towers started in 2012 when I began to notice the sheer number of towers dotting the city’s landscape. There seemed to be one in every neighbourhood and they were even marked on maps of the city along with tourist attractions, hotels and temples. I returned to the subject years later and have now travelled to all corners of Delhi looking for these water towers. Many of them are no longer being used, replaced by underground tanks, and others have been demolished as the Delhi Jal Board, which manages most of them, has belatedly realized that the city is spread across a seismic zone.

I am interested in the sculptural quality of the water towers and their relationship to the landscape around them. These landscapes vary from parks in upscale residential areas to government housing colonies and semi industrial zones. The towers themselves vary in design from simple utilitarian structures to more elaborate and intricate constructions implying aesthetic considerations well beyond basic functionality. I think of them as heroic symbols of a modernizing society. They enable the delivery of pressurized water even during power cuts and were able to provide water to the typically 3-4 storey high government housing projects. Without the towers, there was no water.

As these towers slowly disappear from the landscape, I’d like this series of photographs to be seen as a record of what was built and as an idiosyncratic portrait of a city.

Randhir Singh is an architectural photographer based in New Delhi, India. He studied architecture at Rensselaer Polytechnic Institute in upstate New York, graduating with a Bachelor of Architecture and a Bachelor of Science in 1999. He moved to New York City and over the next 15 years, worked at a number of well respected award winning design firms. It was during this time that Randhir started to photograph professionally building on his many years of design experience. His background in architecture and design has been invaluable in understanding buildings and space. Over the last few years, he has worked with a wide range of architects, developers and hotels and was awarded Best Interior Photography at the Trends Awards in Mumbai. He recently collaborated with Seher Shah on “The Lightness of Mass” at Green Art Gallery in Dubai.