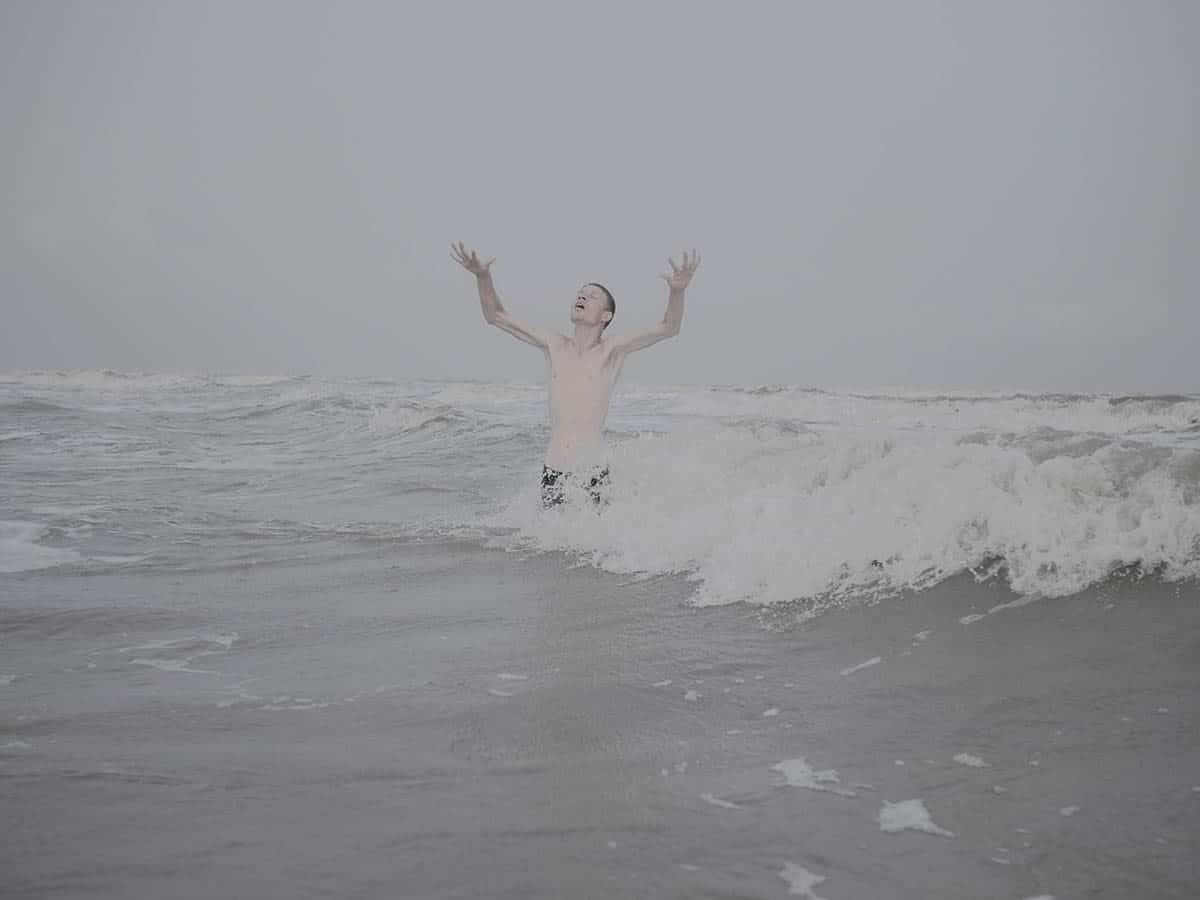 Sutirtha Chatterjee, The Sixth Sense & What Does it Take to Live

I was very curious about blindness from a very early age. When I was about 10 years old, I was diagnosed with colour blindness. It was and it still is difficult for me to identify certain colours. In spite of this, I felt as capable as any other child of my age. During the course of an editorial assignment in 2015, I learned that India is home to the world’s largest number of blind people and that number increases by nearly 30,000 every year. As we know in a class-divided society like ours, people with disabilities are ostracized and marginalized. They become victims of their situation, in which they had no choice.

As an independent photographer I felt that the issues concerned with blindness can only be addressed if we can fully understand blindness and its psychological complexity to the best of our abilities. And in that pursuit, I interviewed a group of visually impaired students and talked to them about their dreams and perception of reality. For people with eyesight, the reality is often understood purely through the physical act of seeing. For people without eyesight, they understand blindness through absence. I wanted to explore their dreams, in a quest to understand the nature of their reality, by analysing their dreams and responding to them visually. Also, these dreams often tell us more about their intrinsic human values and individuality which are often disregarded. Thus, the process of collaboration with the students began, where we recreate some sequences from their dreams in order to understand the perception of reality from a standpoint of a visually impaired.

Bordering somewhere between fantasy and documentation, the work aims to challenge the role of the visual realm, the core denominator of photography, in how we receive information and know reality. Thus it will ask the questions, “Does that which we see become reality? When we are deprived of sight, do we create a different reality?”

What Does it Take to Live

What Does It Take to Live? is a mixed media collaboration between a painter and a photographer. Photographer Sutirtha Chatterjee documents his travels as a personal quest to explore, understand and seek meaning to life- what does, in fact, it take to live? The answers are often played out in simple moments in front of him. These are moments from everyday life- strangers met on the street, lonely walks taken at night, bright boulevards that leave their personalities on you. He comes back with these moments on his Polaroids. Each image is then meticulously painted over, with the illustrator responding to what she sees on the Polaroid as her own exploration of the moment captured in the photo and through it, the central question-what does it take to live.

This series was born out of a whimsy to see if it was possible to paint stories on top of the stories that were already there on the shot images. Given that two people tell the same moment differently, how would these stories look like if they were placed face to face with each other (sort of like when two people have memories of the same event or moment but they have two different memories of it)? What would the story of ‘that moment’ then look like?

The hard to define philharmony is what strings together what are essentially simple images of daily life. They become parables of simple wisdom learnt from ordinary strangers met and lost while travelling. And yet each image is still deeply personal. Somewhere, the artists’ own stories creep in too, whether consciously or subconsciously. As twenty-something artists, both are at an age where they are navigating their own meanings of life. So What Does It Take to Live? is a collaboration also because Sutirtha and Trina, as two individuals are constantly trying to help each other make sense of this question. It is a collaboration in the sense in which all long-standing friendships are.

Born in 1991, Sutirtha Chatterjee is a graduate in Mass Communication and Journalism from Punjab Technical University. After completing his graduation he started working as a photojournalist and a sports writer for a regional publication by The Times of India group from 2012. In 2013, he was offered a position as a staff photographer, in a Tabloid in Calcutta.

In 2016 he quit his job to pursue long-term photographic projects which were more personal to him, for he firmly believes that time brings depth to a story and depth brings empathy and understanding from an audience that has grown immune to these feelings in the image-saturated world.

Based in Calcutta, he has moved houses several times from a very tender age. Born of many homes, he is interested in visually exploring the themes of memories, fantasies and awareness and how these collectively construct an individual’s identity.

Sutirtha was awarded the TOTO – Tasveer award for photography in 2017 for his work titled “The Sixth Sense”.