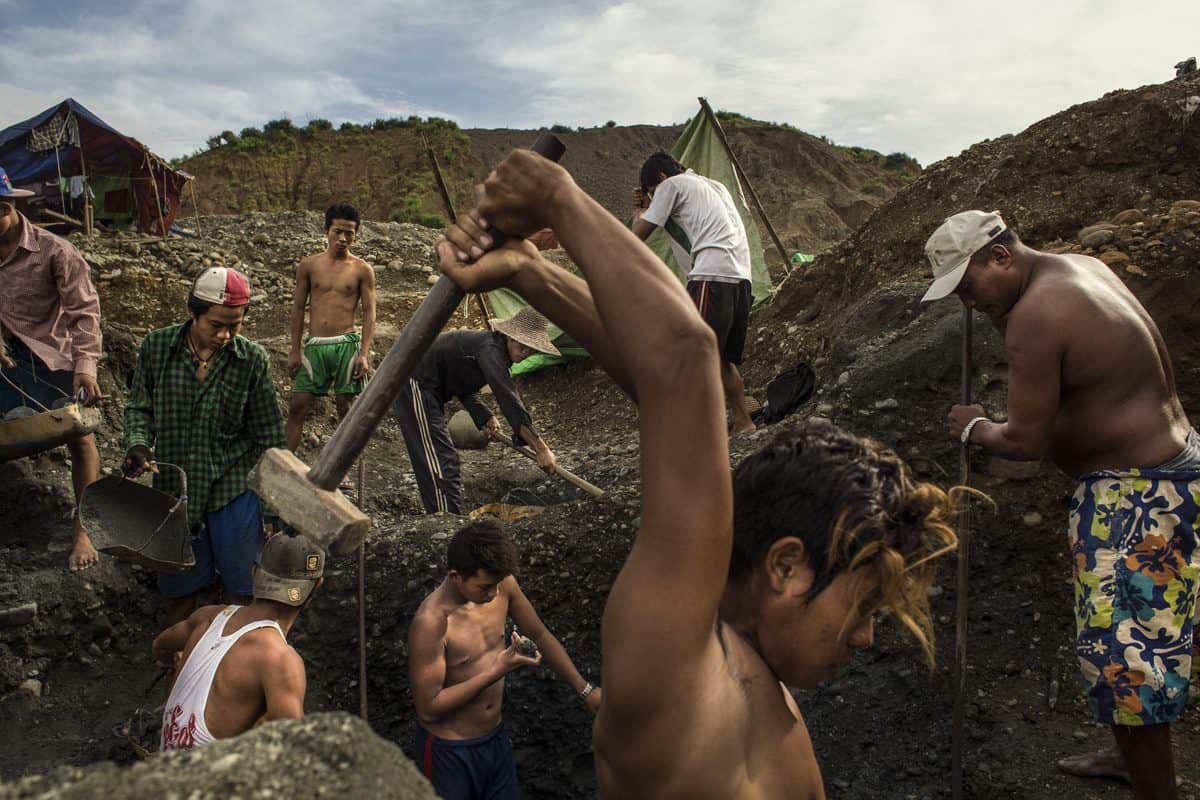 The Price Of Jade, by Minzayar Oo

Myanmar’s secretive jade mines lie in the Kachin town of Hpakant which is located in the northern part of the country. Hpakant, also known as “the land of jade”, produces the world’s highest quality of the stone, which the Chinese have prized during millennia for its beauty and symbolism. As an old Chinese saying runs – “Gold is valuable but jade is priceless”.

Everyday in Hpakant, hundreds of thousands of young men who migrated from different regions of Myanmar with a dream to find a short-cut to wealth, swarm across mountains of mining waste dumped by the government licensed mining companies. A 1994 ceasefire between the Kachin Independence Army and Burmese military brought most of the jade land back under government control. Since then, large- scale extraction has began, with hundreds of backhoes, earthmovers and trucks working around the clock, leaving the traditional freelance prospectors to become illegal miners by the law. For them, it is also a perilous job especially when banks and slag heaps are de-stabilized by monsoon rain. A massive landslide in November 2015 at a government-licensed company waste-dumping site reportedly killed 114 people.

Drug use is almost intrinsic to jade mining as ‘shooting galleries’ operate openly in Hpakant with workers often exchanging lumps of jade for hits of heroine. Fierce access restrictions are currently in place to reduce public scrutiny of the industry’s biggest players, its rampant corruption and its horrific social cost. Armed conflict in the area also flared up again in mid-2012 leading to ambushes along the jade trading road, which is said to be lined with land mines, remnants of decades of civil war. The fighting has been reportedly present in and around Hpakant and the jade mines.

Lumps of the precious stone can represent a fortune for small-time prospectors, sometimes a handful piece of jade being worth for million dollars. But rare finds by them pale next to the staggering wealth extracted from this billions-dollars industry by Myanmar’s military, the tycoons it helped enrich, and firms linked to China where most of the jades end up illegally. A recent report by London-based NGO Global Witness put the size of Myanmar’s jade industry at $31 billion in 2014, equating to nearly half of national GDP and over 46 times the nation’s spending on healthcare. “Myanmar’s jade business may be the biggest natural resource heist in modern history,” says Global Witness analyst Juman Kubba.

The Price Of Jade, by Minzayar Oo [Myanmar] is a Documentary Award Finalist in the Invisible Photographer Asia Awards 2018. View more 2018 Awards Finalists.