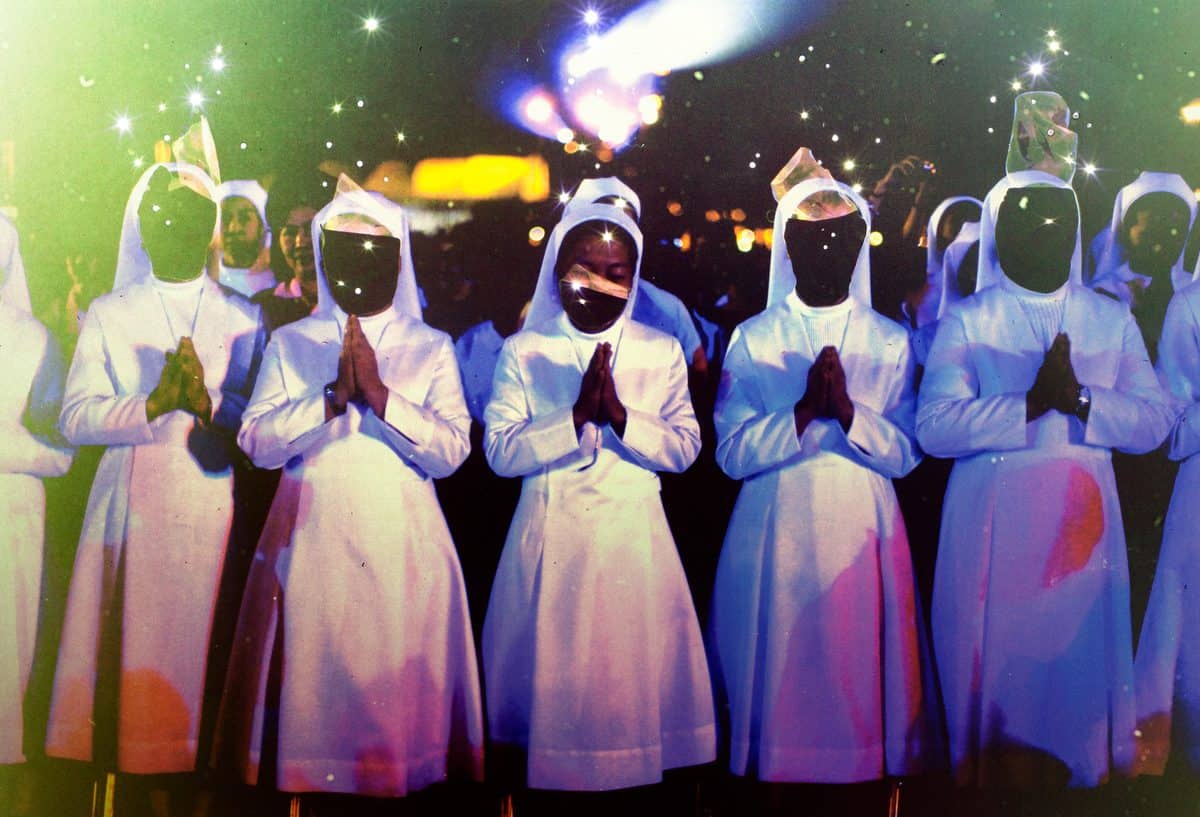 My works between 2015 – 2017 mainly focus on the process of mental surgery of authority in Thailand. Begin with Whitewash in 2015 and 2016, I explore my own ignorance toward political violence in Bangkok in 2010 by returning to places I used to go with school during that time. To make a contour sketch of overall picture of mind control, I made Mt. Meru series (2017) by trying to redefine hindu cosmology called “Traibhumikatha” which divide the universe into three: Heaven, Earth and Hell to justify the concept of goodness and sin, life and after life and karmic law. Most of all, in Thailand, the metaphysics that shapes social structure and hierarchy which king is at the highest position of the universe.

Both works intend to talk about the ability of photography and images to construct truth and transformation. Whitewash presents the idea of how images can control the past. This idea has been developed and finally became Mt. Meru. The function of image in Mt. Meru not only distort rememberance, but also to control dreams and to motivate an ultimate desire. The work based on the reality of surreal phenomenon in Thailand.

The portrait of ordinary people turns to holy icon of god as we can be seen everywhere in the country – the picture of king.

Furthermore my opinion about of how idolatry work is that, it activates like pornography which makes viewers escape from dispointing reality to fantasy world for fulfilling melancholic mind of them. By giving opportunities to those viewers dominate impossibilities in real life and to be controlled synchronously, the sweetest bondage.

Harit Srikhao born in 1995 in a Pathumthani suburb, Srikhao started taking photos when he was 13 years old with his keen eyes, until at the age of 16 he was selected to attend the Angkor Photo Workshop of Magnum photographer, Antoine d’Agata. After coming back to Thailand, he started his first series, Red Dream (2012), by returning to the route that he got lost in the night of the military crackdown in 2010.

He won several awards, including Special mention by the jury at Dusseldolf Portfolio Review, The Second Prize at the 2016 Gomma Photography Grant and Winner of Juror’s prize at Filter Photo Festival. Also selected as a winner of Foam Talent 2017 to exhibit at Foam Foam Fotografiemuseum Amsterdam with traveling exhibitons to New York, London and Frankfurt. Most Recent his first book ‘Whitewash’ which published by AkinaBooks has been nominated for a 2018 Infinity Award in the Artist’s Book category. Now he is preparing for study in Master degree in Germany.