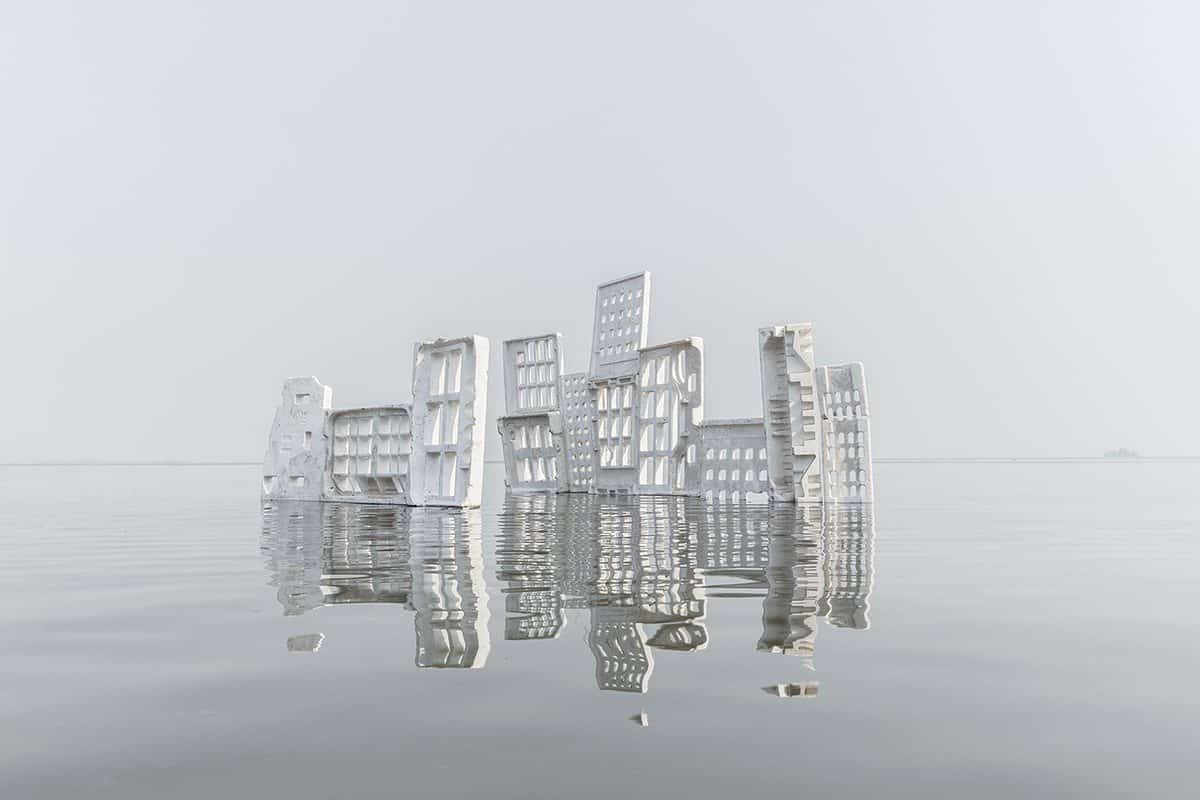 In this series, I am taking a conceptual approach to comment on consumerism and how its’ consequences are seen finally dumped in our oceans. My work begins by looking for expanded polystyrene ( eps ) packaging material from large scale thrash centres in Dharavi, Mumbai where most of these goods are collected from all over the city and its outskirts. These materials are largely used for the packing of various consumer goods in India and also many other countries.  I choose this material so as to symbolically imitate on the culture of our consumerist growth.  Then, I work around with these found goods to make several built structures and later photograph them showing as a constructed environment in the waters. It appears to be a serene space with these structures ironically built from this highly toxic and non-biodegradable waste.  It is a comment on our attitude and on the scale at which the plastic waste remains in the seas.  Holy Boulevard is thus a satirical take on the human interaction with the environment.

Sameer Tawde is a visual artist and photographer, currently based out of Mumbai, India. His work has been exhibited in solo and group shows in India and abroad at Museums, Photography Biennial and film festivals.   In 2013 and 2014, he was invited for an artist residency at the  FUKUOKA ASIAN ART MUSEUM, Japan and MUSEUM QUAI BRANLY, Paris. In 2012, he was nominated for the Paul Huf Award.  His work largely involves humour and play with a fictional approach and is often interlaced with a documentary and an imaginary eye.