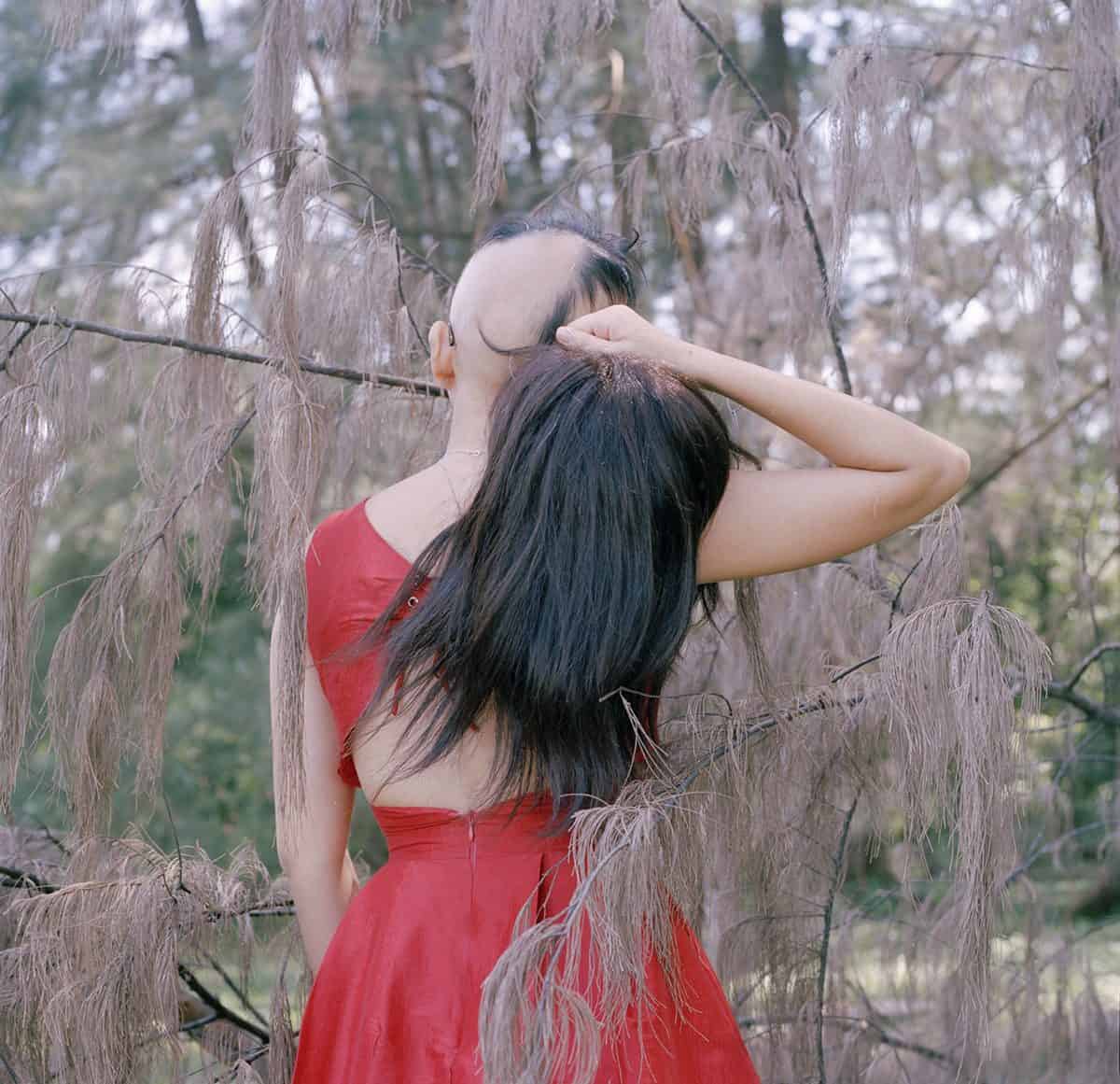 Amrita Chandradas, All is not lost & Vanishing Hope

All is not lost

Would it be her features? The way she talks, behaves or moves? Or would it be how her strands of her hair sway in the wind that would attribute to her femininity? Hair, we find it everywhere. It permeates our consciousness from the books we read, the media we engage in and the list goes on. What if that hair is robbed away from you with no warning? The closest female friend confides to me on how her world slowly turned blue. Every strand of her hair fell with no warning in her youthful twenties and she felt her femininity slowly stripped away. Dodging questions and still remaining in her shadows till today, I decided to photograph another woman who is going through the same condition to help my friend not to feel alone with her predicament.

In this process I found a beautiful girl named Chan See Ting in mid 2016, not long after she bravely announced about her rare hair loss condition called “ Alopecia” ; hers in particular is “Alopecia Areata”. This resulted in her losing most of her hair and although not a deadly condition, there is no cure as of now for alopecia. It either stems from genetics or where one’s immune system mistakenly attacks hair follicles thus causing permanent hair loss on the scalp and sometimes on all parts of the body.

Here it is part 1 of “All is not lost” the vibrant, young and vivacious Seets pictured through her world of dreams, hopes and nightmares – confronting head strong against society expectations and changing the colors of her world according to how she experiences this journey.

Days becomes weeks and weeks becomes months turning into years and yet you can’t fathom if your loved one is alive or dead. During and after the long running civil war of 26 years between the Sri Lankan military and the LTTE comes the unquestionable disappearances of thousands of Sri Lankan Tamils- an official estimate of more than 20,000 Tamils are missing. Their family members are desperate for answers on their well being & circumstances. All that is left are silent photographs, empty surroundings & unanswered questions in each passing.

Till today, the UN is denied entry into looking at war crime atrocities committed at Sri Lanka, the Sri Lankan government have vehemently opted for a domestic enquiry instead. However, the local people hold no hope in the government’s action, as death certificates and small amount of money are issued to placate their answers with no holding evidence of their loved one’s remains or last moments. Rumours of secret detention camps are spoken about and mass graves appear sporadically with time passing on-Hope vanishing with or without evidence.

Amrita Chandradas is a Singaporean documentary photographer, currently based between her home Singapore & other regions of Southeast Asia. She won the Top 30 under 30 Documentary photographers internationally by the prestigious Magnum Photos and Ideas tap in 2014.Amrita was chosen for the 2016 Angkor photography workshops and her work was recently selected as a finalist for the Asian Women Photography showcase in 2017. She graduated with an MA in Photojournalism & Documentary photography from London College of Communications. Her work is also featured on New York Times, Financial Times, BBC world, Dagbladet information and among others.

Amrita aspires to explore the conflux of changing environments and its inhabitants. She hopes to bring forth less discussed issues on displacement and struggles through on-ground personal insights. She has recently completed a hostile environment training and first aid course sponsored by the Frontline Freelance Register, IWMF, ACOS Alliance and RPS Register.