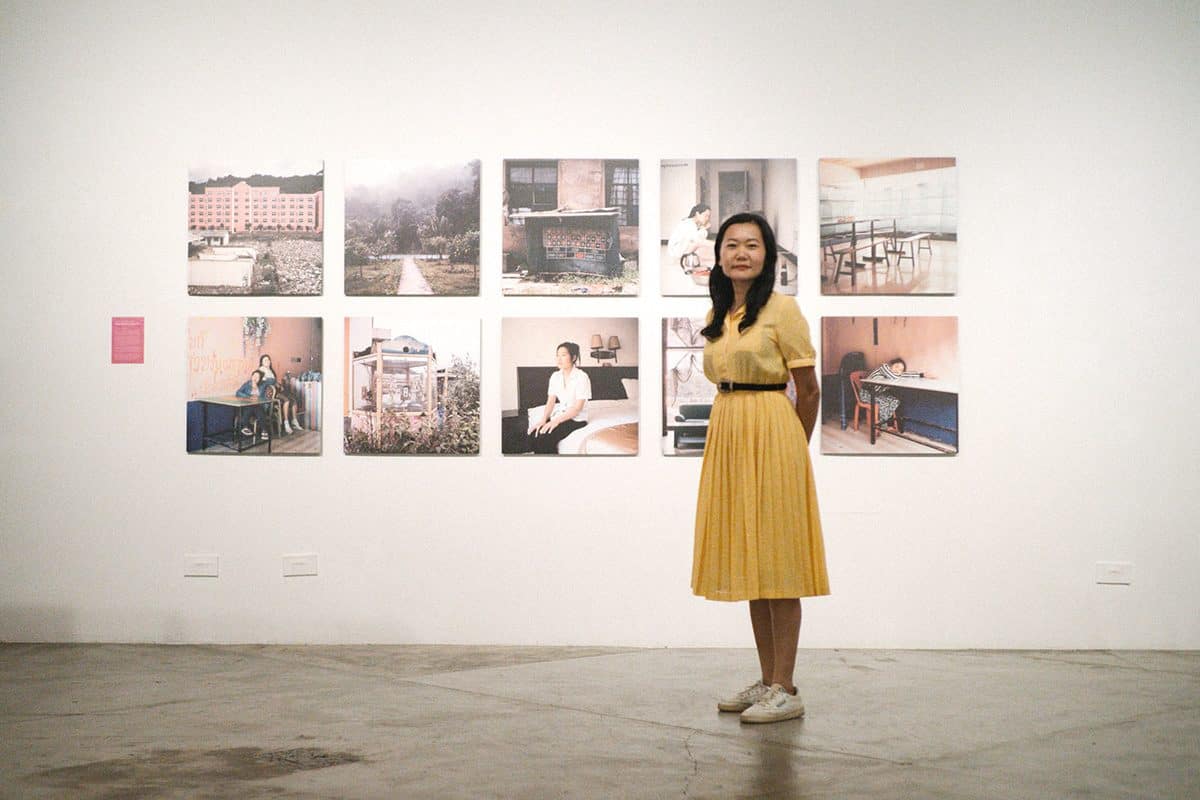 An exclusive interview with Singaporean photographer Huiying Ore on winning the Documentary Award in the Invisible Photographer Asia Awards 2018 and her long-term project on Laos.

My project that’s shown here is called the Golden City of Boten. It’s part of a larger series of work that I’m doing in Laos. I started off with the high speed railway train project, and then this story of Boten lies in the border of Laos with China. This is the last stop that the train will pass through in Laos before it goes to China.

So when I was there, people started telling me that there’s this town up north and this is happening, there’s a lot of gambling and the Chinese is taking over, so of course, it piped my curiosity. So I went down to take a look. That was my first trip when the casino was still operating. And then I heard that it got closed down so I went back again. So the project happened like that.

I feel that in order to make photos or stories in countries that’s not your own, somewhere foreign, it’s just very important to remember that we are all human. Even though the cultures may be different or similar, but there are still universal values that we can relate to. There’s nothing wrong with working in somewhere foreign. Especially with Laos, it’s in Southeast Asia so it’s a region that I feel I can relate to. I didn’t have any problems working there at all.

Do I have a strategy when approaching a story like Golden City of Boten? I wouldn’t call it a strategy but It’s more like when you are at a place you are not familiar with, it takes a lot of time getting to know the place, getting to know the people, and making connections. And then from there it’s a back and forth system of how do you feel about the place, getting familiarised with it and then you shoot according to what you feel.

There were a few photographers, different ones, that influenced me because my journey as a photographer changed a little bit along the way. So when I first started out I wanted to do photojournalism and I looked towards the work of people like Salgado and the photographers from Magnum. Their work was really good. That was who influenced me at that time. As I learnt more about photography, my idea of it changed and what I wanted to do became a bit different so I decided to go into documentary. I then got influenced by works of Alec Soth and some of the Chinese photographers whose works were more quieter, a bit more subtle, and not so direct. It isn’t about news anymore, it’s about issues.

Trends? To be honest, I’m not really keeping in touch with a lot of the other photographers in Southeast Asia. What I know is mainly from friends, what they’ve been doing and updating on their Facebook. Of course, it’s necessary for us as a photographer to look at the works of others but sometimes it’s just not good to spend too much time on it because you just do your own thing. A few trends? I don’t know, maybe people are just moving away a little bit from the really hardcore photojournalism work and giving themselves more space to explore documentary work or even conceptual work. It’s great that we have the luxury to explore and try different forms of work because you never know. Like when I first started out, I wanted to be a photojournalist, but given the chance, given the space, I realised it wasn’t really what I wanted. I would encourage people, especially the young photographers starting out, to explore a bit more before deciding on your career path. Time is a luxury. So while now when you don’t have a lot of work coming in, of course you feel anxious about it, but it’s also the best time for you to really explore and try different things, and then eventually find something that you really like and you feel it’s right for yourself.

There’s so many people that I’d like to thank for being able to be here. First of all, there’s friends. A lot of friends have seen me grow in my journey as a photographer and they’ve been so supportive and giving feedback. I wouldn’t be here without them. And also friends who are not in Singapore, friends who have helped me, especially in Laos. It’s not an easy place to work so I need a lot of support and help from people there… As well as my family, my parents especially. And also to the judges for being so encouraging. I’m sure it’s not an easy task trying to judge our works. And also to Invisible Photographer Asia for organising this event and also to the sponsors for their generosity. Thank you.

Ore Huiying is a documentary photographer from Singapore. Her practice revolves around storytelling, which she believes is basic to human beings. She grew up in rural Singapore, but was uprooted to an urban environment as the country underwent development. As a result, Ore is drawn to narratives of people and places affected by development. She strives to discover a pattern to cope with the experience of chaos and confusion, both of her subjects and of her own.

Apart from working on personal projects, Ore does commissioned work for publications like Bloomberg, New York Times, Le Monde newspaper and Getty Images, as well as for NGOs and corporate clients.

Since 2010, Ore’s photographic works have been exhibited in photo festivals, museums and galleries regionally and internationally. She was named one of the 10 Platform Emerging Photographers in Singapore 2010 and was selected to participate in the 1st Asian Women Photographers’ Showcase in Angkor Photo Festival. She was nominated for the Sagamihara Photo City’s Asia Prize (Japan) and received a Select Award in the Kuala Lumpur International Photo Award. In 2013, Ore was nominated for ICON de Martell Cordon Bleu, a photography award in Singapore that honour photographers’ original vision and dedication to their craft.

In 2010, she moved to United Kingdom and completed her Masters of Arts in Photojournalism & Documentary Photography at the London College of Communication. After 3 years of working and living in London, she returned to Singapore in 2013, as her photography is focused on investigating the progression of Southeast Asian societies in the global context.

The Golden City of Boten, by Ore Huiying (Singapore) is the Documentary Award Winner in the Invisible Photographer Asia Awards 2018.