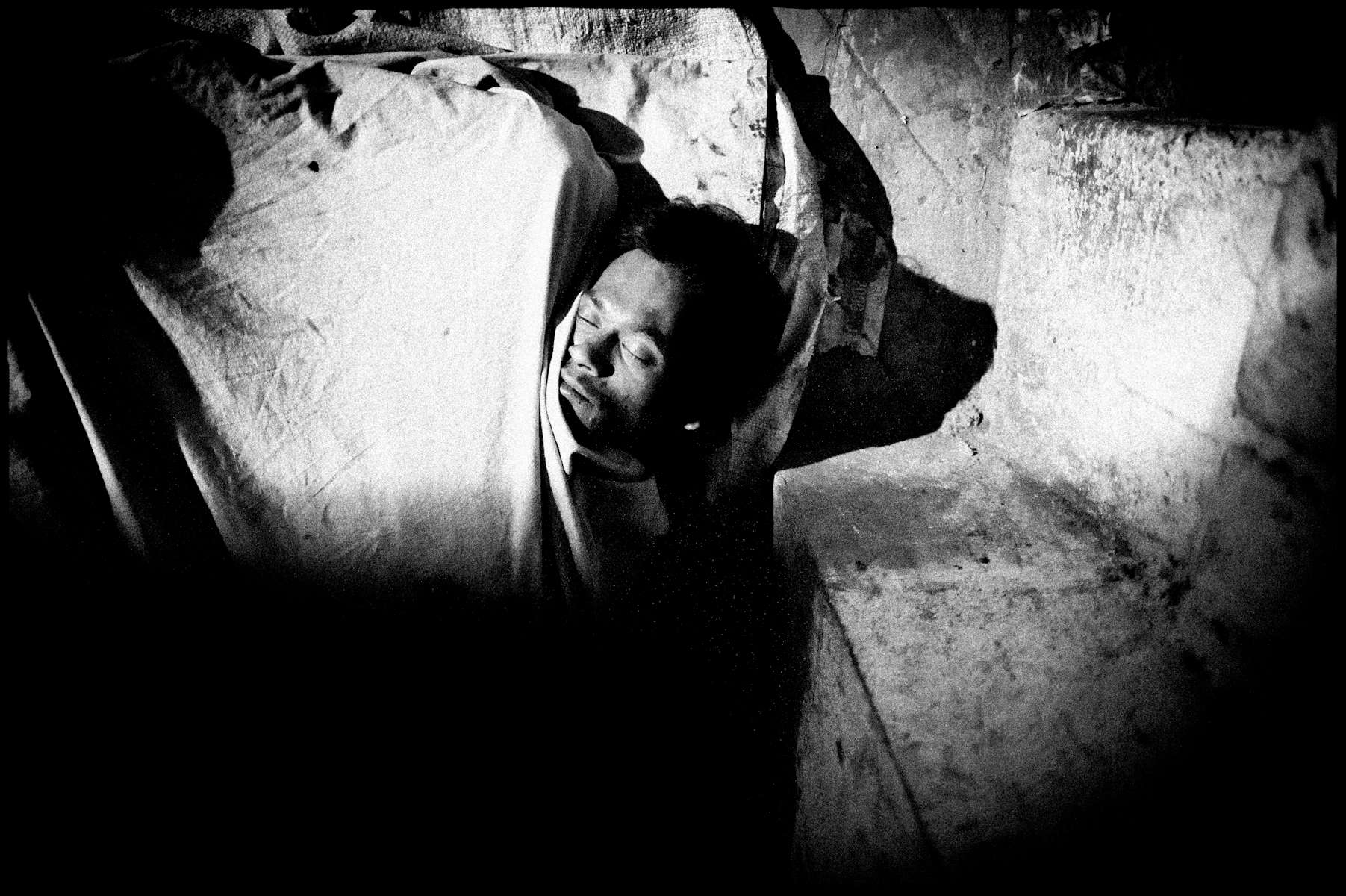 In India, there is a population of more than 15 million people residing in slums, of which 1.5 million of them live in Kolkata. I met some of these slum residents one day.

Most of them were drug users orphaned at a young age or at birth. They band together in gangs run by local mafias. The Mafia make them injure themselves on purpose to gain more sympathy when they worked or begged for money.

One of them is Raju, a 20 year old man addicted to heroin. Raju was orphaned when he was 3 years old when his mother passed away, and his father left and never came back. He now wishes to return to an ordinary life without heroin. He tries to earn money collecting trash. But the heroine addiction is too strong, and he succumbs to its abuse when withdrawal kicks in.

Sunny is another 22 year old man living in a slum near Raju. He was also a drug user. His arms are filled with injection scars. But he is now rehabilitated. Sunny kicked his addiction of his own will (barely), and even found a decent job cleaning rooms with the help of a good friend. Last year, He married his girlfriend, moved in with her family, and fathered a son with her. “Someday, I want to run my own hotel, and not clean rooms anymore. I want to get more happy and big.” He said to me, looking at his baby son smiling.