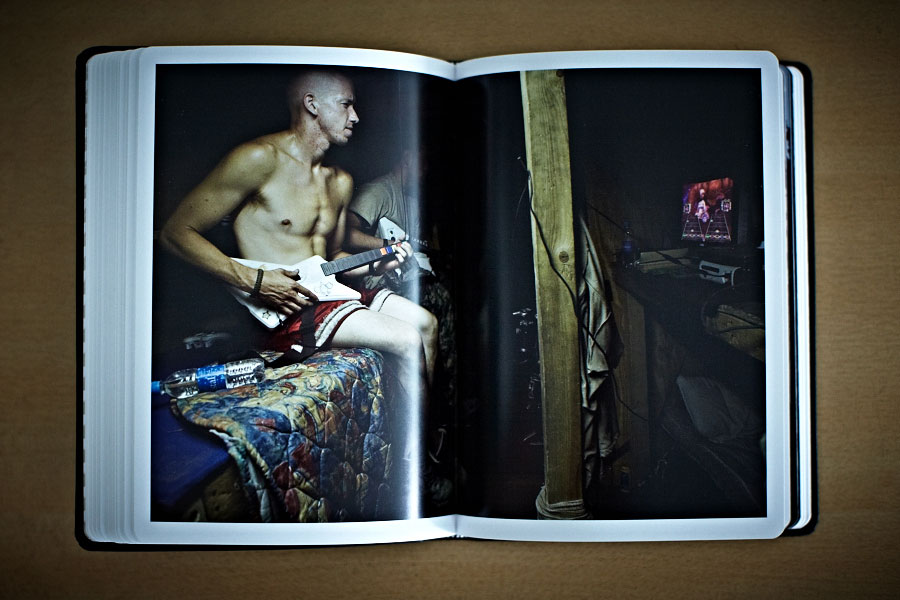 I first came across Tim Hetherington‘s photography work after he won the World Press Photo of the Year award in 2007 for his photograph of an American soldier resting in a bunker in Afghanistan’s Korengal Valley.  In April this year, Hetherington was killed while covering the conflict in Misrata, Libya. He was both a photojournalist and a filmmaker. Together with writer Sebastian Junger (author of The Perfect Storm), they directed the Oscar Nominated documentary film Restrepo. The official Restrepo website states the following outline for the movie:

RESTREPO is a feature-length documentary that chronicles the deployment of a platoon of U.S. soldiers in Afghanistan’s Korengal Valley. The movie focuses on a remote 15-man outpost, “Restrepo,” named after a platoon medic who was killed in action. It was considered one of the most dangerous postings in the U.S. military. This is an entirely experiential film: the cameras never leave the valley; there are no interviews with generals or diplomats. The only goal is to make viewers feel as if they have just been through a 90-minute deployment. This is war, full stop. The conclusions are up to you.

Hetherington’s book Infidel published by Chris Boot Ltd. feature photographs of the same platoon of men featured in Restrepo. Hetherington spent a total of 5 months over the course of 1 year embedded with the men of Battle Company, 2nd of the 503rd Infantry Regiment, 173rd Airborne Brigade Combat Team. Infidel is an intimate portrait of a single US platoon. Less than 20% 0f the book features the men in actual combat.  Much of the book focuses on the periods of time in between the fighting. It captures a glimpse of the interpersonal relationships between the men and the bonding that we rarely see represented in the media. The book also features interviews with a few of the men as well as graphics of the tattoos the men gave each other in the camp. The title of the book comes from a tattoo. Sebastian Junger, in his introduction to the book says:-

Their name for us was ‘infidel’.  We were in the Korengal Vally, in eastern Afghanistan, and the US military could listen in on enemy radio communications in the area.  ‘The infidel are climbing the hill’, enemy fighters would report to each other . . . . after a while the men began to tattoo the word in huge letters across their chests. 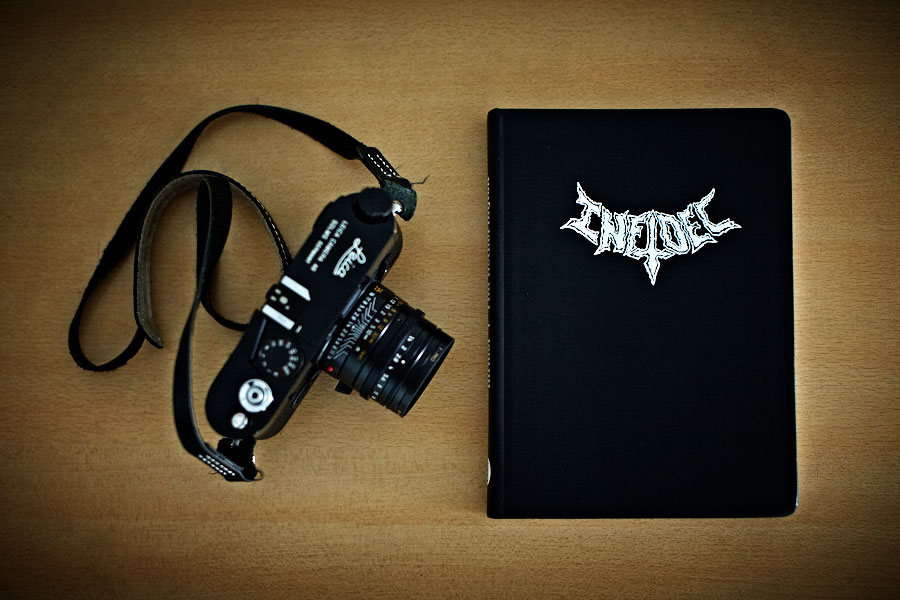 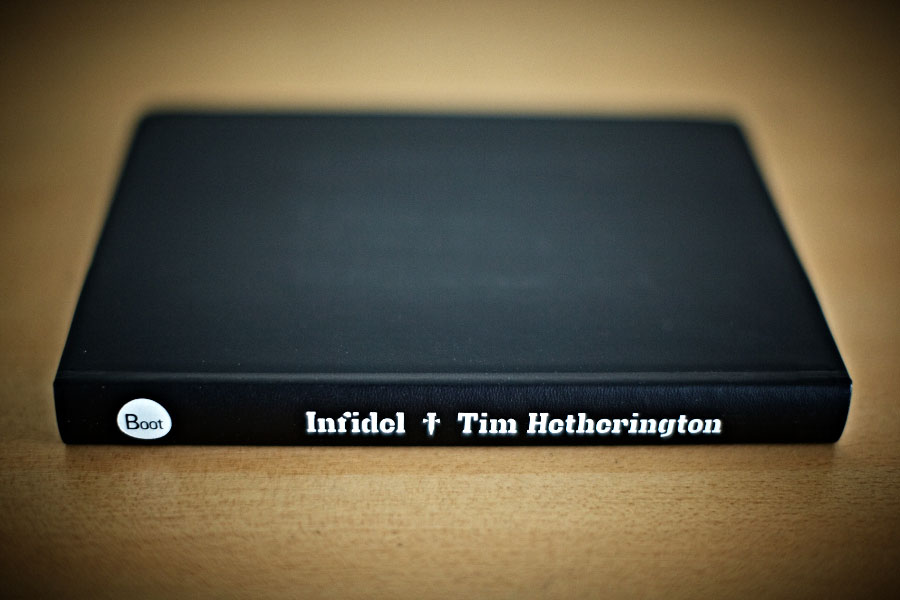 The book seems to have been designed in the manner of a Bible (see above photos; I added my camera in to illustrate the scale and size of the book). The printing and layout of the book are excellent. The following photos show some of the interior. 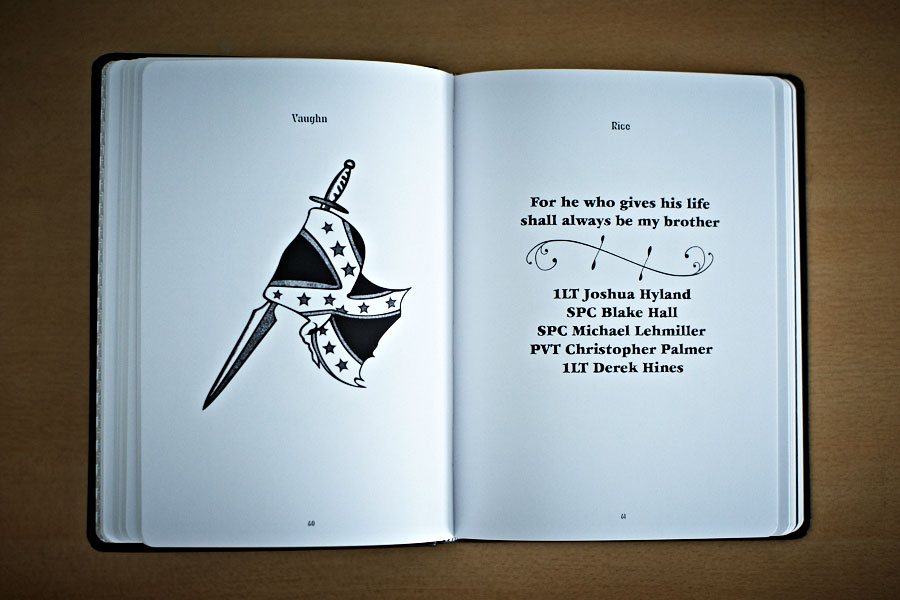 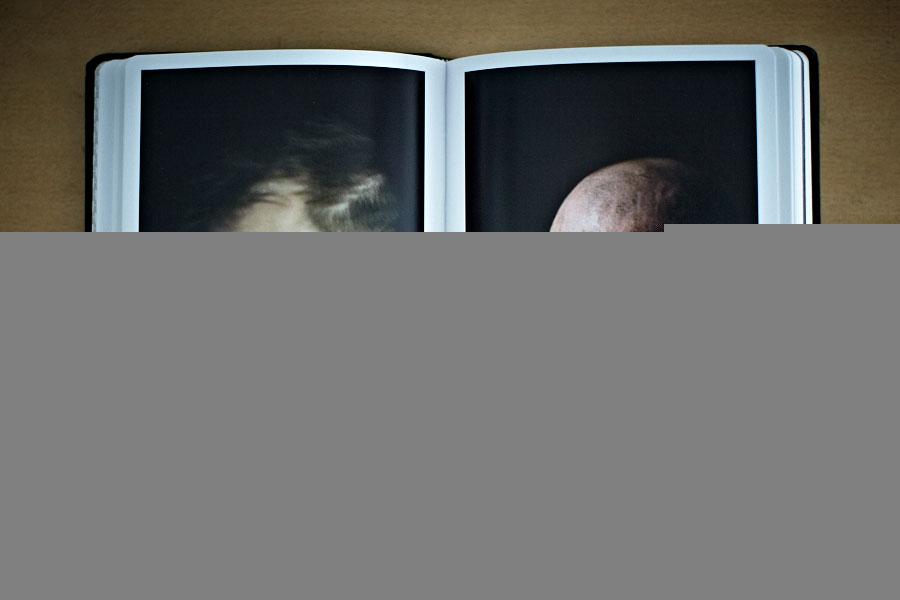 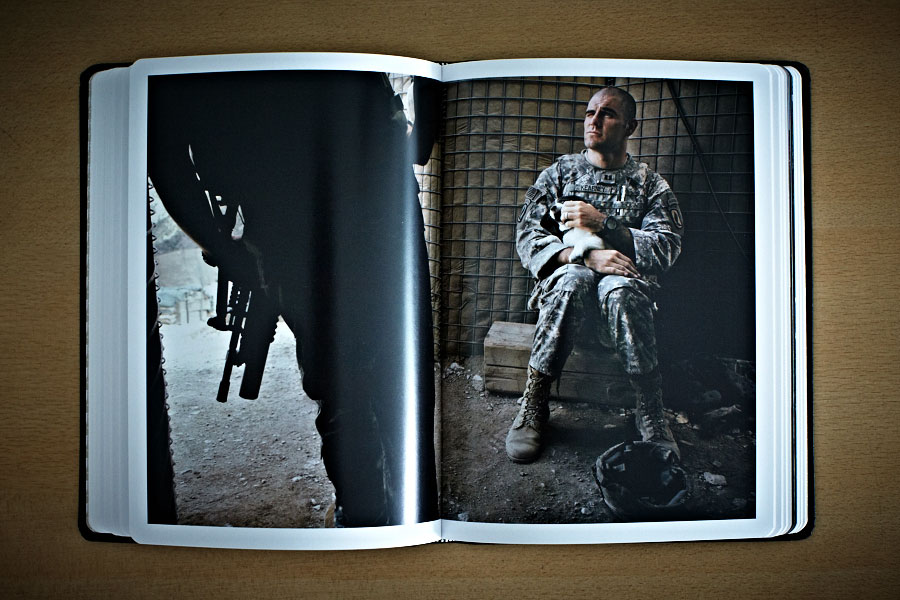 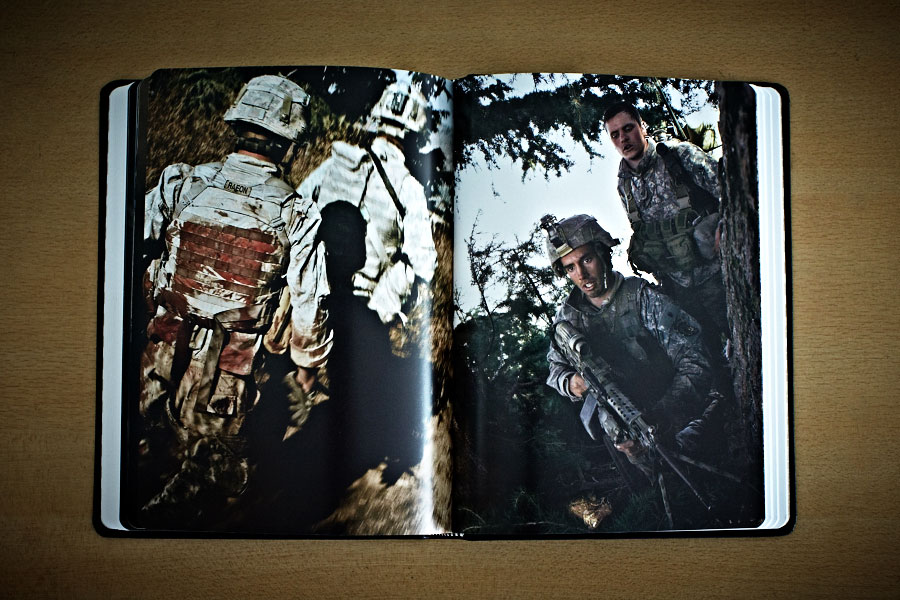 A surprising series of photographs of the men asleep are featured near the end of the book. Sebastian Junger says:-

Creeping through the outpost came Tim, camera in hand, grabbing photographs of the soldiers as they slept.  ‘You never see them like this,’ he said to me later.  ‘They always look so tough, but when they’re asleep they look like little boys.  They look the way their mothers probably remember them.’ 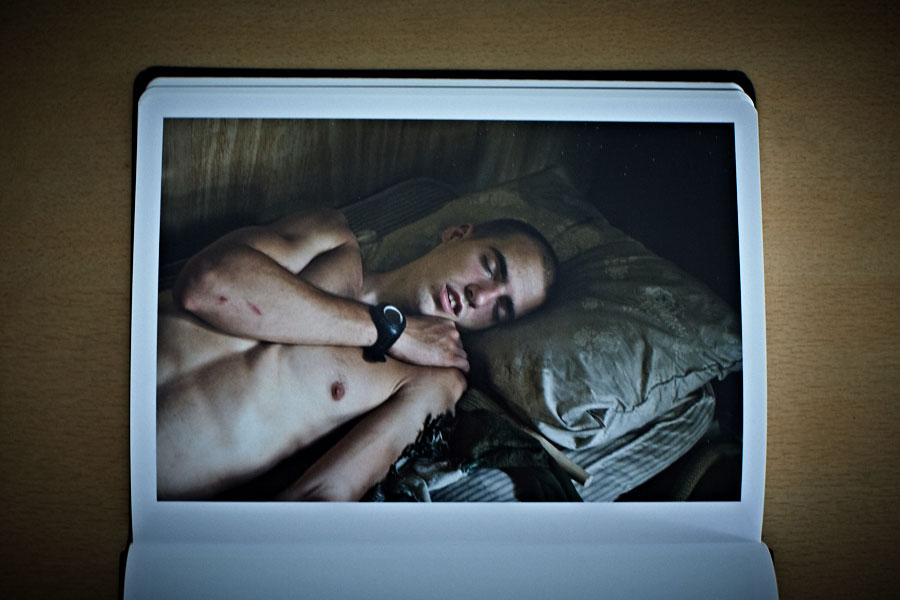 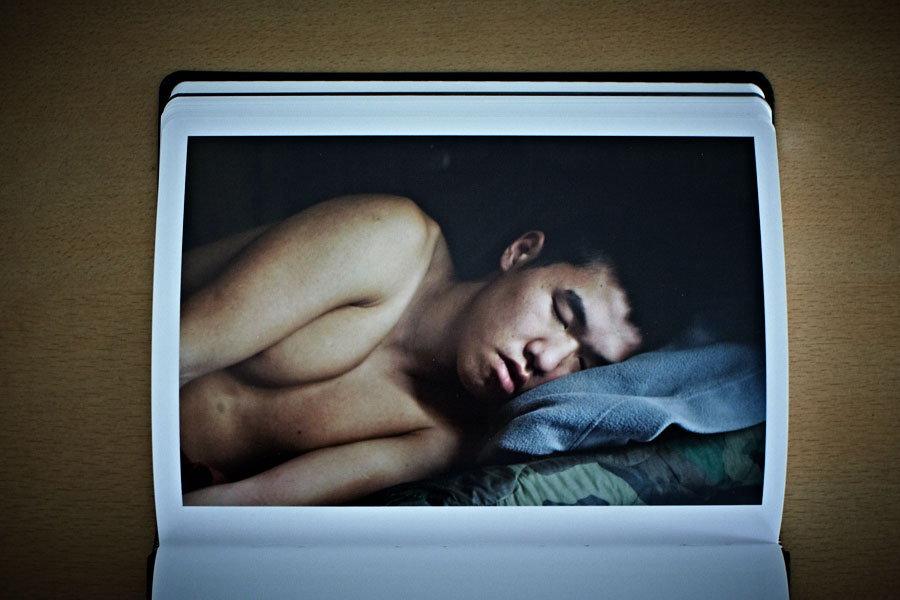 I went through Infidel before getting to watch Restrepo and the book and the movie stand alone on their own and yet complement each other really well. Both are highly recommended.  Tim Hetherington will be greatly missed. The following links are recommended reading and feature more of Hetherington’s photographs.

‘Restrepo’ and the Imagery of War By Michael Kamber

A Family Album: American Soldiers at War By James Estrin

Into the Valley of Death By Sebastian Junger