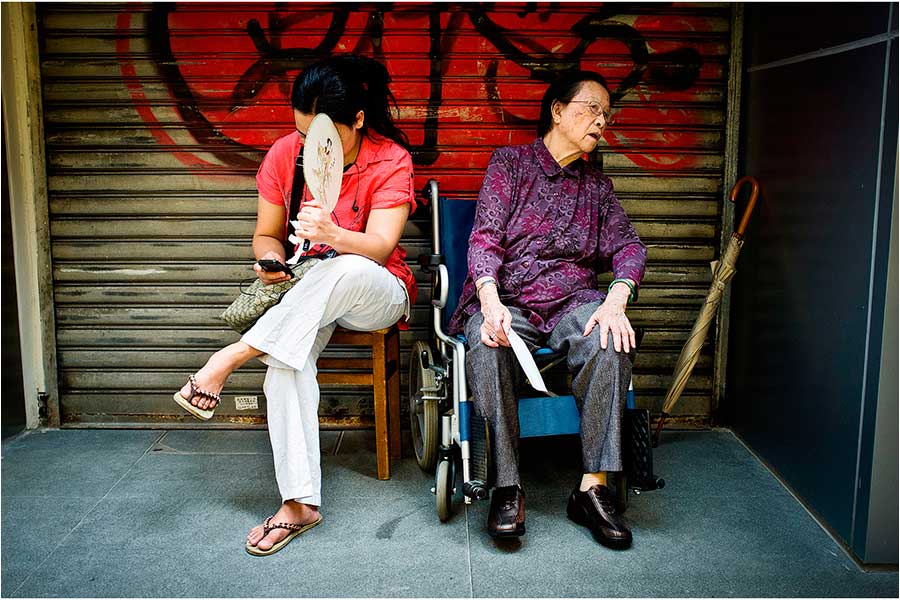 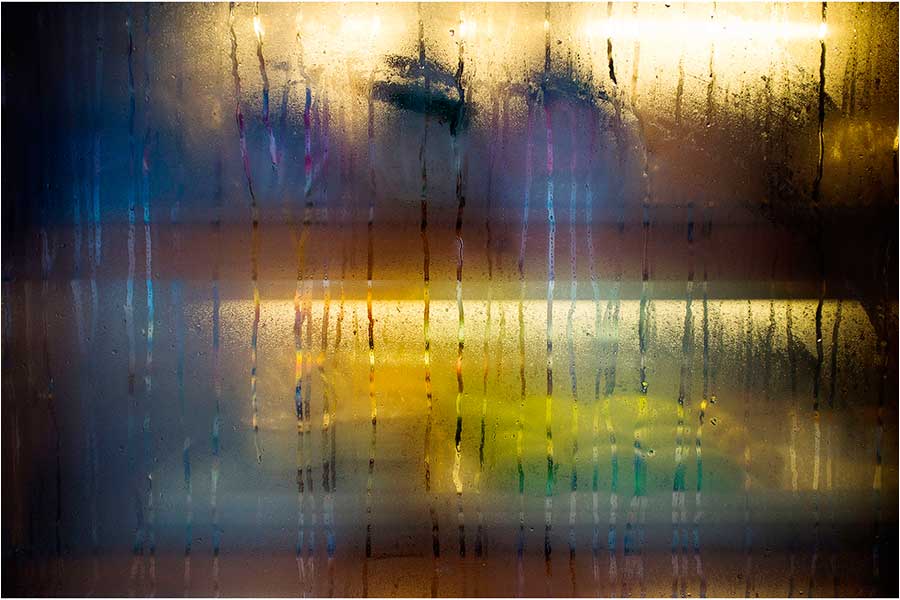 A few weeks ago when I was in Hong Kong (HK), Typhoon Nesat swept past. On Thursday, 29th September 2011, Typhoon Signal No. 8 was issued and the whole of HK basically shut down. Schools, offices, the stock market and most shops closed and transport more or less came to a standstill. The MTR trains ran at a reduced frequency, hardly any taxis or private vehicles were on the roads and the ferry boats, trams and buses stopped running whilst Signal No. 8 was in force.

My wife and I ventured out in search for food during the quieter moments of the typhoon when the rain stopped or when it was just drizzling. What I saw was quite shocking. I had never seen the streets of HK so empty on a working day or any day for that matter. It looked surreal and at times I felt like I was in a Zombie movie like 28 Days Later (of course minus the Zombies). Signal No. 8 was downgraded to a No. 3 in the late afternoon but even then the number of people and vehicles out on the streets was a small fraction of the norm. These are a selection of photographs from my HK walkabout. 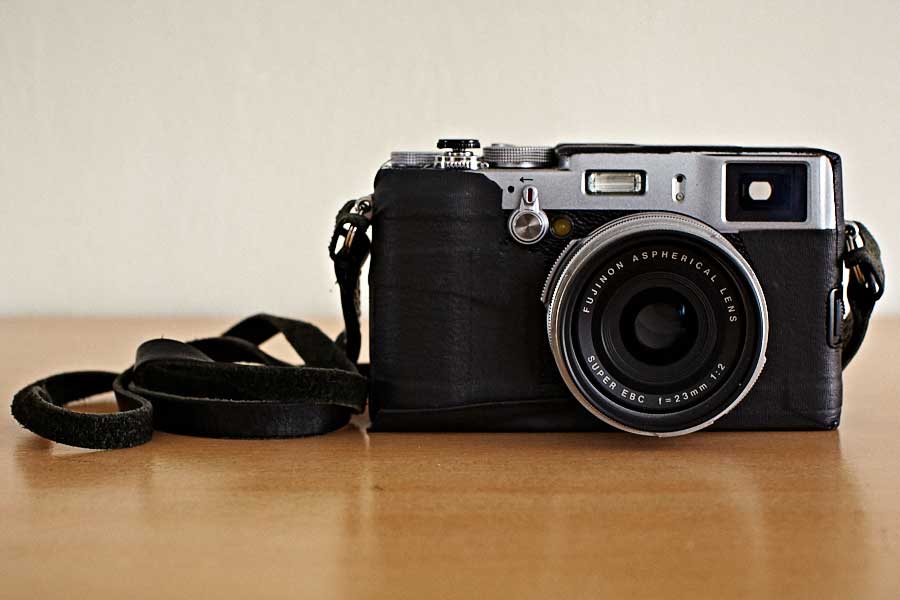 For this trip I was testing a Fuji X100 camera that a friend loaned me. It is a bit unfortunate but my friend’s X100 was suffering from the ‘sticky aperture‘ problem that has been identified in some of the cameras. I only realized there was a problem when I saw that once in a while my photos were coming out overexposed. Apparently the aperture blades of the lens was not closing down properly when shooting at smaller apertures. E.g. If I was shooting at f8, the aperture blades would open to f5.6 instead of f8, thus overexposing the image. It was an irritation but once I figured out what was happening, I stuck to shooting at f2 which was fine with me as I tend to like to shoot wide open anyway. 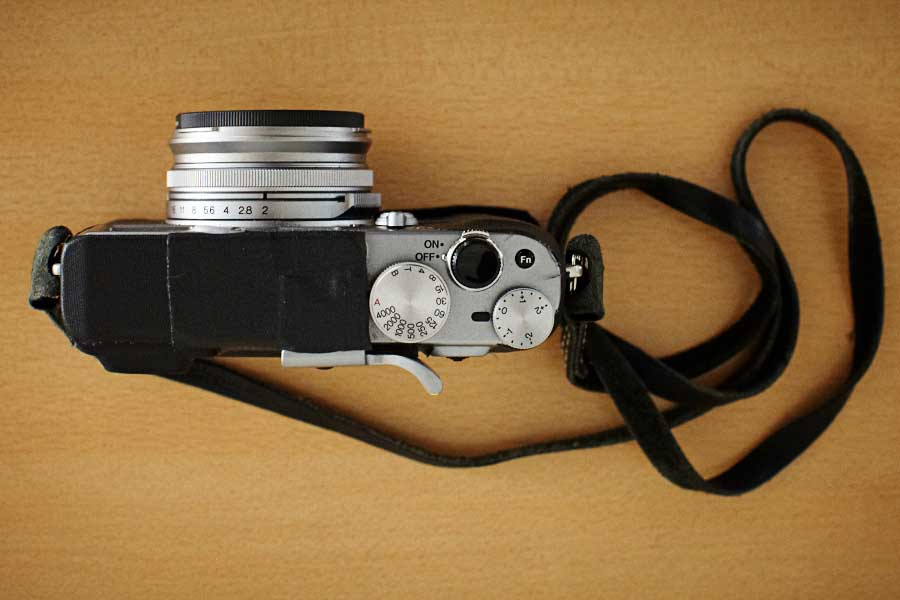 Other than the sticky aperture problem, I really enjoyed using the camera. I like using optical viewfinders rather than LCD screens to frame images so the X100′s hybrid optical viewfinder was a big plus point for me. The earlier reports of the camera having problems with focusing on the correct subject at closer distances due to parallax error whilst using the optical viewfinder seemed more or less resolved after the latest firmware update with the addition of a ‘Corrected AF Frame”. In use, the camera was stealthy and virtually silent which was great for street photography. 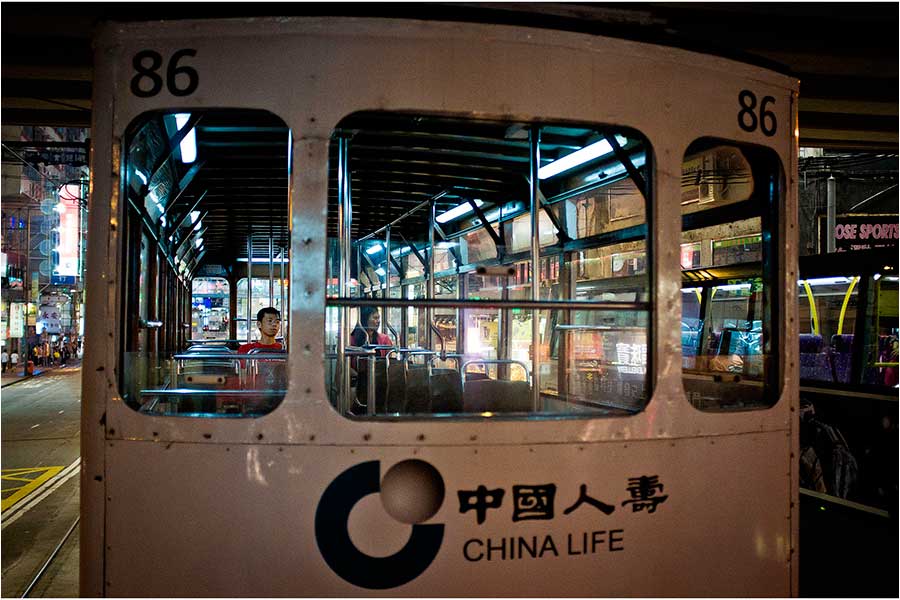 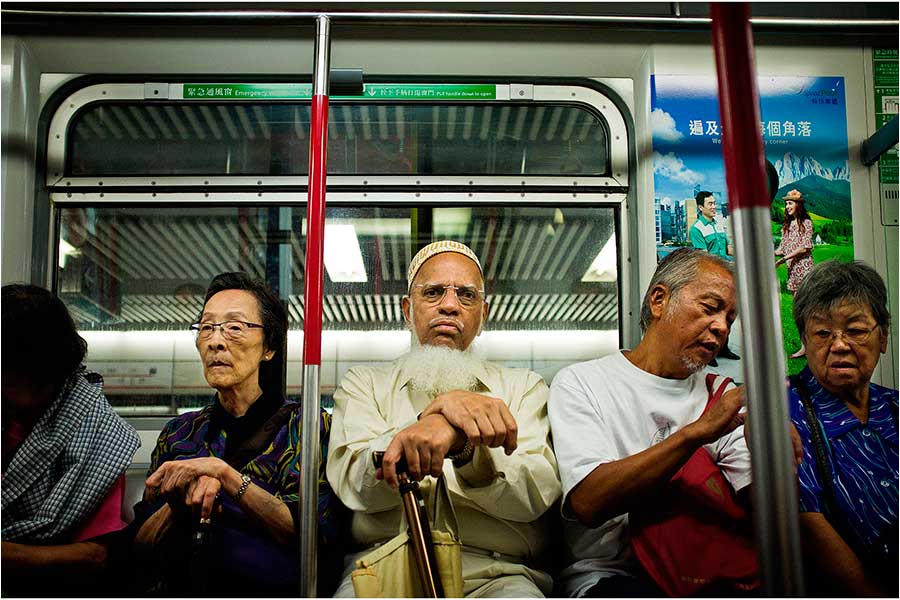 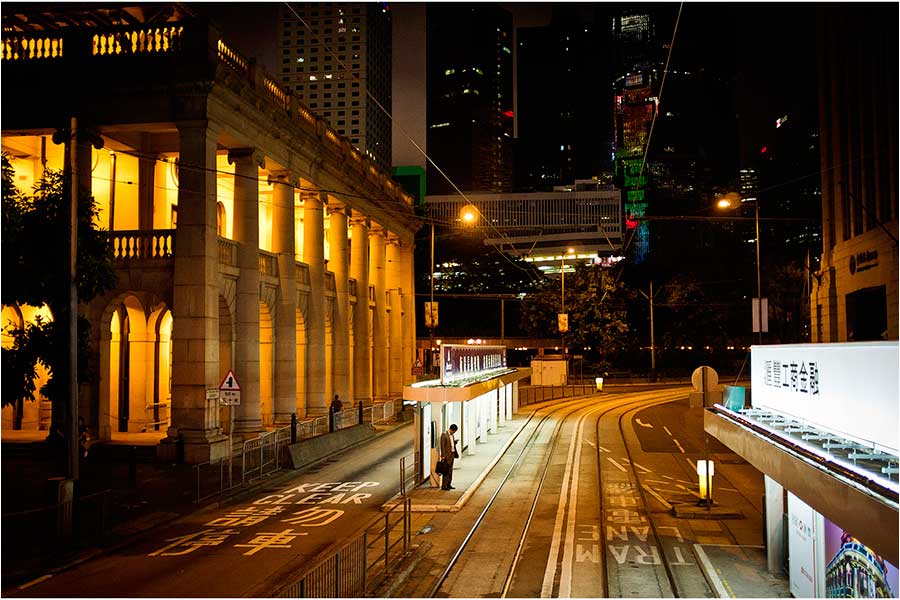 The high ISO performance of the camera was also a big plus point for me. Most of the shots I did at night or indoors was at ISO 1600 or higher and the generated files was still quite clean with regards to digital noise. With the nice large f2 aperture and good high ISO performance, shooting at night was a breeze.

A minus point for me was that I found the camera’s auto-focus a bit sluggish with the focus taking a moment to lock on when the shutter button was half depressed. After a while I decided to just trust that the camera was locking onto the thing I was pointing the camera at and instead of waiting for the green focus confirmation to come on, I would simply continue to depress the shutter button all the way and just take the photo. It seemed to work well and I have not really had any missed photos or photos spoilt by bad focusing (even at f2). It would be nice if Fuji could include a ‘set focus to hyperfocal distance for chosen aperture’ option in the future. Ricoh has their ‘Snap’ mode and I think Fuji should do something similar. 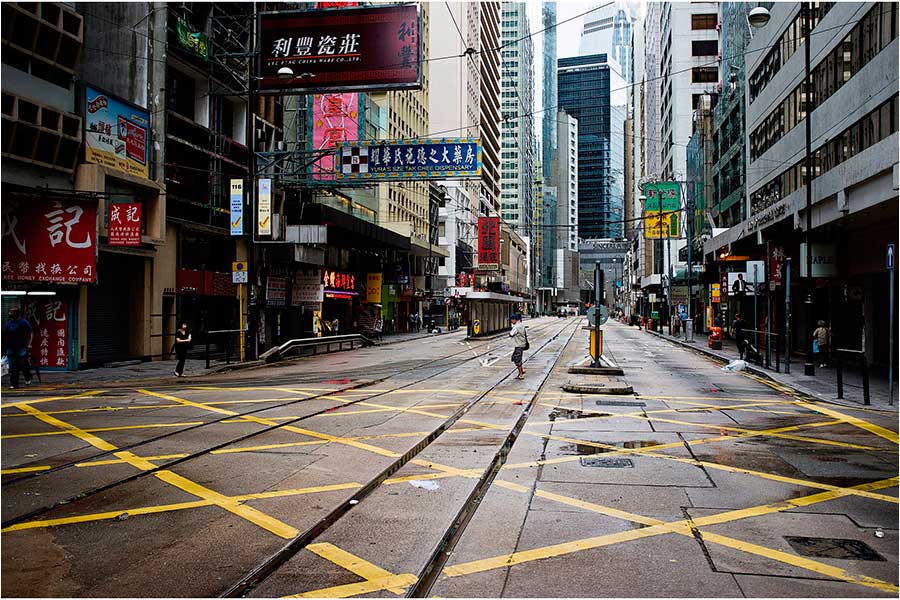 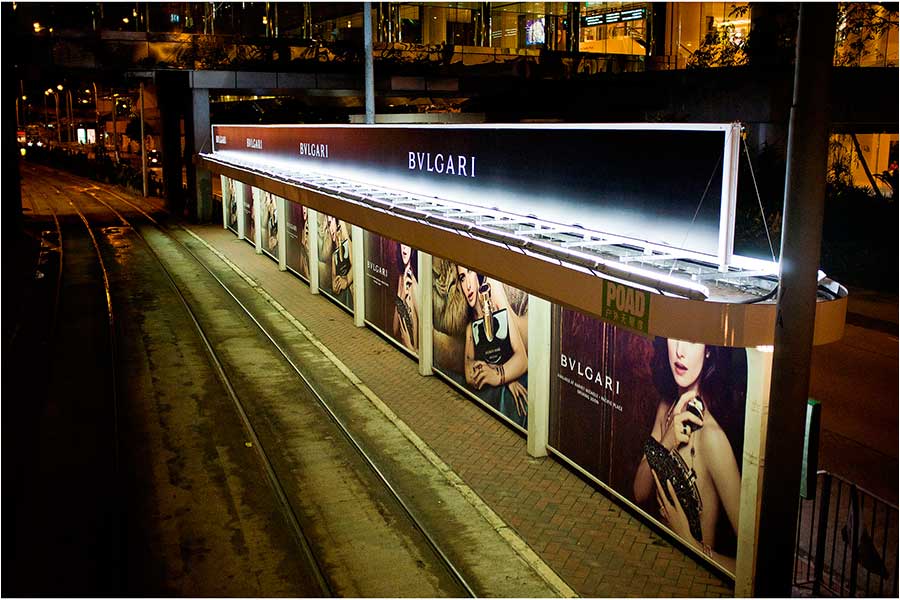 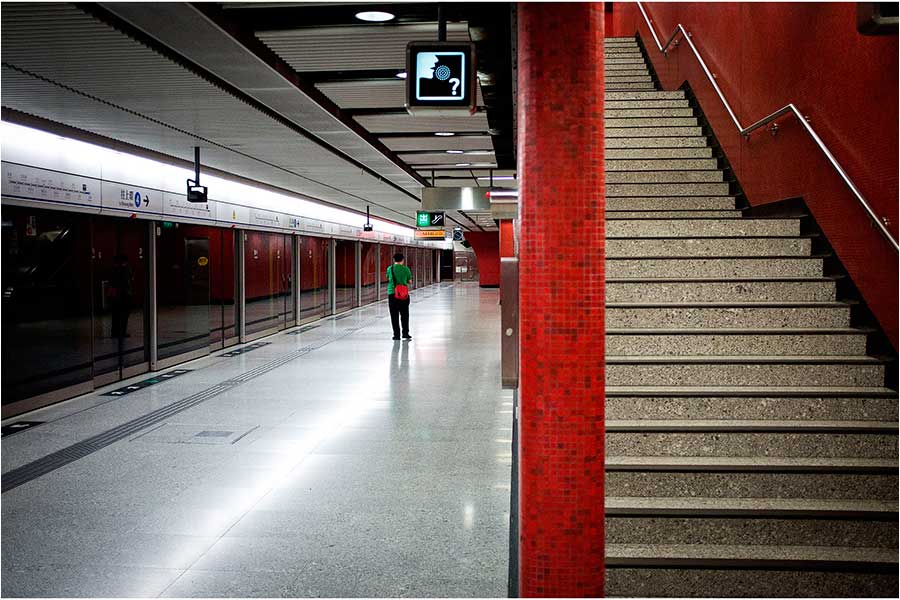 The controls and settings of the camera are still a bit fiddly for me and there were many times when I was randomly pressing buttons on the back of the camera to try and get the camera to switch between displaying stuff in the viewfinder and displaying them on the LCD screen. That said, I must admit that I did not read the manual as I did not have access to it. Overall, I think the X100 is a great small camera that I would happily use for travel and street photography. Fuji just needs to sort out the sticky aperture problem (Update: Fuji did a 1-for-1 exchange to replace my friend’s faulty X100, so kudos to Fuji’s service center here in Singapore) and try to speed up the auto-focus performance of the camera. Releasing the camera in all black would be nice too. 8)