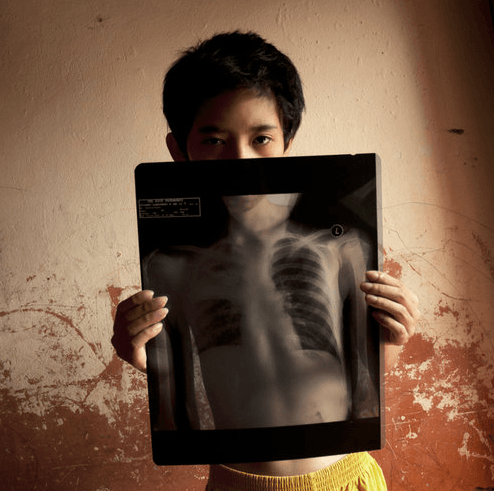 In Indonesia, the death toll of Bronchiectasis is not accurate, and unfortunately there is a big chance of Gilang’s story to repeat itself.

Bronchiectasis is one of the deadliest diseases in many countries. In developed countries, the number tends to decline as the diseases are identified, researched and battled with. However, in developing countries such as Indonesia, there is very little awareness of Bronchiectasis. Therefore, the awareness should be raised through education and better medication in the country. It is most likely that the Bronchiectasis will only be the tip of the iceberg of disease.

The Bronchiectasis he suffered from was probably a result of the infection caused by a bacteria called Microbacterium Tubercolusa. It is an irony that Indonesia ranks 5 in the world in terms of Tuberculosis after India, China, South Africa and Nigeria .

His declining health condition was a result of Pneumutorax complication identified in November 2011. All other medical actions such as antibiotic therapy and physiotherapy brought no help for young Gilang. To prevent infection from spreading to his left lung, a surgery to remove his right lung had to take place.

That was Gilang’s battle in combating fear, the fear of not surviving for he had been living under critical health conditions. However, he was still able to show the will to live for the people who surrounded him no matter what.