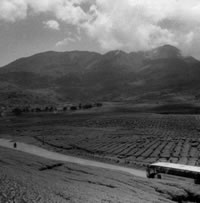 Padang is the capital and the largest city of Sumbar, Indonesia. Located at the heart of the western coast of Sumatra, Padang is still predominantly inhabited by its native residents called the Minangkabau people. This city and its natives are not much prominent to the foreign visitors because it is only used as a transit point to the neighboring tourist places of the Sikuai and Mentawai islands. However, the world came to know Padang in 2009 when a devastating 7.6 magnitude earthquake hit 50 kilometers off its coast. 313 fatalities were reported and most of the localities’ buildings were razed to the ground.

In the summer of 2011, this earthquake-stricken city was my home for almost two months. Through the aid of AIESEC’s global internship program, I lived and worked as a foreign student correspondent in this Muslim city. I was out of my comfort zone. Having no prior experience as a foreigner living in a completely unknown country, I turned to immersing myself into the culture, the language, and the people. Eventually, I appreciated Padang for what it really is for me – my second home.

And these are my encounters.