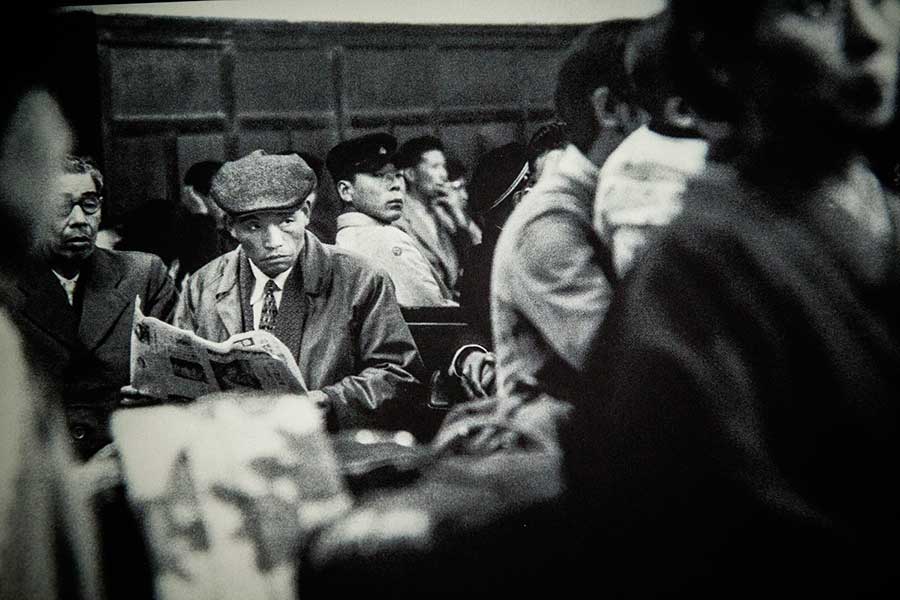 Long before I got interested in photography, I grew up on a steady diet of hardboiled detective novels and film noir movies. I read novels by the likes of Dashiell Hammett, Raymond Chandler, James M. Cain and later on James Ellroy. On my must watch list of film noir were classics such as The Maltese Falcon, Double Indemnity, The Big Sleep, The Third Man, Touch Of Evil, and Notorious. Much of the visual style of these classic black & white film noirs featured extreme low-key lighting which creates very distinct areas of light and darkness within the frame. There is no doubt that the look and feel of film noir contributed towards my preference for black & white film when I started photography. 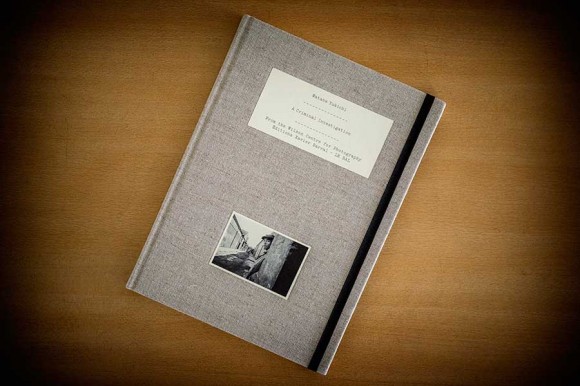 I first started noticing Watabe Yukichi: A Criminal Investigation after it appeared on many Top Photobooks of 2011 lists. Many reviews mentioned the cinematic film noir atmosphere of the photographs in the book. Being a fan of film noir, I wanted to get my hands on a copy but by then the 1st edition of 2,000 copies was already sold out. The 2nd edition of the book was released in the middle of this year and I ordered a copy to see what all the hype was about. The book certainly did not disappoint! 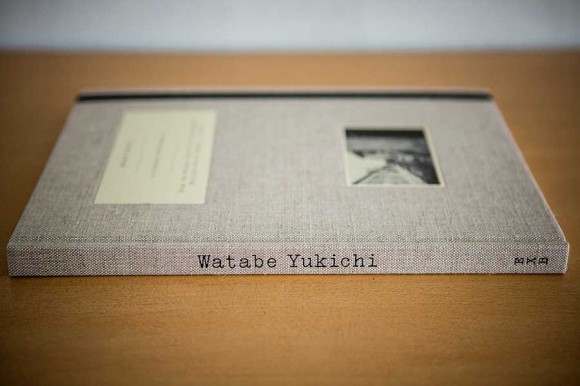 The publisher, Éditions Xavier Barral’s blurb of the book:-

On 13 January 1958, the grotesquely disfigured body of a man was discovered near Lake Sembako in Japan. Two investigators from Tokyo came to help the local police in resolving what at first appeared to be a banal case, but which soon proved to be something more complicated. For the first time, a photographer was authorized to accompany the police to document the investigation. Press photographer Watabe Yukichi (1924–1993) followed the inspectors as they questioned witnesses (workers in a tannery factory, local police officers) and pounded the streets of the most insalubrious neighborhoods in Tokyo–its bars, bridges, alleyways and hospitals–in search of the killer. Like the haunted film stills of a newly discovered noir classic, Watabe’s images record much more than simply a police investigation, and reveal a Tokyo of the 1950s in a way that has rarely been depicted. 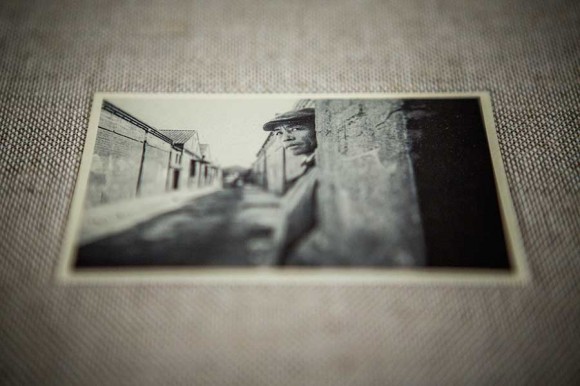 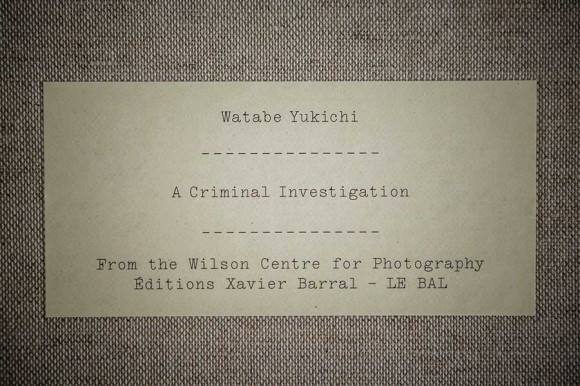 The design of Watabe Yukichi: A Criminal Investigation is very well thought out and perfectly executed to match the book’s contents. The linen cover and black elastic band that holds the cover together makes the book look like an old police case file. The typewriter font, the lightweight off-white paper stock used, as well as the way the photographs are laid out on the pages add to the overall feel that the book was printed hot off the press in the 1950s. 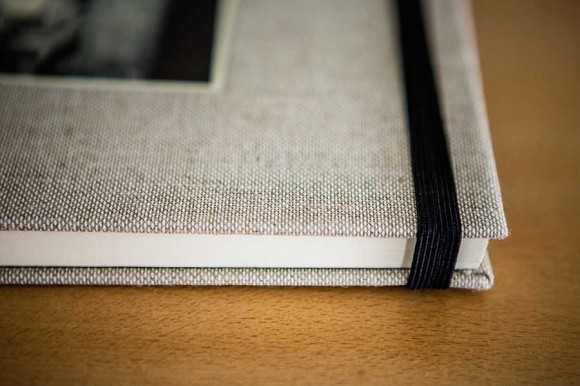 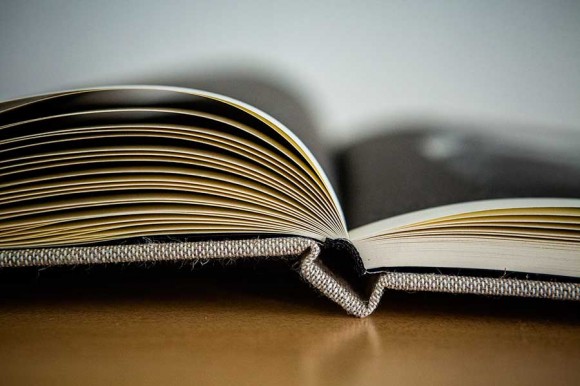 I found Watabe Yukichi: A Criminal Investigation quite engrossing. Its strength is found in the strong film noir atmosphere that permeates throughout all the photographs in the book. Many things are left to the imagination of the viewer. The text is minimal and the viewer never even gets to see the victim’s body or the murderer. 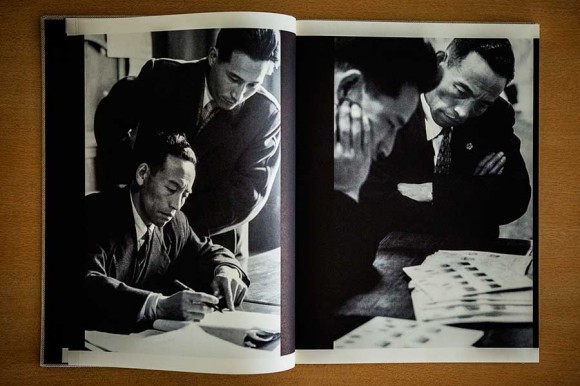 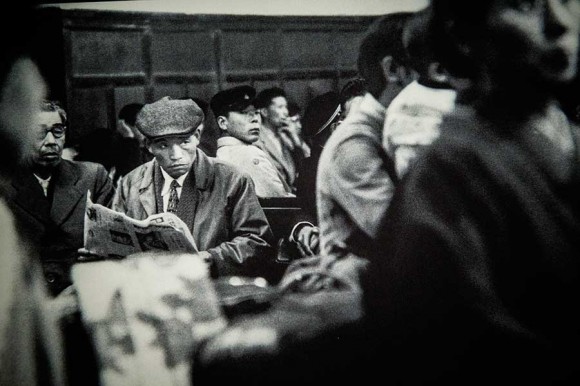 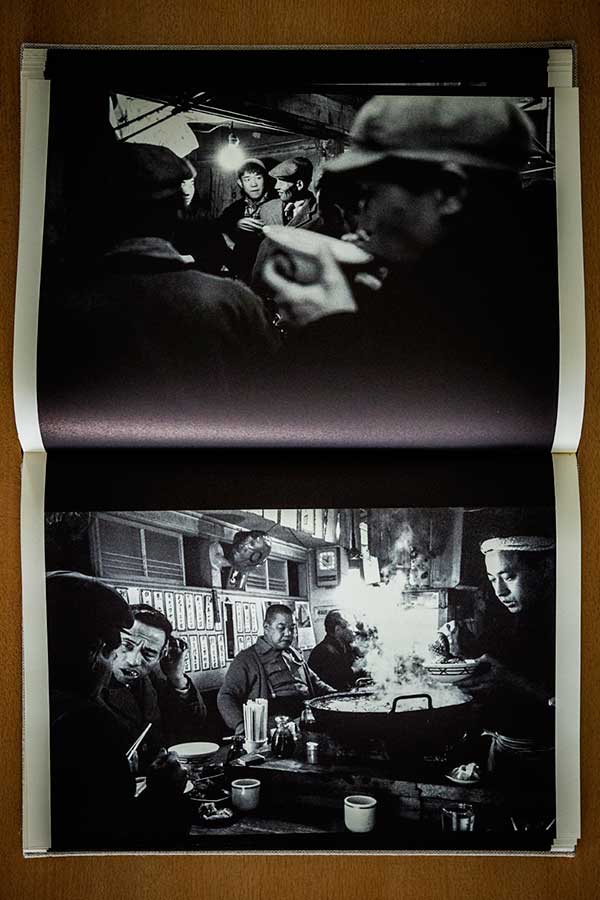 The principal characters in the book are the two chain-smoking detectives from Tokyo. With their trench coats, caps and no nonsense expressions, they nicely fit the bill of how hardboiled detectives are commonly depicted in novels or movies. Watabe shadowed them on their stakeouts and when they made their rounds canvassing neighbourhoods for evidence and witnesses. He photo-documented the investigation in a style that was not very typical of 1950s photojournalism in Japan. Watabe’s composition tends towards the dramatic and does indeed have a cinematic quality about them. I would not have been surprised if I had been told that the photographs were really stills from a film noir. 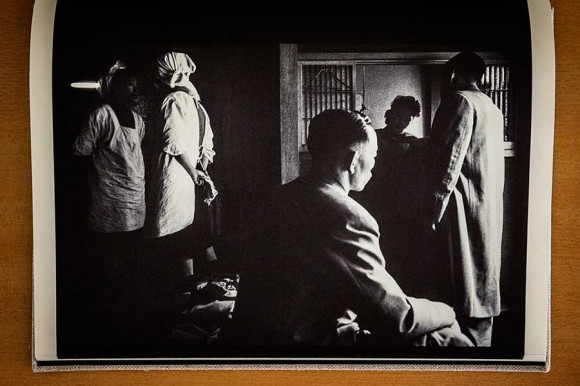 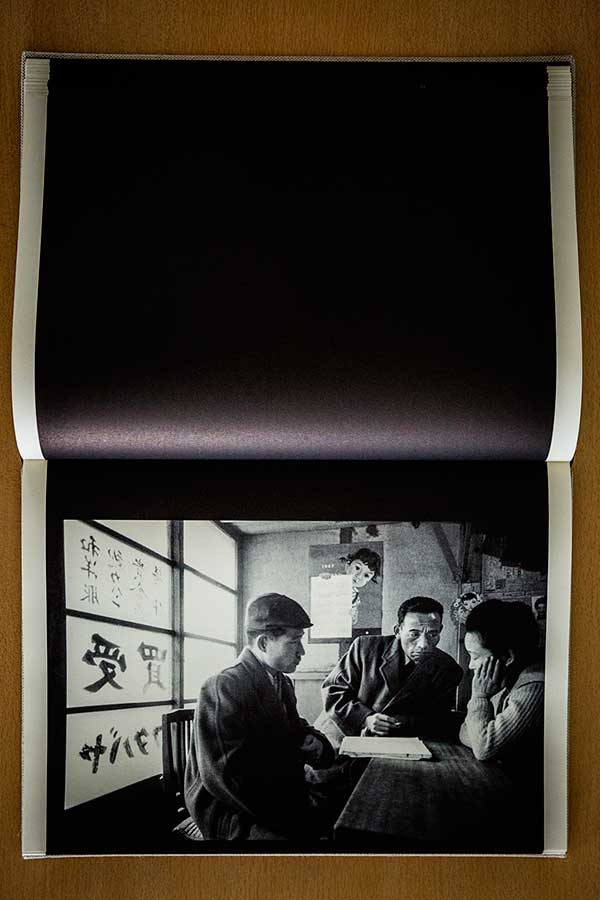 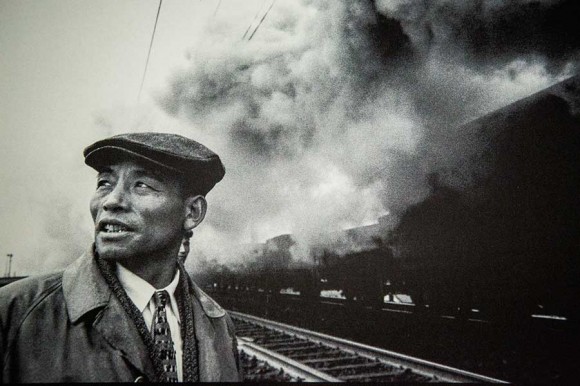 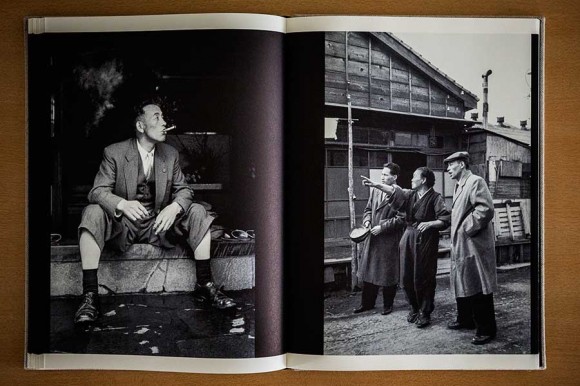 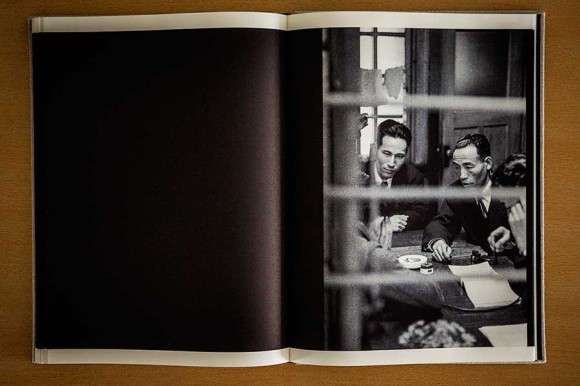 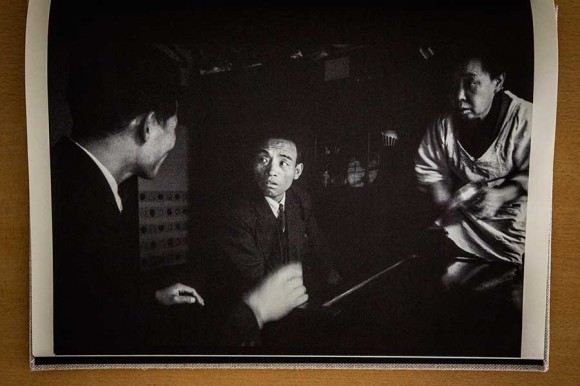 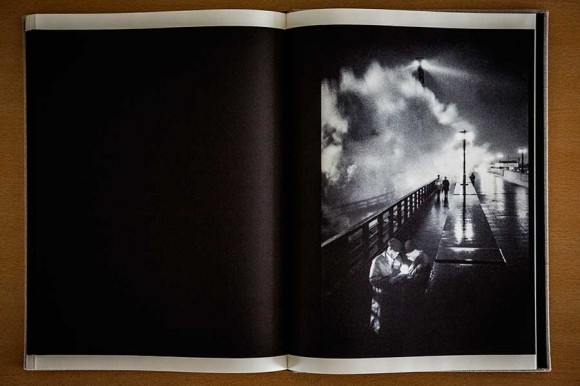 Watabe Yukichi: A Criminal Investigation (available on Amazon US and UK) rightly deserves its place in the upper ranks of “Top Photobook” lists. I have gone through this book numerous times and I do not think that I will ever get tired of it. Perfect packaging and perfect content. Highly Recommended!

All photographs from the book featured on this post © Watabe Yukichi