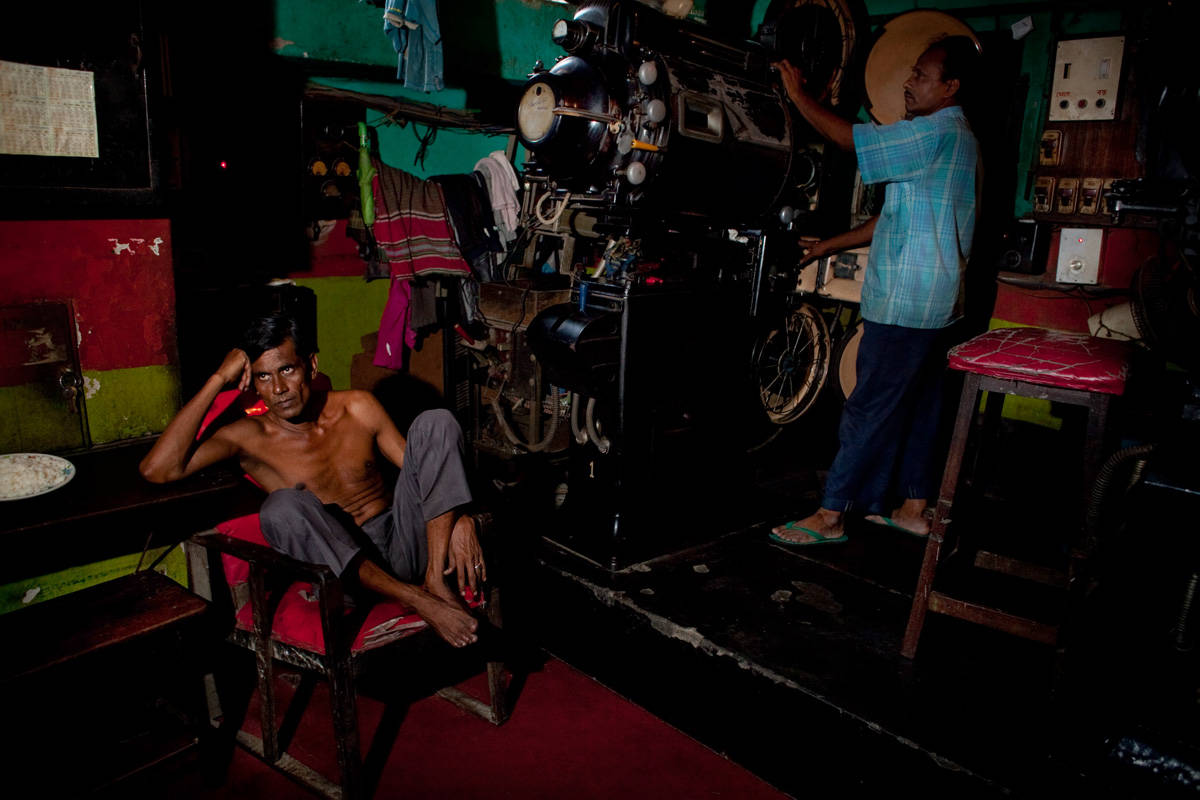 In a bustling narrow road of Old Dhaka, Manoshi Cinema Hall invites cinema lovers with three shows a day. In recent years, the strong tradition of the cinema halls is diminishing due to several reasons such as cost cutting, improper maintenance, poor production of the films, emergence of new technologies like satellite TV channels, pirated DVDs etc.

Once glazed with the traditional architecture of Old Dhaka, today, the building only preserves torn plaster walls and broken chairs. Most of the audiences belong to the lower-income group who prefer to watch action films. Along with its cinema lovers, drug addicts and prostitutes also come and merge in the action. About 25 staffs work non-stop behind the curtain and some of them lodge inside the hall. It seems that the atmosphere of this place forms another cinema. While I was taking photographs, all these characters inside and outside the screen amused me with their actions and reactions. This story is about the people of this magical atmosphere.