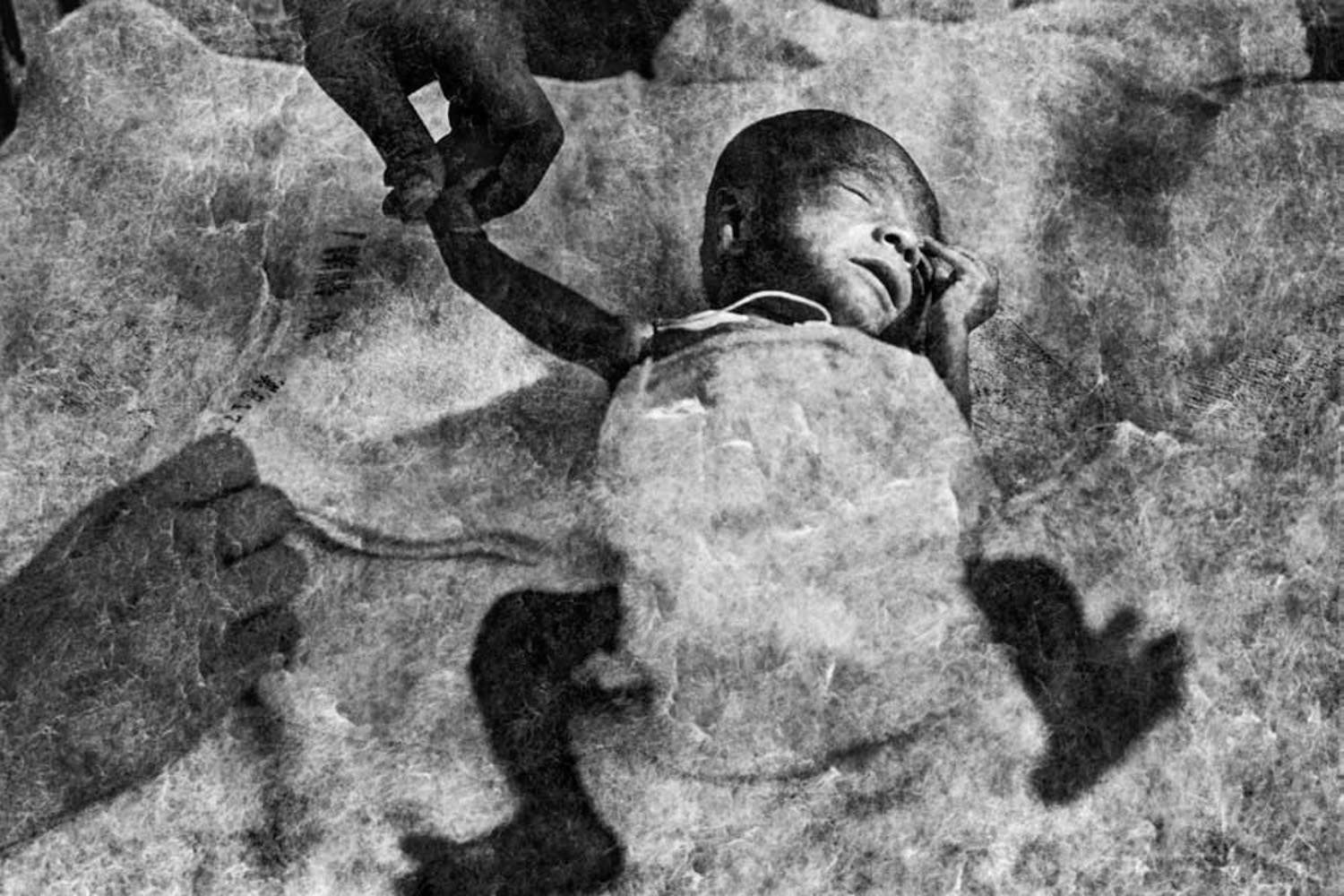 One night in 1981, Liu wrote The further the birth is, the closer the death. I am not sure why I am here. He started photographing that year, at age 18. Two years later, he served in the military in Kaohsiung. The cruelty and impermanence of life were introduced to him as he took care of traffic accidents involving soldiers and civilians. He realized that not all of life’s scenes are pretty. This was his first crossroads as a photographer.

The focus turned from the young, poetic and nostalgic views (landscapes of Yang-Ming Mountain, for example, or loving families), to the sad and plaintive condition of human beings. Yet he maintained a consistent calm and unique perspective throughout his early-twenties.

After his military service, Liu worked as a journalist. It was a time of social movement in Taiwan. Demonstrators shouted their ideals and demands loudly through microphones and speakers. Liu saw the crowds gang up, the violent clash of demonstrators and police, and the spy games played by stool pigeons. He even witnessed an heroic self-immolation… Over and over again, he moved forward along the blood trail. Repressing his fevered thoughts and feelings, he became a silent chronicler of the struggle between humane ideals and social rigidity.

In the last decade of the 20th century, the western socialism inspired by the Great October Socialist Revolution was gone. Yet the people in Taiwan were still trying to break through imposed taboos and bans after a fifty-year rule of martial law. An unprecedented era of aspiration was in the making. Liu immersed himself in political events and gatherings; using his camera to draw out people, objects, and backgrounds. He would then present these images in a magical realism style: distant and indistinct. The noted Taiwanese photographer Mr. Chang Chaotang once commented on Liu’s work: Time reflections are frozen in his profoundly affecting frames. They represent Liu’s views and dreams.

Most of the film negatives at Liu’s old house were damaged in a flood from a severe typhoon. They were molded and water stained. This unexpected push from nature made Liu’s style more exotic and mysterious, setting up yet another crossroads for his artistic output.

The photographic image is Liu’s key to exploring the mysteries of life. As he focuses on his subject, he first removes himself emotionally and becomes an observer, then turns inward –to contemplate and examine the scene with his inner-being. Using his skills as a painter, he began experimenting with negatives in his dark room, removing color and applying stains, layer after layer, to make all kinds of peculiar images with his photographs. Soulless figures were re-created as new-born premature babies, men, puppies, even his grandfather’s face… These quiet and unusual images often deliver an intangible sense of mystery, a personal construct of the strange scenes from life that dig into the bottom our hearts, touching us and exposing layers of meaning, like entering the house of life, floor by floor; also like peeling an onion.

Liu Chen-Hsiang’s first solo exhibition at age 20 started his career as professional photographer. He has documented live performances through photography and filmmaking since 1987, and has built long-term collaborative relationships with many performing groups in Taiwan. He has exhibited extensively in Asia, Europe, and the United States, and his work is in the collection of several museums in Taiwan. His published works include Taiwan Images, The Moment : Liu Chen-Hsing’s view of Cloud Gate Dance Theatre, Mouthful of Fishbone, and others. Liu is the owner of a commercial photo studio and has worked as a freelance journalist. Liu was awarded the 2010 Wu San-lien Prize Art Award – Photography Category, which recognized his important artistic contributions as a Living Witness To The Social And Cultural Evolution Of Taiwan. His unique points of view and sense of composition have earned him peer respect as a fine-art photographer.

Wong Kan Tai: Vajrayāna – From Tiananmen Square to the Himalayas
At The Metro, by Carlo Gabuco
Vietnam – Fleeting Encounters, by Chu Viet Ha