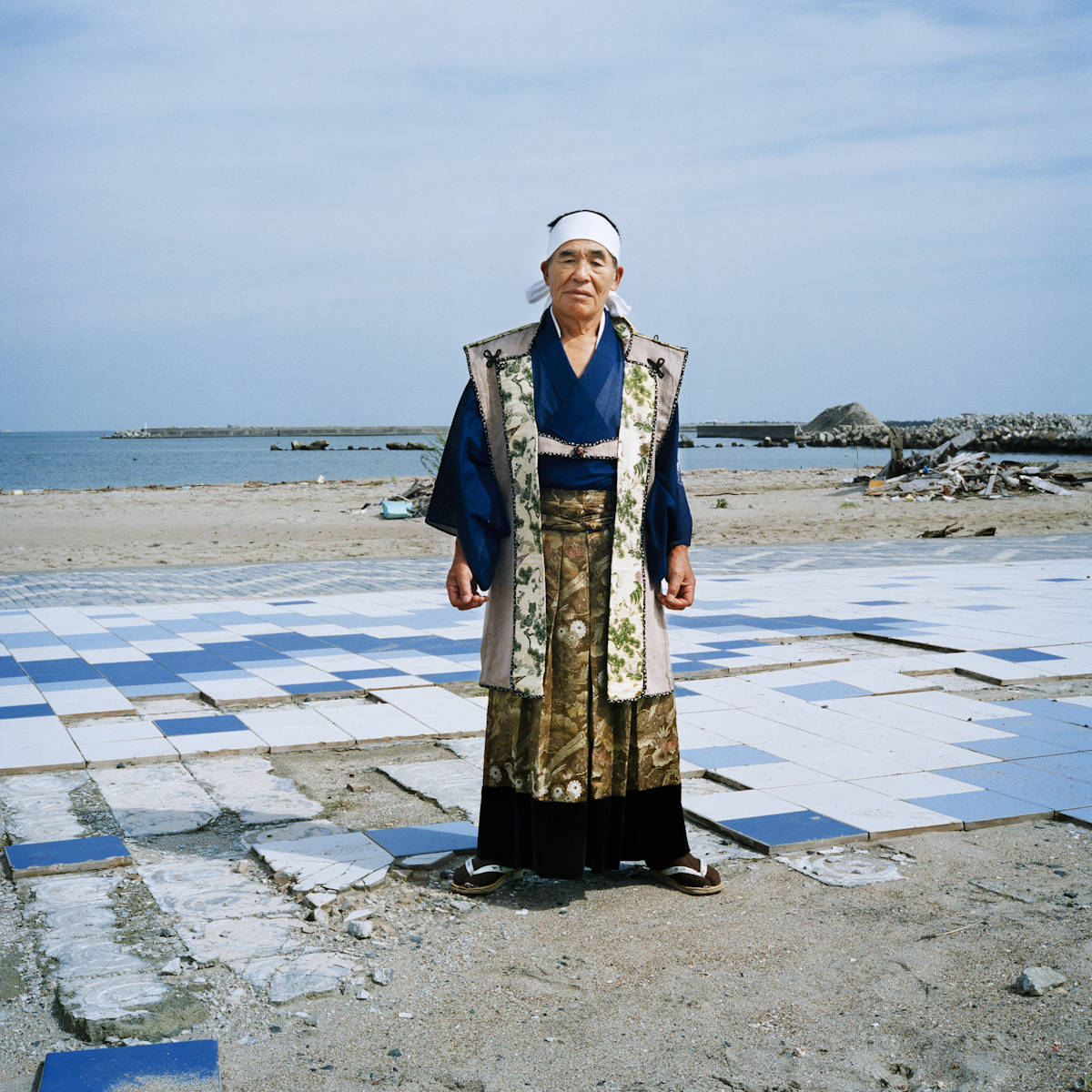 The Nomaoi Samurai warriors portrayed here were once residents in the area close to the Fukushima Daiichi nuclear plant but they are no longer allowed to live there.

Since 2011, I have devoted my time to capturing the survivors of 3.11. While I am listening to their story, I could not ignore the unique spirit emerging in these people. These photos are part of my long-term project that differs from the major news stories about the disaster, having been investigating the evacuees not as victims, but as part of a 1000 years old folk culture of the area and representative of Japanese identity, examining how they are surviving and fighting their fate to retain their sense of self.

Soma Nomaoi is an annual celebration of Samurai culture in Fukushima more than 1000 years old. 2000 people died in Fukushima due to 3.11, 80% of whom were from the area where the Soma Nomaoi is held. Despite the harsh conditions, loss of lives and loss of hundreds of their horses and much of their armory, the majority of the surviving Nomaoi Samurai warriors agreed to hold the gathering in 2011, just a few months after the disaster.

It is not just an event but also an embodiment of their identity and fight for survival. Here, the samurai way of life, “Bushido”, corresponds to the concept of chivalry. This sense of identity represents how and why, they live.

The Nomaoi Samurai warriors portrayed here were once residents in the area close to the Fukushima Daiichi nuclear plant but they are no longer allowed to live there. Each of them stands in the places that had a personal meaning to them in the area.

Although the typical image of current Japan might be still positive with Tokyo’s high-tech buildings, to people outside Japan, the country remains a hidden world. I would like, through my photography, to show this secret part of Japan: the mentality, inner warmth and profound sense of beauty triumphing over adversity, and awe to the nature. Those secrets part are not the extraordinary things for us but accumulation of our choices in our ordinary life. Such qualities are often obscured nowadays in the world as a whole, not just in Japan. My ordinary life and Japanese root came across to these Samurai people while I am taking the light and shadow of them by my camera.