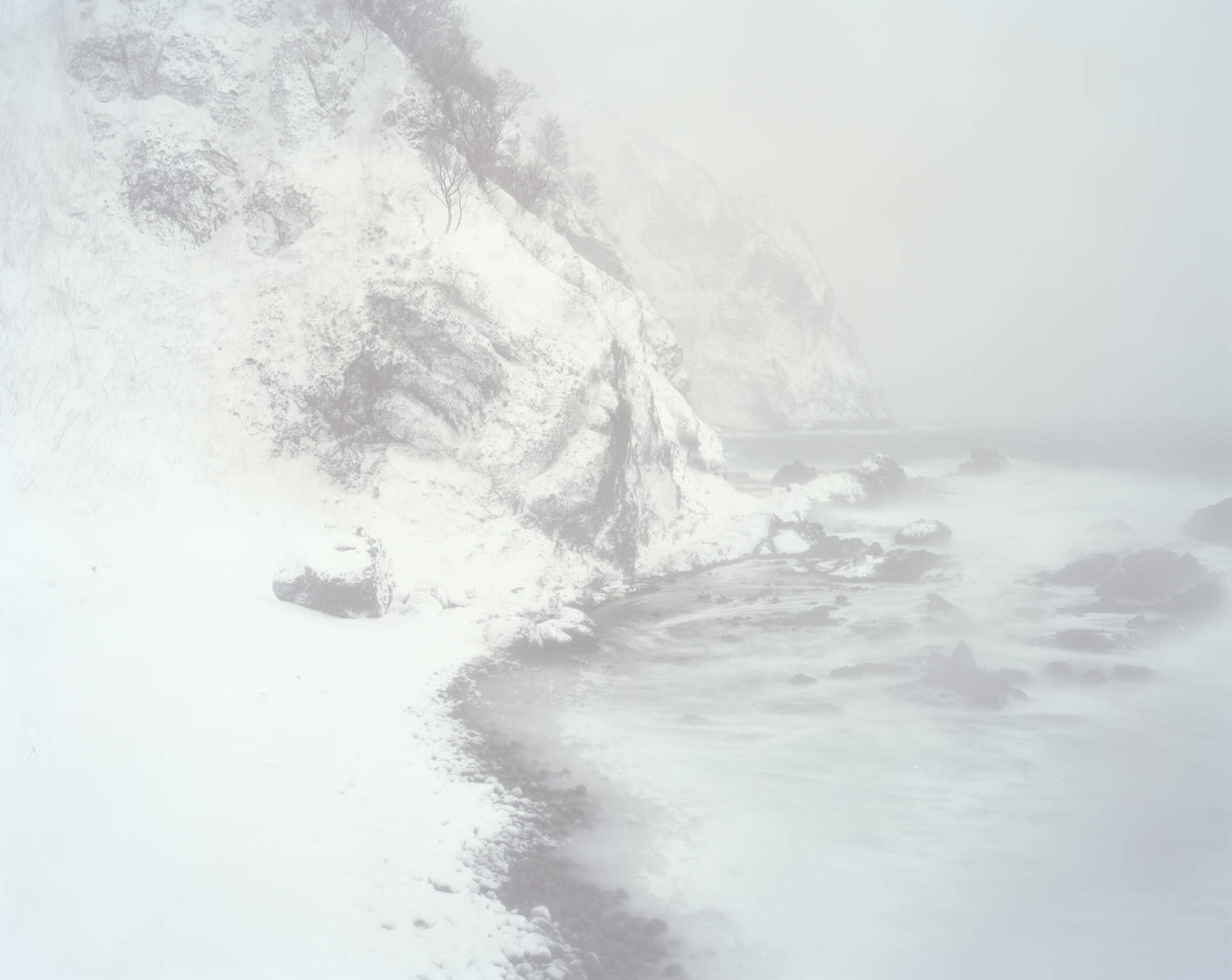 I grew up in the town of Iwanai in the Shiribeshi district of Hokkaido until I graduated high school at the age of 18. When you look to the east, Mount Yotei and numerous mountains stretch as far as the eye can see. To the west lies the Sea of Japan. I was born in such a picturesque town.

In 1984, the year of my birth, the construction of a nuclear power plant was launched in the adjacent town of Tomari. In nearby Rusutsu, there is a luxury resort with vast ski fields. The beautiful farms of Kyowa village add more richness to the scenery. Wind turbines look out over the Sea of Japan in Sutsu village. The nuclear power plant was just like those remarkable symbols of the surrounding towns.

There was a painter called Kinjiro Kida in Iwanai, my hometown. It was during an art class when I first encountered him. He was introduced as a remarkable painter within Hokkaido’s art history. I still remember this mysterious feeling as if I was dreaming, on a school trip to the recently opened Kinjiro Kida Art Museum. Perhaps, that was because I was shocked by the quietness in the room. It was also the first time for me to experience the unique atmosphere that art museums have. This is pretty much all I can recall and I don’t have any other memories, such as how his paintings looked or the impression they made on me. Or maybe I just couldn’t appreciate the work.

A few years later, I graduated high school and entered a photography school in Tokyo. That was where I met Kenji Higuchi. I didn’t have any particular feelings about him and, of course, I didn’t know his work back then. He seemed like just a happy old man but his lectures were always inspirational. During his classes, we sometimes listened to his stories about interviewing nuclear power plant employees, but they seemed too sensational to accept. They might have hit too close to home or maybe they were too far in the past. However, his determination left me with a sense of injustice. Years later I began photographing my own town with a social perspective.

About 4 years later, I suddenly remembered Kida and went to the museum. I stopped in front of one of his paintings of a sunset. The reason is hard to put into words, but I was honestly moved. Since then I have been visiting the museum every time I go home.

Out of all of Kida’s works—still lifes, landscapes and portraits, I am especially attracted to those with a sea motif. I am at once agitated and yet calmed by the tranquil waters of the sea undulating slowly under the sun about to descend beyond the horizon. As his career progressed, peaceful fishing villages shifted into harsh, rocky sea cliffs. The reason for this change resides in the fact that 80% of the town burned to the ground in 1954 in the Great Fire of Iwanai.

He said, “My works will change through this experience. It was practice until now. There will be people who remember my past work, but I will start all over again.” So his works changed dramatically, depicting with strong brush strokes the harshness of nature. The Sun features prominently in many of his works. You can’t help but imagine how marvelous he must have found the sunsets in his hometown. I too must admit I feel the sunsets from Shakotan Peninsula are the most beautiful. Without any reason or doubt, I feel the sunlight is my home.

On March 11th in 2011, the Fukushima Daiichi Nuclear Power Plant lost power and suffered an explosion due to the Great East Japan Earthquake. It was the natural disaster that triggered this situation, but the media revealed ongoing worker health concerns and faults in Japan’s Tsunami action plan. I knew that this accident would eventually happen someday but, to be honest, I can’t deny that I was actually relieved that the accident didn’t happen in my hometown, but I also feel guilty for having thoughts like this.

Soon after the accident I remembered Kenji Higuchi and how passionate his lectures were years ago. I am happy to see him once again lively telling the stories in public. But I am also saddened by the circumstances under which he has been reinvigorated. I am happy to see he has strongly resumed his advocacy for nuclear labor issues, but at the same time his photographic activity makes me anxious.

When I think about my hometown there are two important people that can not be overlooked. Kinjiro Kida, who was deeply rooted in the town, painted the beauty of nature as well as its harshness and the real lives of the villagers. His works piled up and his career as a painter progressed while he made his living as a fisherman.
Kenji Higuchi stays true to his convictions, working on the issue of nuclear power with incisive awareness. He expresses through photography how to deal with this responsibility in a society which has accepted the use of such a social malady.

I see my hometown through their eyes. I feel it is important to do so when I face the nuclear issue.