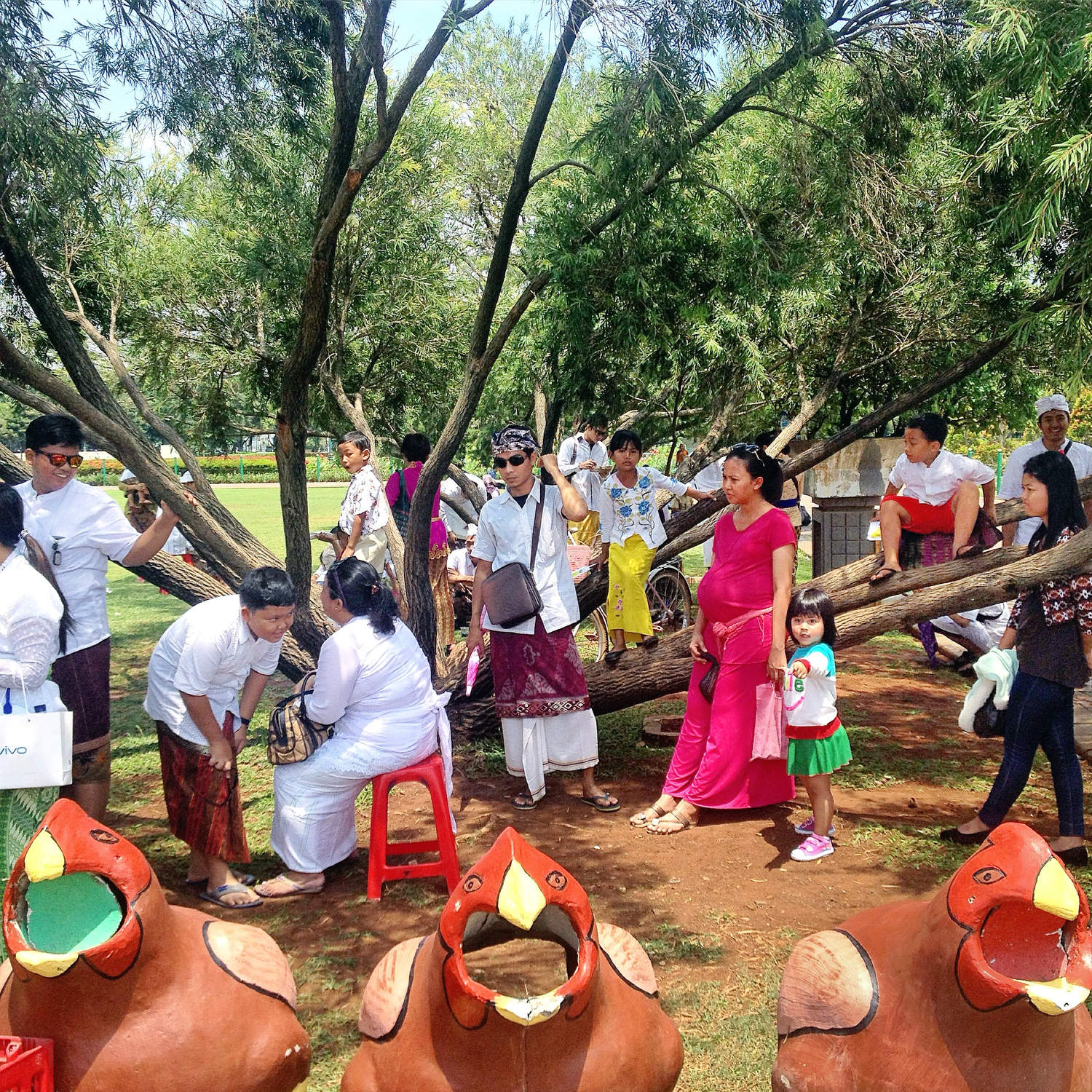 In Jakarta access to where you eat, shop, live, and even take leisure is often limited by one’s economic standings. Restrictions are often placed on those who can’t afford to gain entry.  And those who are at the middle or the top of the ladder don’t venture enough out of their hierarchy. The result is a class division that hinders a diverse and dynamic social interaction.

Located in the heart of city, Monas Square is the biggest open public space in Jakarta. Monas square, also called “Merdeka” or Independence square, not only provides an escape and breathing room from the congested capital but it brings people together by serving as a common ground, accessible and utilized by people from different backgrounds and economic classes. The Monas Square is surrounded by trees and grassy area ideal to have a picnic or a family outing, several basketball courts and soccer fields to play pick up games, a place for people to exercise such as jogging or riding their bicycle, and a place for street vendors to sell food or products.  This space is also often used for public concerts and gatherings, bazaars, festivals, and numerous local social events. In the middle of the square is a 132m tower called Monas, or Nasional Monument, symbolizing the fight for independence erected by Sukarno, Indonesia’s first president.

To view photos of the rest of this ongoing series please visit this link http://tinyurl.com/pozjkx7

All photos were taken with iPhone 4s native camera, edited with Snapseed and instagram filters.