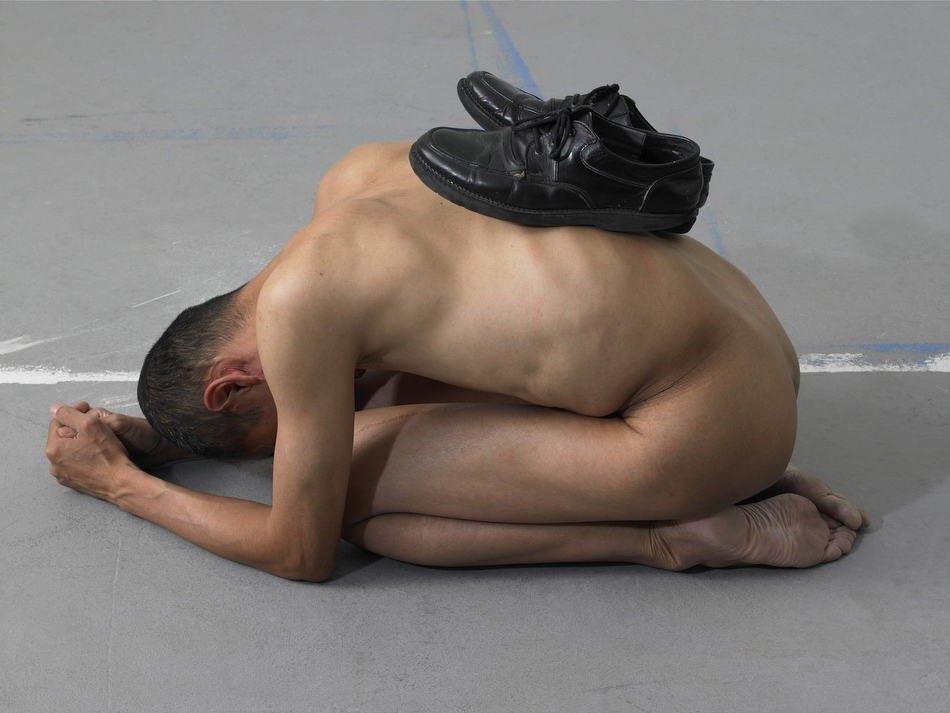 Highlights from the soon-to-launch book: Photography in Southeast Asia: A Survey, by Zhuang Wubin and published by NUS Press. Pre-order the book now at the Special Price of SGD$40 on the NUS Press Bookstore.

Published by NUS Press, Photography in Southeast Asia: A Survey, By Zhuang Wubin will officially be launched on Thursday 13th October at Objectifs Centre for Photography & Film, Singapore.

On Photography and Performance in Singapore (Artist Profile): Lee Wen

“Throughout his artistic career, he has battled scoliosis, a deformity of the spine. He has also been diagnosed with Parkinson’s disease in the last few years; Lee relates these personal adversities to the general negativity that plagued the performance art community from 1994 to 2003, when the government suspended funding for the art form due to fallout over Josef Ng’s performance at the Artists’ General Assembly, where he cut his pubic hair to protest the arrest of 12 men for gay soliciting… Lee makes an ironic reference to his physique and suggests that he is an outcast of the Singapore story. In an ongoing process to pare down his practice, Lee forces his crooked body against the relentless pull of gravity in a futile attempt to stand up straight.”

On the Immolation Photograph by © Nguyễn Văn Thông

On the Immolation Photograph

“During the 1950s, while making a living as a dentist in Hanoi, Nguyễn picked up photography and won several international salon competitions. After the communist takeover in North Vietnam, several photographers, including Nguyễn, moved to Saigon. There, he ended up working for the government, partly due to his fame as an award-winning practitioner. At that time, there were around five photojournalists working for the government; they were also practitioners of salon photography. Nguyễn Văn Thông worked in relative freedom:

‘I was never sent to the frontline. My job was to document the political events in Saigon according to the demands of Trần Thiện Khiêm, who would become the Prime Minister. My photographs and negatives were sent to him. I didn’t think I was keeping a photographic record of Vietnam. It was also quite easy to work for the government because they had no idea of propaganda. They did not tell me what to shoot or what not to shoot. I was even sent to photograph the immolation of the Buddhist monk Thích Quảng Đức on 11 June 1963.’

Of course, the photograph of the immolation that most people in the world have seen was taken by Malcolm Browne (1931–2012) from the Associated Press. But Nguyễn Văn Thông also made an identical image that day.” 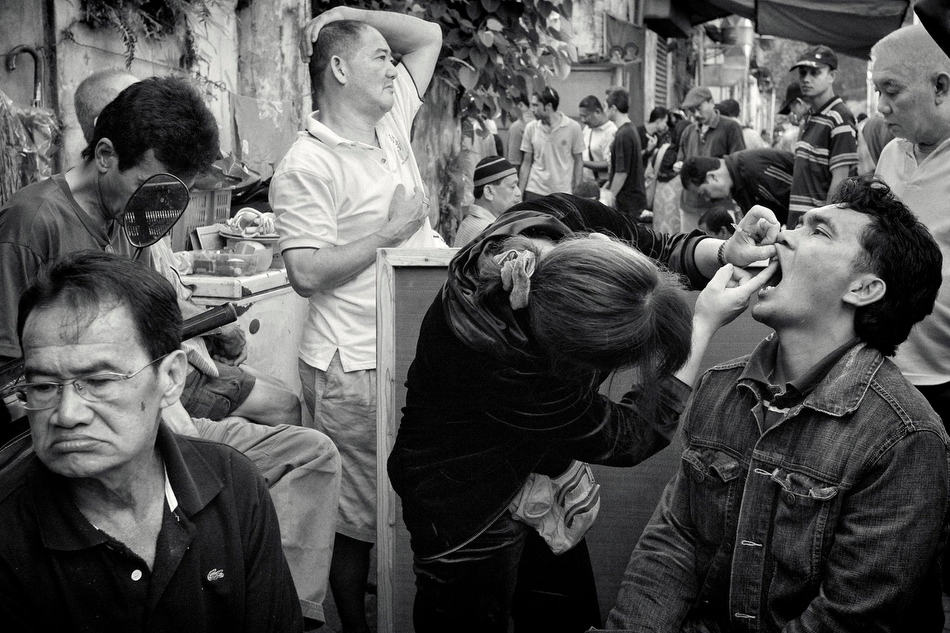 On the current state of photography in Malaysia. Image: © Che’ Ahmad Azhar

On the current state of photography in Malaysia

“In Malaysia, there is an implicit fear-of-the-snapshot shared by the contemporary art community and salon photographers. The former are guided by the assumption that conceptual artists who manipulate their work on Photoshop or set up their images during the shoot are better than straight photographers who just naively snap on the spot: presumably the conceptualists’ images have “more layers of meanings” while straight photographers are just technicians operating in a conceptual vacuum.

Operating from a different tangent, the salon photographers, in their pursuit of aesthetics, have very little use for snapshot photography. Even if they shoot off the streets, they rely nowadays on Photoshop to dramatise their photographs. Meanwhile, the old photo clubs have merged partially with the online forums, entrenching their search for the perfect image. Of course, this binary is an oversimplification. There are plenty of documentary photographers who routinely and unthinkingly dramatise their images on Photoshop in their ironic attempts to portray the real world. They do not identify with either camp.

Nevertheless, this is why it is extremely difficult for photographers who operate with a conceptual mindset but work predominantly with straight photography to receive attention in Malaysia. By necessity, a photographer has to align with one of these communities to have the chance of exhibiting her or his work.” 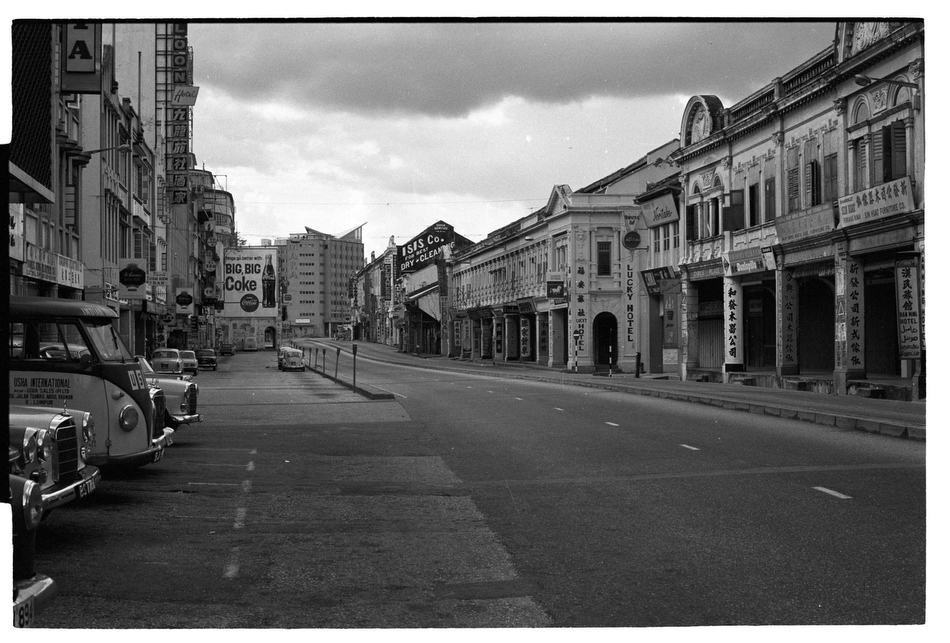 On the significance of Pictorialism on Southeast Asia’s photography

“It is easy to forget that the salon fraternity was, for decades, the only option for practitioners who wanted to learn more about photography or to seek association in a photo-oriented community …. In the ’50s, for instance, it was not difficult to find a Malayan practitioner who owned a photo studio, participated in salon contests, pursued ethnographic work and contributed images to newspapers. In other words, it is entirely possible to rediscover and re-imagine the output of some salon practitioners as documentary work, street photography or even the beginnings of conceptualism.” 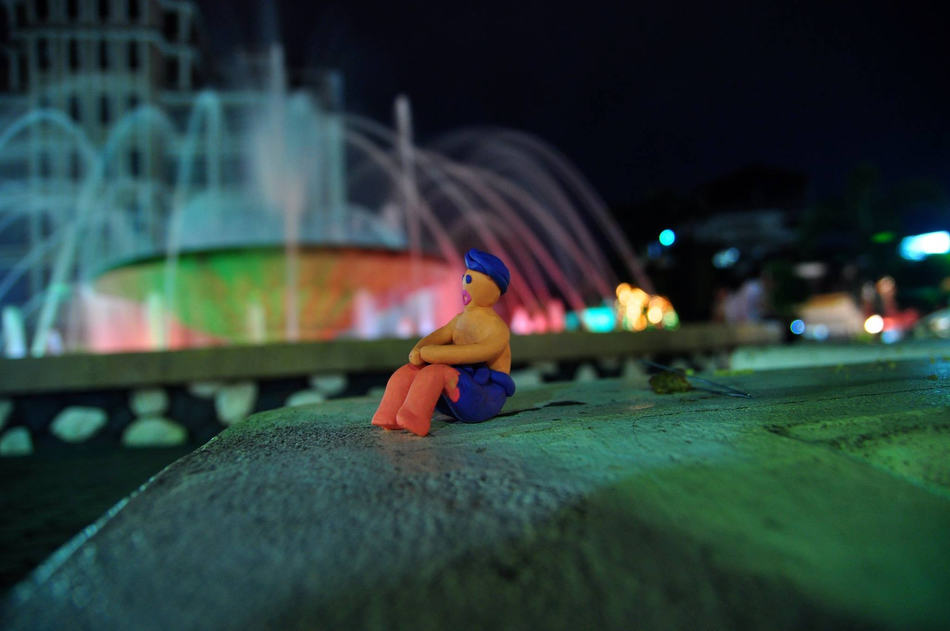 on the Potentiality of photography being used as a storytelling and world-making device in Laos. Image: © Souliya Phoumivong

“In Big World (2009), Phoumivong articulates the sense of dislocation that he feels in this age of globalisation. It raises the question: despite the proliferation of communication technology, how much is Laos really connected and relevant to the world? In response, he creates a small plasticine figurine that looks like a Lao farmer and photographs it at various places in Vientiane. In one of the more striking images, the figurine is seen inside an internet café, with a perturbed employee staring at him as though he is an alien. In the final image, the figurine is seated near Nam Phu Fountain, an area known for its restaurants and guesthouses; he seems lost in the bright lights. Through the figurine’s sense of displacement, Phoumivong questions the sustainability of Lao culture as the country opens herself to the global community.” 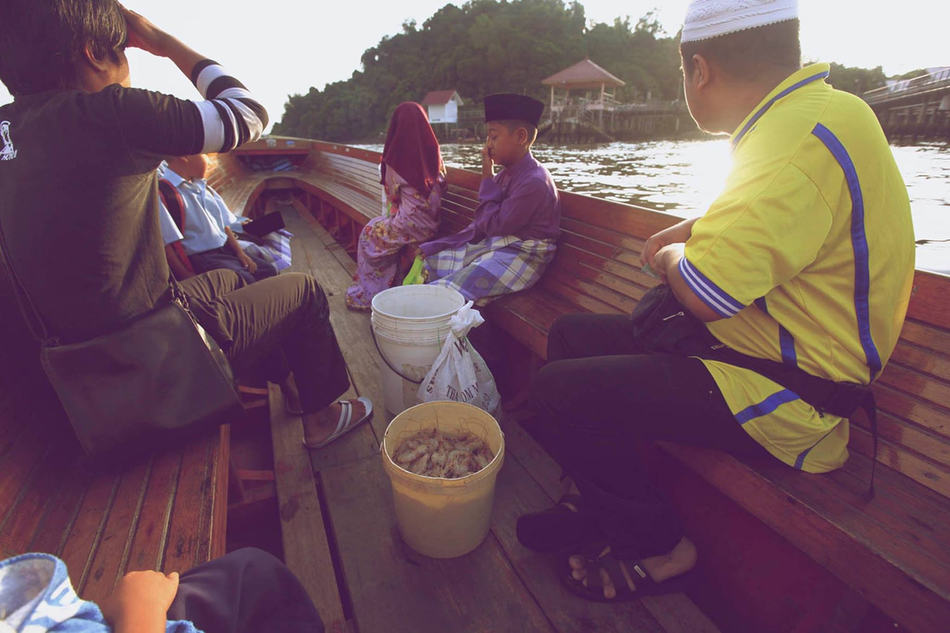 On the state of photography in Brunei relative to other Southeast Asian countries. Image: © Barri Sli

“…[Brunei’s] long history of being a regional trading hub offers fertile ground for contemporary practitioners to mine for cultural references in their work. The affluence of the Bruneian state and the quality of education on offer provide excellent conditions for photographic practitioners to experiment with the medium. However, there seems to be a slight lag in this regard when we compare Bruneian practitioners with their peers in the region. The lack of an unfettered space for cultural workers to raise poignant questions and reflect ground sentiments is the reason for this belatedness in the diversification of photographic practices. Looking forward, the internet will continue to be a crucial agent in the evolution of photography while the state will persist in having a say in all matters cultural. The challenge is to find the middle ground.”

Published by NUS Press, Photography in Southeast Asia: A Survey, By Zhuang Wubin will officially be launched on Thursday 13th October at Objectifs Centre for Photography & Film, Singapore.

Photography in Southeast Asia: A Survey is a comprehensive attempt to map the emergence and trajectories of photographic practices in Southeast Asia. The narrative begins in the colonial era, at the point when the transfer of photographic technology occurred between visiting practitioners and local photographers. With individual chapters dedicated to the countries of Brunei, Cambodia, Indonesia, Laos, Malaysia, Myanmar, Singapore, Thailand, The Philippines and Vietnam, the bulk of the book spans the post-WWII era to the contemporary, focusing on practitioners who operate with agency and autonomy. The relationship between art and photography, which has been defined very narrowly over the decades, is re-examined in the process. Photography also offers an entry point into the cultural and social practices of the region, and a prism into the personal desires and creative decisions of its practitioners.

Zhuang Wubin is a writer, curator and artist. As a writer, Zhuang focuses on the photographic practices in Southeast Asia. A 2010 recipient of the research grant from Prince Claus Fund (Amsterdam), Zhuang is an editorial board member of Trans-Asia Photography Review, a journal published by the Hampshire College and the University of Michigan Scholarly Publication Office.