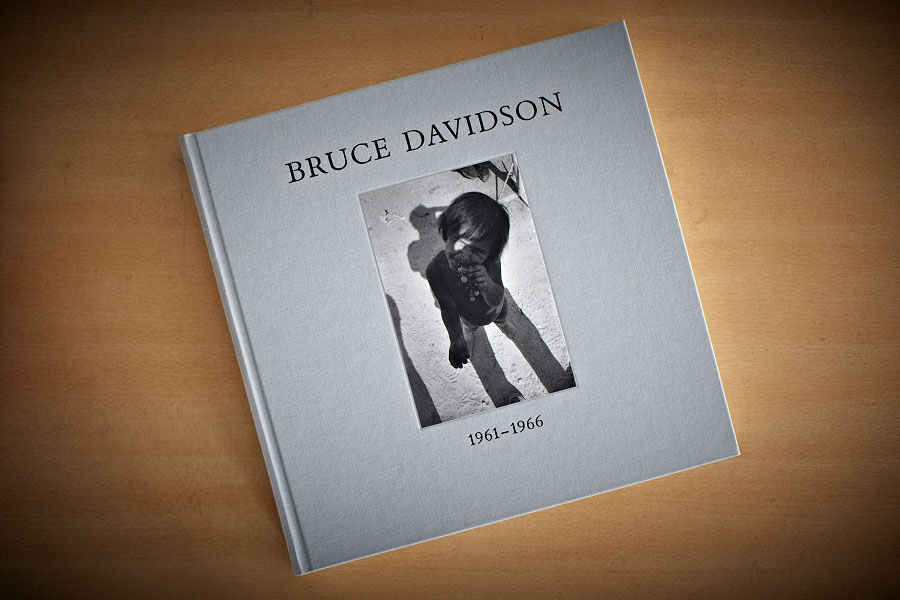 I felt that my mission in life was to make visible what appears to be invisible and I do that as someone who is blind and comes into a world and suddenly begins to see. ~Bruce Davidson

It has been 2 months since I reviewed Volume I of Bruce Davidson’s Outside Inside. I have flipped through Volume II a couple of times over the past 2 months and while I feel that overall, I personally enjoyed Volume I more, the power and intensity of his documentation of the Civil Rights Movement in America during the 1960s in Volume II leaves a longer lasting impression. 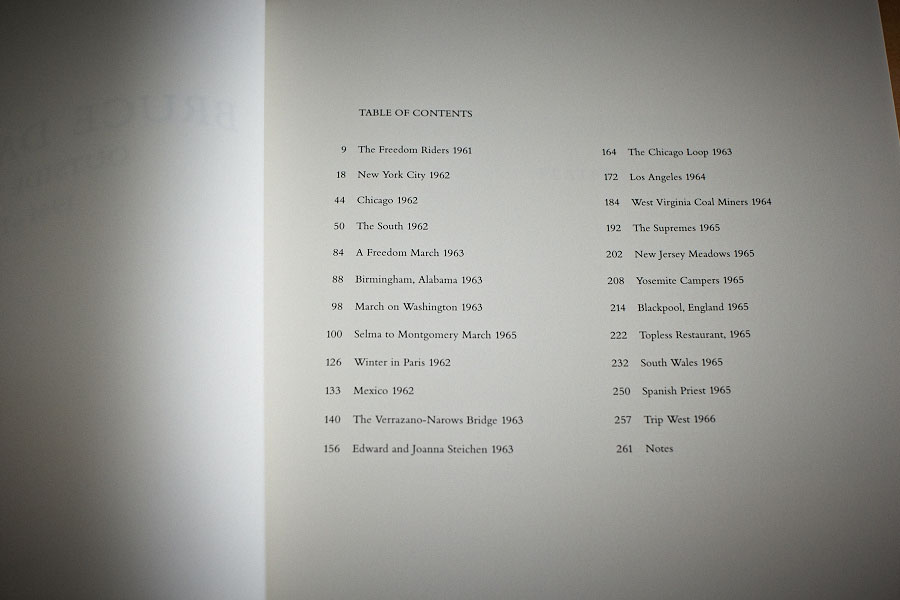 Volume II (272 pages with 228 B&W photographs) covers Davidson’s work from 1961 to 1966. Davidson’s Civil Rights Movement coverage takes up almost half of the volume and consists of a large selection of photographs from his 2002 book Time of Change which was released by St. Ann’s Press.

“The period from 1961 – 1965 was the defining era of the American civil rights movement. As a participant and observer of this struggle for racial equality, Bruce Davidson chronicled the demonstrations, the protests, the aftermath of the bombings, and the social and political tumult that arose out of the conflict. “Time of Change” is a testament to the everyday lives of the people who fought against accepted social norms of segregation, poverty, and discrimination.” From Time for Change. 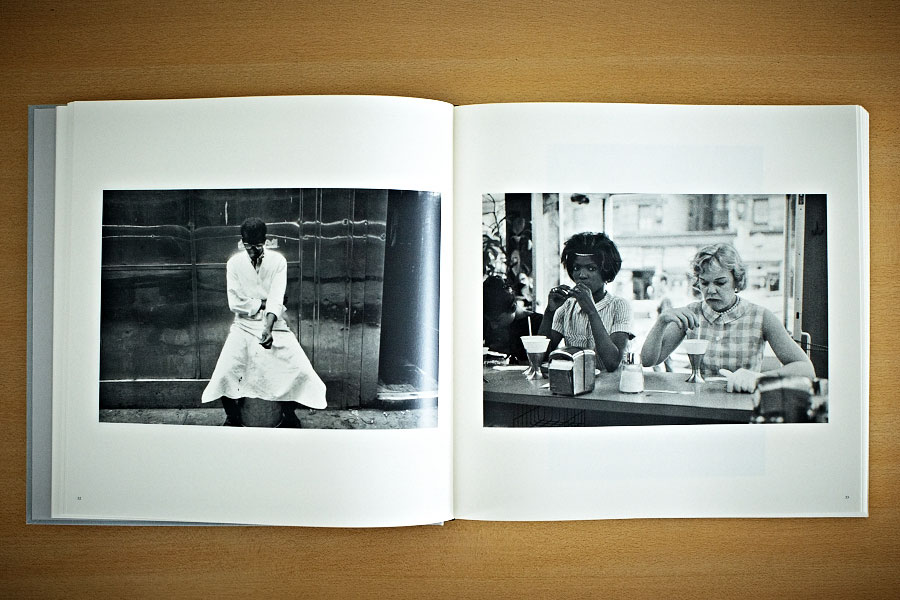 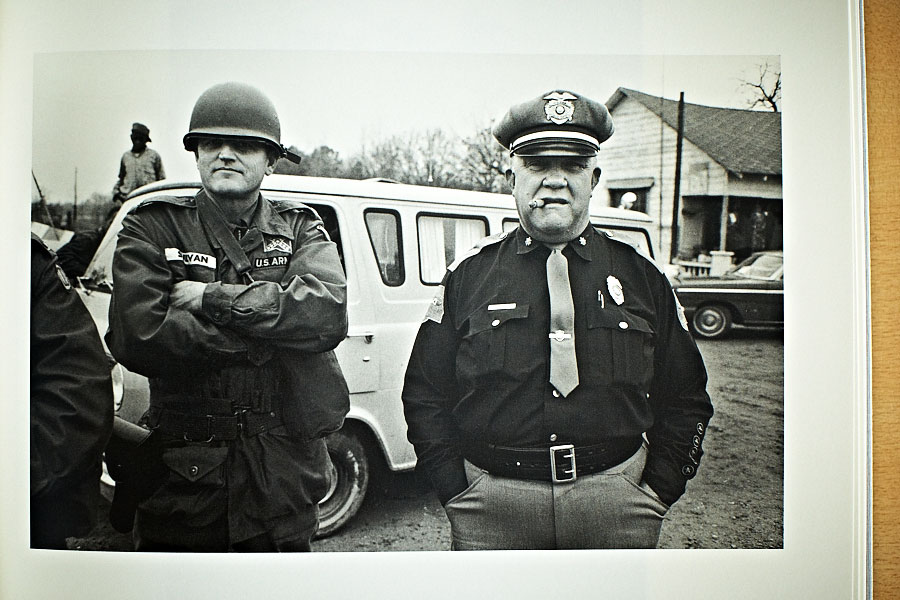 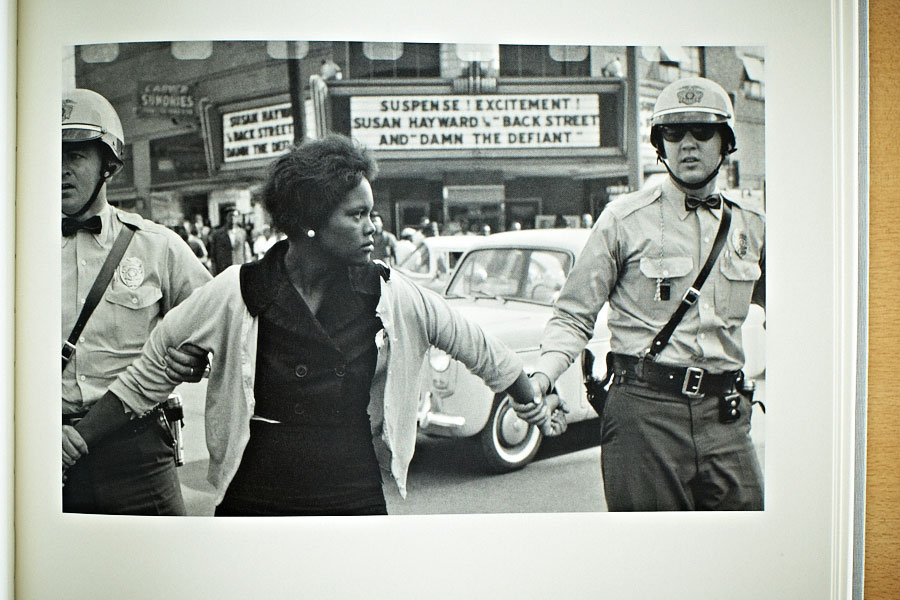 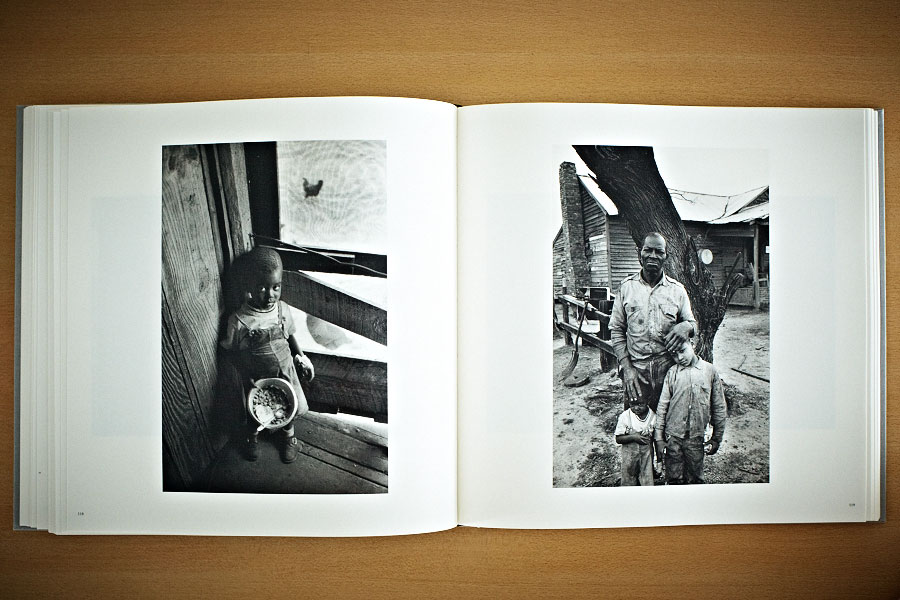 Reading Davidson’s notes at the end of Volume II, it really comes across that if possible, he took the time to get to know the subjects he captured with his camera and has even stayed in touch with some of them. With regards to the photo on the right in the image above, he says:

“I also met with Frank Haralson, age sixty-two, who stood before the camera with his two young sons, Ira and Isaiah. I learned that Frank had left his sharecropper cabin and walked the rest of the way to Montgomery along with the marchers. Today, Frank Haralson’s oldest son Ira is a veteran of ‘Desert Storm’ and director of maintenance at the Montgomery Housing Authority. His younger brother Isaiah has a small trucking business in Selma. All this was made possible through the passages of the Civil Rights Act of 1964 and the Voting Rights Act of 1965. Now children could go to better schools and receive a higher education and improve their lives. But the struggle for freedom and equality goes on and on.”

The following is a video by Magnum In Motion on YouTube which features Davidson’s Civil Rights Movement photographs along with his voiceover.

One interesting photo-essay included in Volume II is entitled “Edward and Joanna Steichen”. The photo-essay is an intimate portrait of American Photographer Edward Steichen in his later years. Vogue magazine had sent Davidson to spend a day with Steichen (then eighty-four) and his young wife Joanna. Steichen was the Director of the Department of Photography at New York’s Museum of Modern Art till 1962. While at MoMA, he curated the famous exhibit The Family of Man which travelled all over the world and was viewed by over 9 million people. 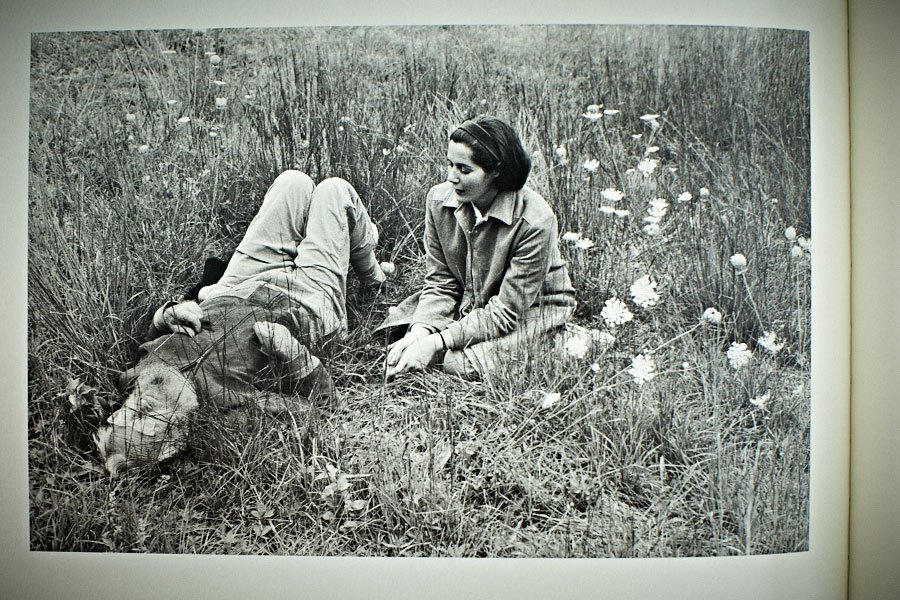 If I had to choose one photograph out of all the photographs in Volume II as my favorite, it would be the following haunting photograph of a little girl playing and singing in a cemetery. The photograph is from the photo-essay “South Wales” which features photographs Davidson took in various mining communities in South Wales while on assignment for Holiday magazine. 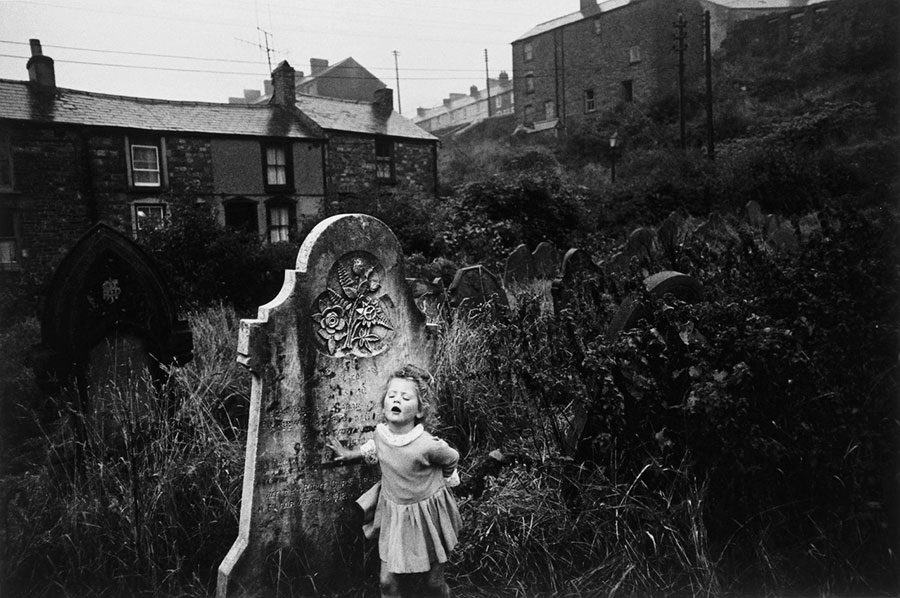 I hope that one day I will be able to catch an exhibition of Bruce Davidson’s work. Having gone through the first two volumes of Outside Inside I have been greatly inspired by Davidson’s ability to find pockets of beauty even when seemingly surrounded by poverty, darkness, and despair. Volume III is still to come!

Mother Teresa: Canonization and Photography
Photography and the Art of Seeing
Daido Moriyama – Shinjuku+ and Osaka+