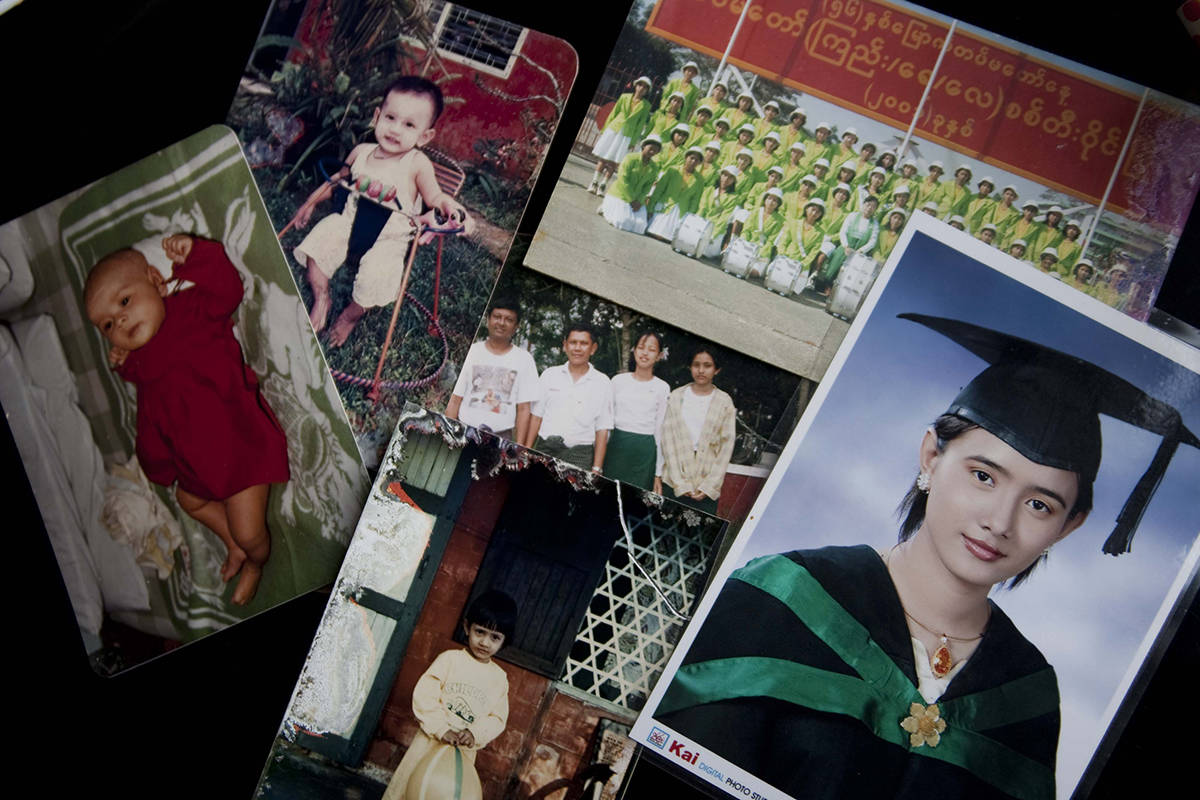 Like many Asian countries, Burma has a strong male-dominated culture with the popular belief that one reincarnates as males or females according to the good or bad deeds in his/her past lives. It’s an unofficial but widely accepted fact by society that males are superior beings than females and who fall in between such as gays, lesbians and transexuals are those who did unethical promiscuous activities in his/her past lives so shall be regarded as outcasts and lowly beings.Despite this tradition, rebellions always occur on the other side by challenging societal norms and values .

Eingyin is one of my high school friends in Burma. We went to the same girls-only high school in Burma, Single -sex schools can be regarded as one of the main places that give birth to tomboy/ gay culture in Burma. A year after Eingyin transferred to there in her middle school years, her tomboy identity developed and she became one of the most well-known tomboys in the school’s history with many dedicated fans and followers.

On my last trip to Burma in 2009, I had a reunion with my friend Eingyin and realized that she’s working in entertainment industry as a tomboy actor. At that period, according to my knowledge, she was the only real tomboy actor working in the modern day industry, the rare phenomenon in restricted culture of self-expression in Burmese tradition. So, I decided to work on this cultural significance by documenting my friend’s daily life as an actor and just by being herself, as a tomboy.