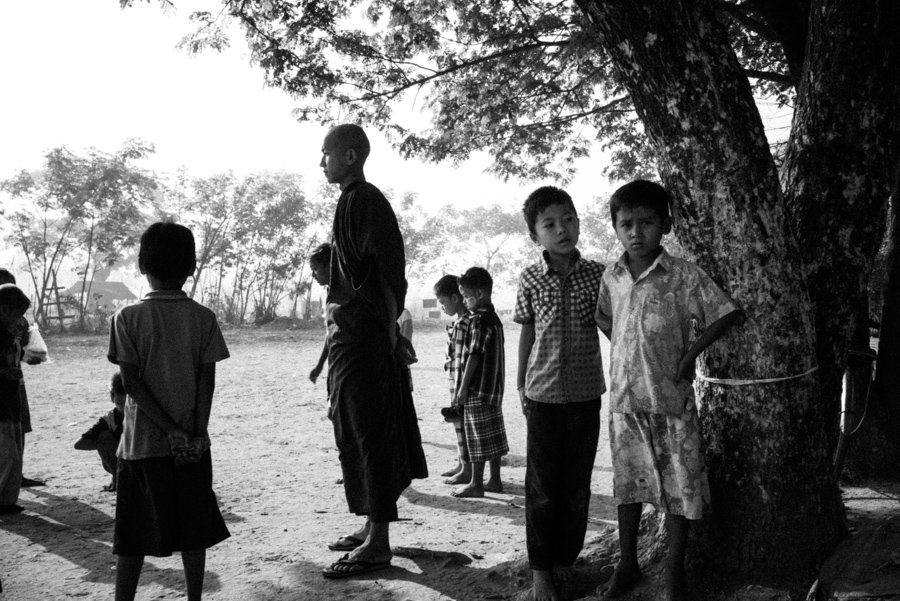 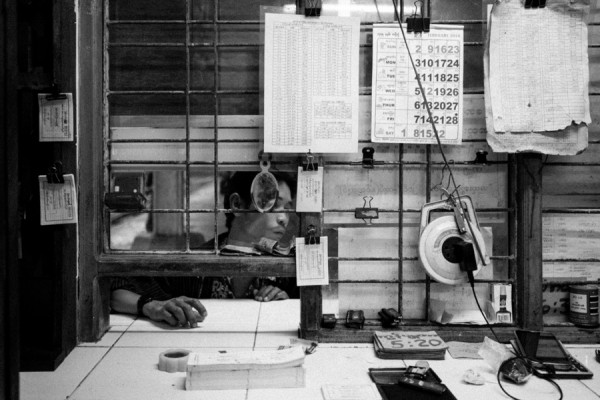 In a small homage to Myanmar and Chinese People On The Train, by Wang Fuchun, one of my favourite Chinese Photographers, here is a glimpse of the people and their stories at the Yangon Circular Railway.

The Yangon Circular Railway loops around the Yangon metropolitan area, providing the cheapest mode of transport to lower-income commuters. It runs 20 times (approximately 6am–6pm) and sells 100,000 to 150,000 tickets daily priced at 100kyats. Foreigners account for about 200-250 tickets priced at 1,200+kyats. 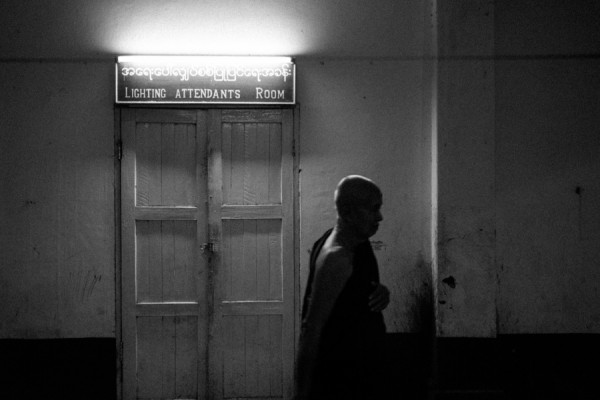 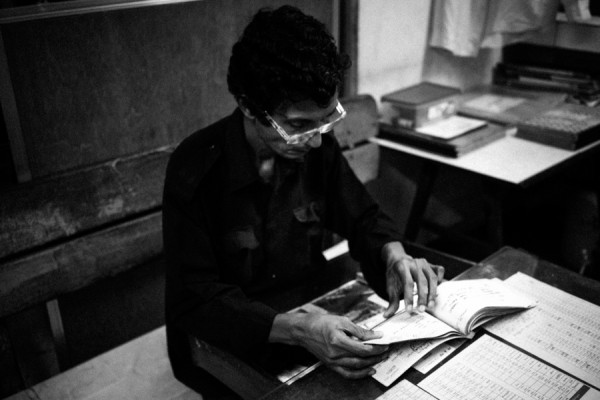 A cordial but nervous conductor issuing us 1,200+Ks tickets for the Railway at Platform 7. Photograph © Kevin WY Lee. 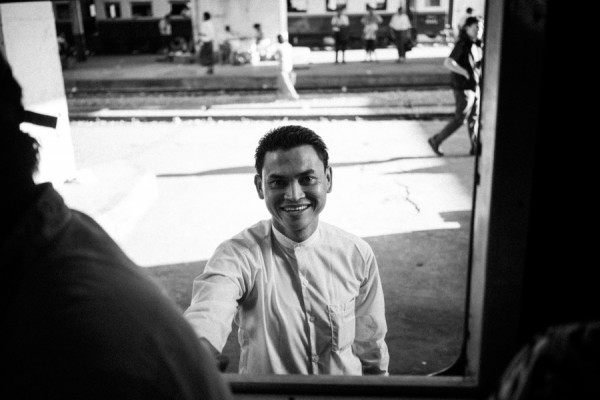 Commuters board the Circular Railway on Platform 7 at the Yangon Central Railway Station. It was there that I met 28 year old Koko when I caught my second trip, on the evening schedule. Koko volunteers his service as a conductor and host as he speaks English. He learns English from free classes provided by a monk in exchange for token donations. Koko is also taking F&B classes and hopes to find a hospitality job in Dubai in the near future. 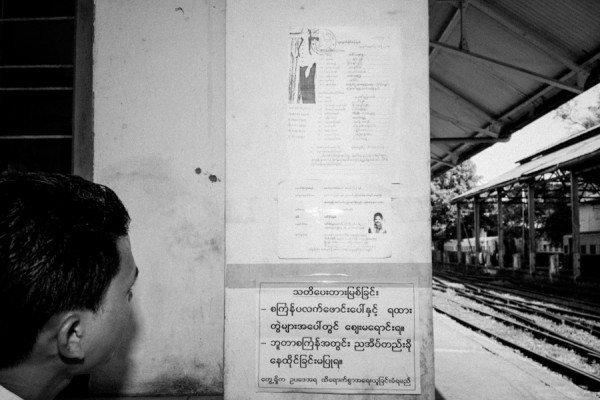 Koko inspects the posters of a missing woman and a missing child on Platform 7. Photograph © Kevin WY Lee.

I’m currently collecting Public Notices in the various cities I visit so asked Koko about the two posters of a missing woman and a missing child posted up at the Platform. Koko said he knew the woman. She used to work nearby at a beauty palour and caught the train regularly. He guesses she found a new lover and eloped, and the boy probably didn’t like the mother’s new husband and ran away preferring freedom on the streets. Crime is low in Yangon so people usually go missing by choice not consequence, he added. 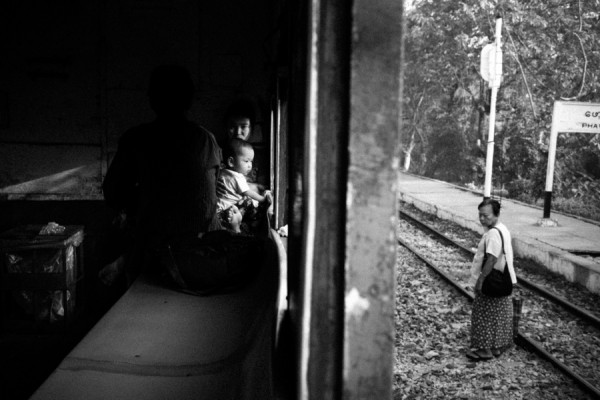 A family on board the Circular Railway. Photograph © Kevin WY Lee. 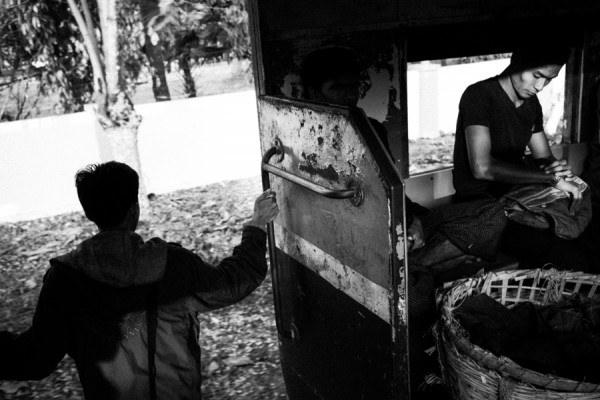 Morning commuters on the train. The young man on the right plays a midfield position in soccer. © Kevin WY Lee. 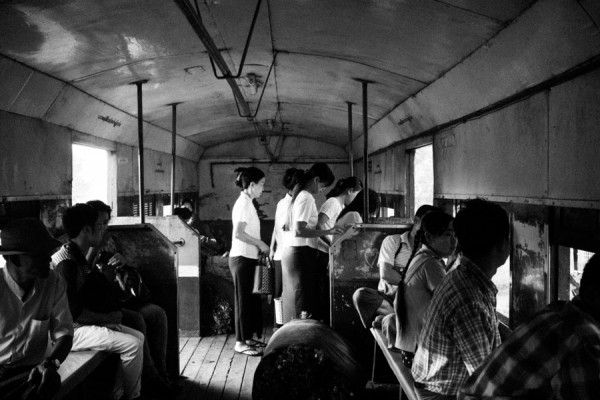 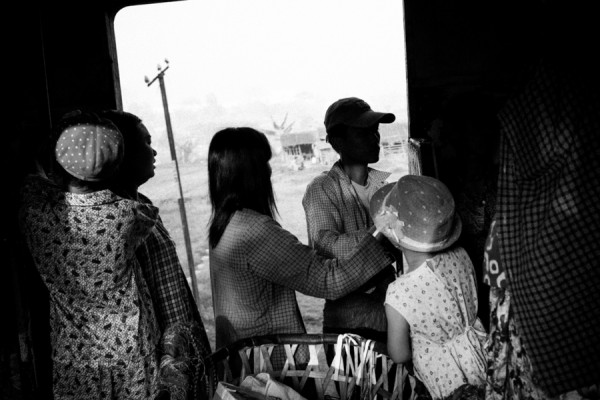 A family on the morning train. Photograph © Kevin WY Lee. 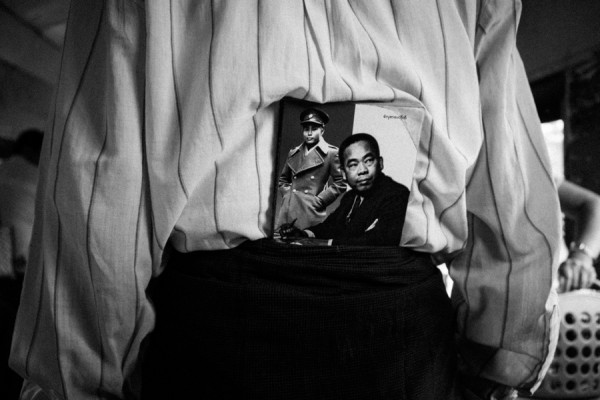 A posed picture of a Bogyoke Aung San Book tucked into the back of a friendly old man’s longyi. © Kevin WY Lee.

I noticed a Bogyoke Aung San Book tucked into the back of a man’s longyi and tried unsuccessfully to take a candid picture of it. Aung San was the revolutionary, founder of the modern Burmese army and Aung San Suu Kyi’s father. An old man sitting nearby saw my unsuccessful attempt and tried to explain it to the man, asking him to pose once again for me. The longyi man didn’t quite understand so the old man grabbed the book and tucked it into his own longyi and gestured me to take a picture. It was a comedic moment. I took a picture then offered him a Red Ruby cigarette, Myanmar’s most popular brand. 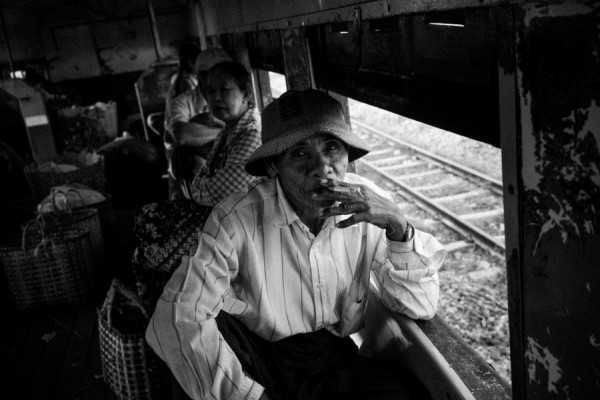 As the train moved from station to station, enterprising folks hopped on and off peddling food, stationery, maps and eucalyptus oil (to name a few) to commuters. And each one seemed to have their own song to sing of their wares. 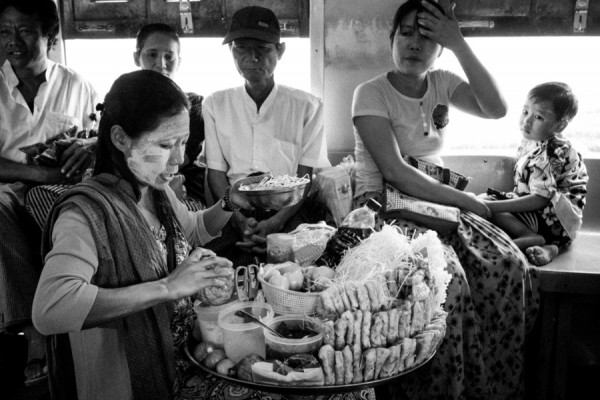 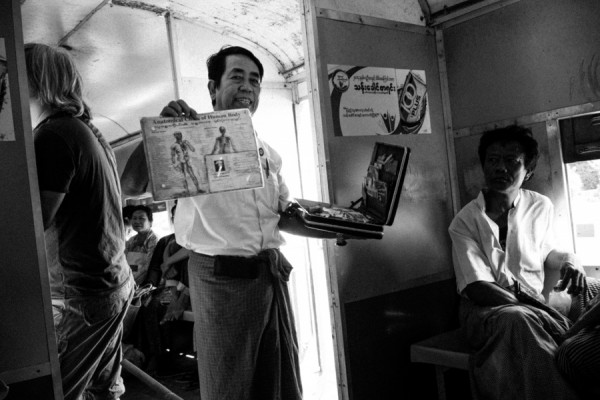 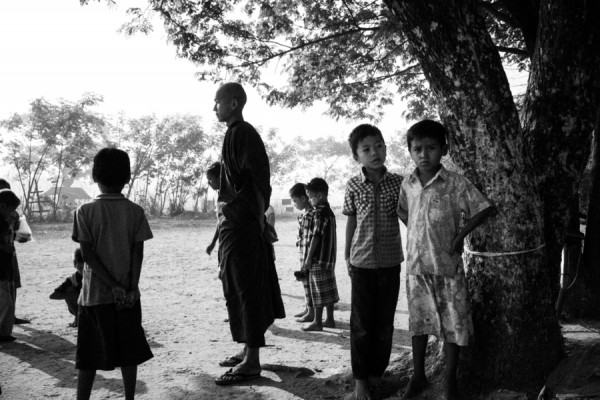 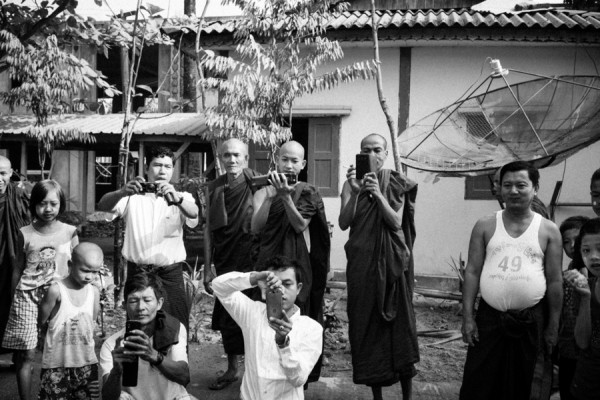 Returning the favour. Monks and villagers near Danyingon Station photograph us back. Photograph © Kevin WY Lee. 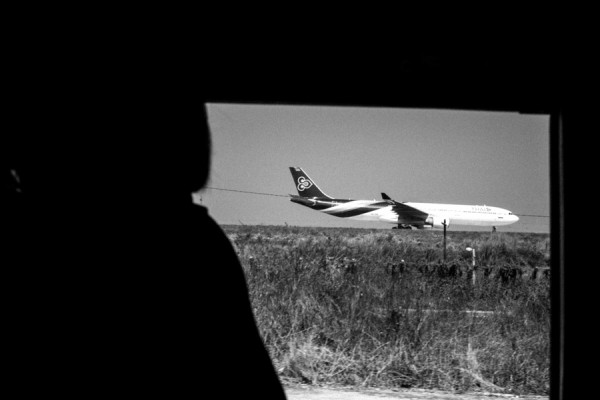 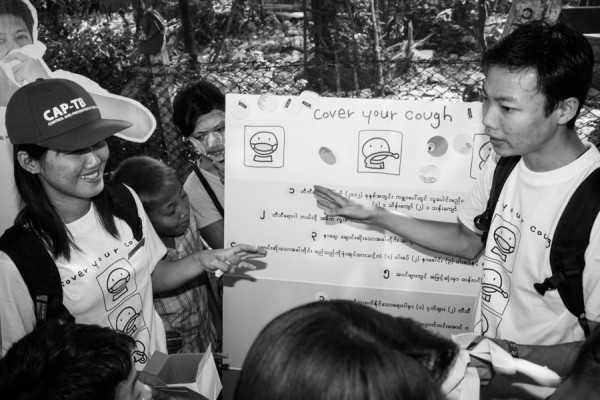 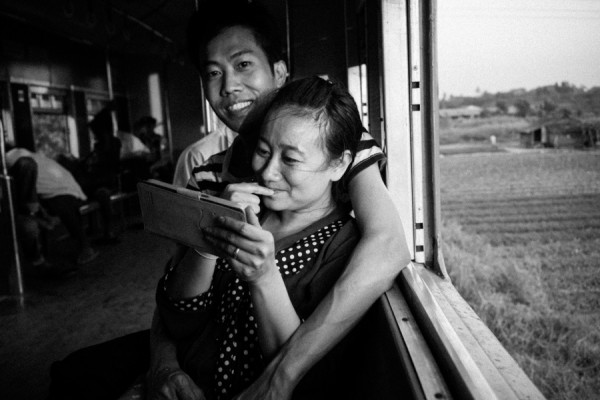 A lovely couple sat quietly next to us on the train ride enjoying the sights and each others company. Nearing the end of the journey, the man disembarked at a station to buy a bottle of water for his companion. He returned and surprised us with a bottle too and a fluent command of Chinese Putonghua. Zaw Lin Htike was Burmese, 36 years old and worked as a chef at a Chinese Restaurant in Genting, Malaysia. His fiancee was 33 year old Yin Myat Myat Kyaw. She used to work in Bangkok, Thailand. They first met on Facebook and chatted online for 6 months before Myat Myat Kyaw gave him her number. They spoke on the phone for a year before finally meeting in person at the airport last week when he returned to Myanmar. They will wed next month in April before he flies back to work in Malaysia.